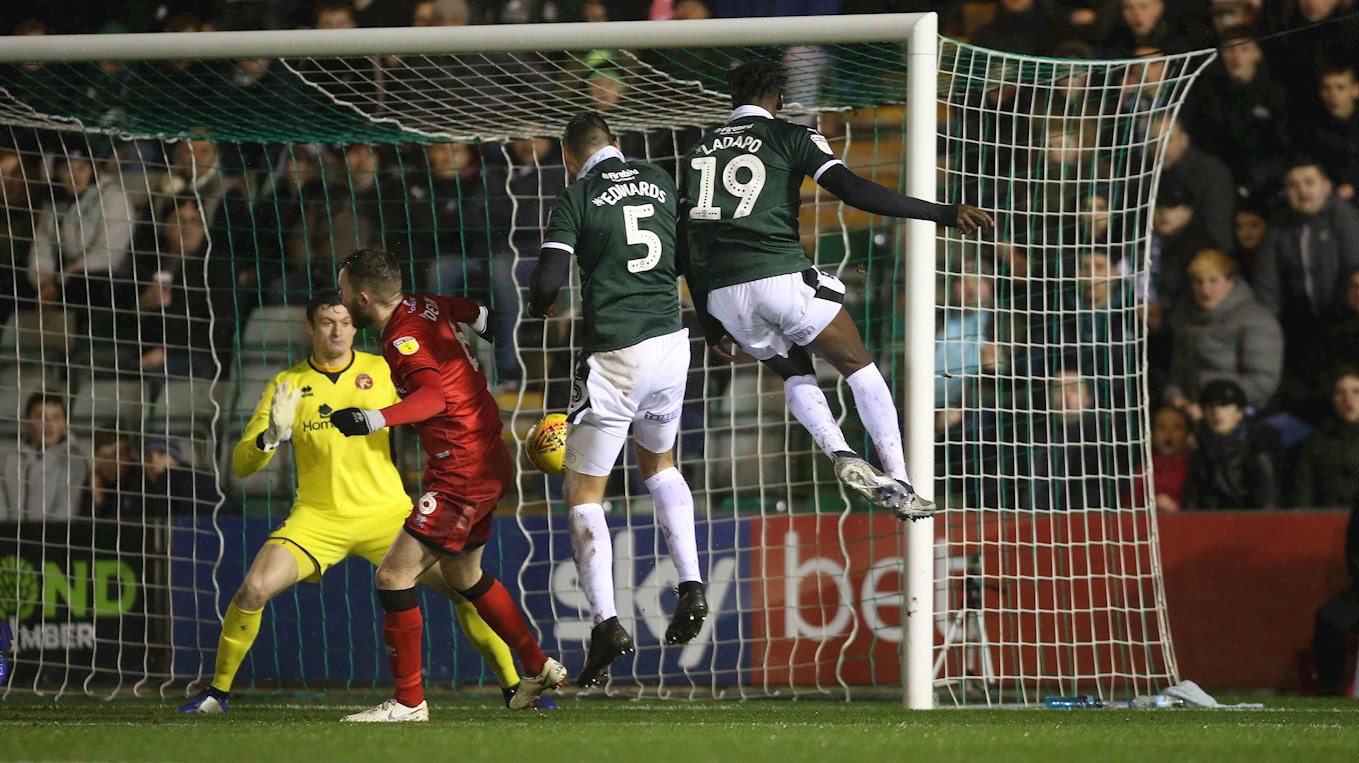 ARGYLE manager Derek Adams was delighted the players were able to heed his advice and score twice from set-pieces on Tuesday night, as Ryan Edwards and Niall Canavan both netted to give us our second successive 2-1 win, against Walsall in Sky Bet League One.

Much like Saturday’s victory over Coventry, the game burst into life in the second half, when Ryan nodded home, swiftly followed by a second from the head of Niall.

Despite a late consolation from Andy Cook, Walsall were unable to break down the Pilgrims for a leveller and deny them three points that moved Argyle out of the relegation places.

“I spoke about getting more goals from set plays and hopefully they [the players] have read that,” said Derek.

“It was a really good win for us. We were one of four teams playing tonight. To get the victory and put us into 17th position in the league was vital, and we have sent a lot of Argyle fans home happy.

“It looked like we were going to go on and win convincingly again. We had to weather a wee bit of a storm towards the end but we got the three points.“

“The set-piece delivery from Graham Carey was exceptional tonight, two of them,” said Derek.

“Graham’s delivery can be good sometimes. We have scored from [David] Fox’s delivery already this season. Ryan Edwards and Niall Canavan are two big players at the back to go and get the goals.”

Argyle will be particularly pleased to keep momentum going on a cold, wet, horrible Tuesday night. Despite awful conditions, Derek was thrilled with the wonderful Green Army support.

He said: “The fans have gone home on a rainy cold night and they are happy the players have put in a terrific effort for everyone who came here tonight.

“Its a major win for everyone, especially for the players because they have worked ever so hard to get themselves into the position. They have scored a good number of goals in front of the home crowd and we are seeing a lot of good play.

“We have shown that we can win games in a great footballing way; we did that at times tonight. We also had to grind it out because of the night it was, it was a terrible night.

"We showed a bit of steel tonight but I think you need to when you want to move up the league.“