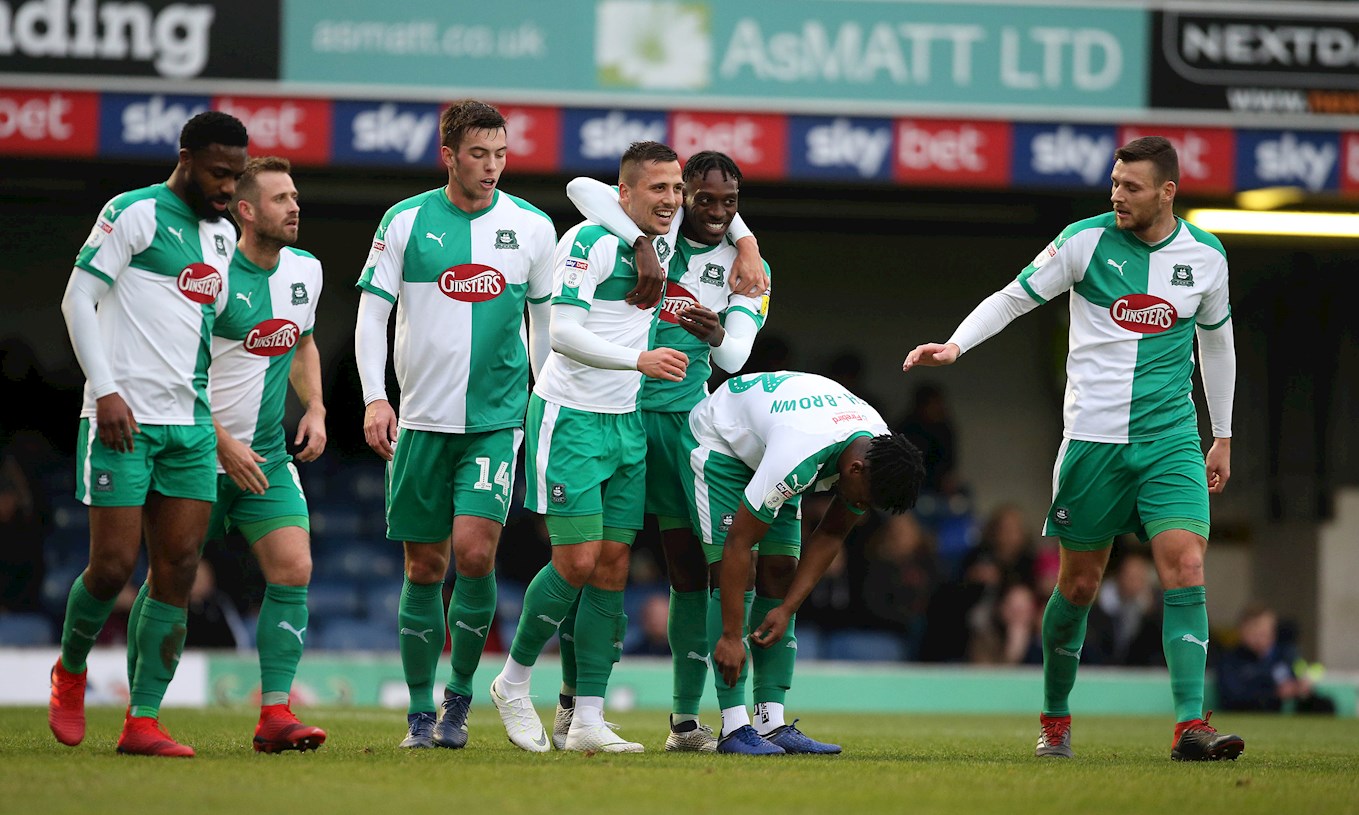 ARGYLE maintained their unbeaten start to 2019 with a second successive three-goal haul in another dominant display that was only slightly undermined by two late Southend goals – a dubious penalty and a worldy goal.

Antoni Sarcevic again put the Pilgrims on the way to three Sky Bet League One points, opening the scoring for the second successive match midway through the first half. It was the Mancunian midfielder’s fourth goal of the campaign.

Second-half goals from Freddie Ladapo, obeying the Immutable Law of the Returning Player, and Ruben Lameiras – his fourth goal in three games post-Christmas – proved vital to completing a largely emphatic and comprehensive win, one which makes the Pilgrims’ still lowly league position something of a conundrum.

A somewhat harsh penalty award allowed Simon Cox to reduce the margin before, in injury-time, substitute Charlie Kelman scored with a shot from his own half, the double fortune threatening to undo all the Pilgrims’ great work.

To only the mildest surprise, Pilgrims’ manager Derek Adams named a starting line-up unchanged from that which had begun their previous 3-0 disposal of Oxford United at Home Park on New Year’s Day.

Oscar Threlkeld, on a temporary transfer from Belgian top-flight club Waasland-Beveren, began his fourth spell as a Pilgrim on the substitutes’ bench alongside his former Bolton club-mate Joe Riley and on-loan Arsenal goalkeeper Matt Macey, who had been absent with a leg injury.

Southend were missing forward Theo Robinson, through a suspension dealt out for his sending-off in a midweek Checkatrade Trophy home defeat by Portsmouth, and injured defender Taylor Moore. Top scorer Cox and fellow veteran John White were recalled.

The opening of the game saw plenty of endeavour between the penalty areas, but virtually nothing inside them before Argyle came close to winning the waiting game.

Sarcevic slipped Ladapo in behind the home defence, giving the former United man a clear sight of goal. He maybe took a nanosecond too long to sight the goal and measure his shot, but it still required a brave and well-timed tackle from White to deny him.

Blue touchpaper lit, the game bubbled into life. Southend’s first attack, when it came, ended with Isaac Hutchinson firing over from a decent position.

Letheren, finding his defensive duties somewhat redundant, then launched the attack that saw Argyle get their noses in front. His quick punt up field was directed onwards by Ladapo and the ball fell for Graham Carey to send a cross into the box from left to right.

The delivery was not really going anywhere dangerous but Stephen Hendrie’s misjudgement of it allowed Sarcevic to seize on the loose ball and slide it across Nathan Bishop into the far corner.

Southend’s response was to send Hutchinson up front alongside Cox but, with the injured Harry Bunn being replaced by Michael Kightly, they troubled Argyle no more than they had with only one in the van.

There was one slightly anxious moment when Timothee Dieng got his head to a rare home corner, but David Fox was perfectly positioned on the goal-line to nod the ball away with the same sort of nonchalance that had accompanied his wonder-strike at Wimbledon.

Argyle’s half-time lead was so nearly doubled in time added on to the first 45. First, Sarcevic again found Ladapo in behind but this time Bishop castled his attempt. Then, Lameiras fired off a fierce shot that passed Bishop’s post with the goalkeeper committed.

Southend began the second half with purpose and looked threatening. For all of four minutes. Fox tore their flimsy defence asunder with one devastating pass up the line, into the channel to find Ladapo, willingly running there for the umpteenth time this season.

The effort proved worth it as he cut inside, gloriously free of a marker, strode forward and placed a shot across Bishop. Checkmate.

The feisty overtones of the previous encounter this season between the two teams at Home Park briefly surfaced, with Sarcevic the focus of some harsh treatment, and five players were shown a yellow card within an eight-minute spell.

The result had never looked in doubt from the moment Sarcevic opened the scoring, but Lameiras removed any lingering concerns when he steered home his eighth of the campaign following a goalmouth scramble midway through a second period owned almost entirely by the Pilgrims.

The ball reached him after Carey was clearly fouled by the already booked Dieng and, with referee Graham Salisbury not looking like awarding the penalty, it was a good job that Lameiras took away any possible repercussions.

Salisbury did award a penalty – on his assistant’s say-so – at the other end, after Sam Mantom’s shot rather slammed into an Argyle hand with five minutes to go.

It looked to be nothing more than a consolation before, in the second of four minutes added on to the 90, Kelman saw Letheren way off his line and launched a Beckham-esque shot from inside his own half.

That did prove to be a mere, although spectacular, consolation.