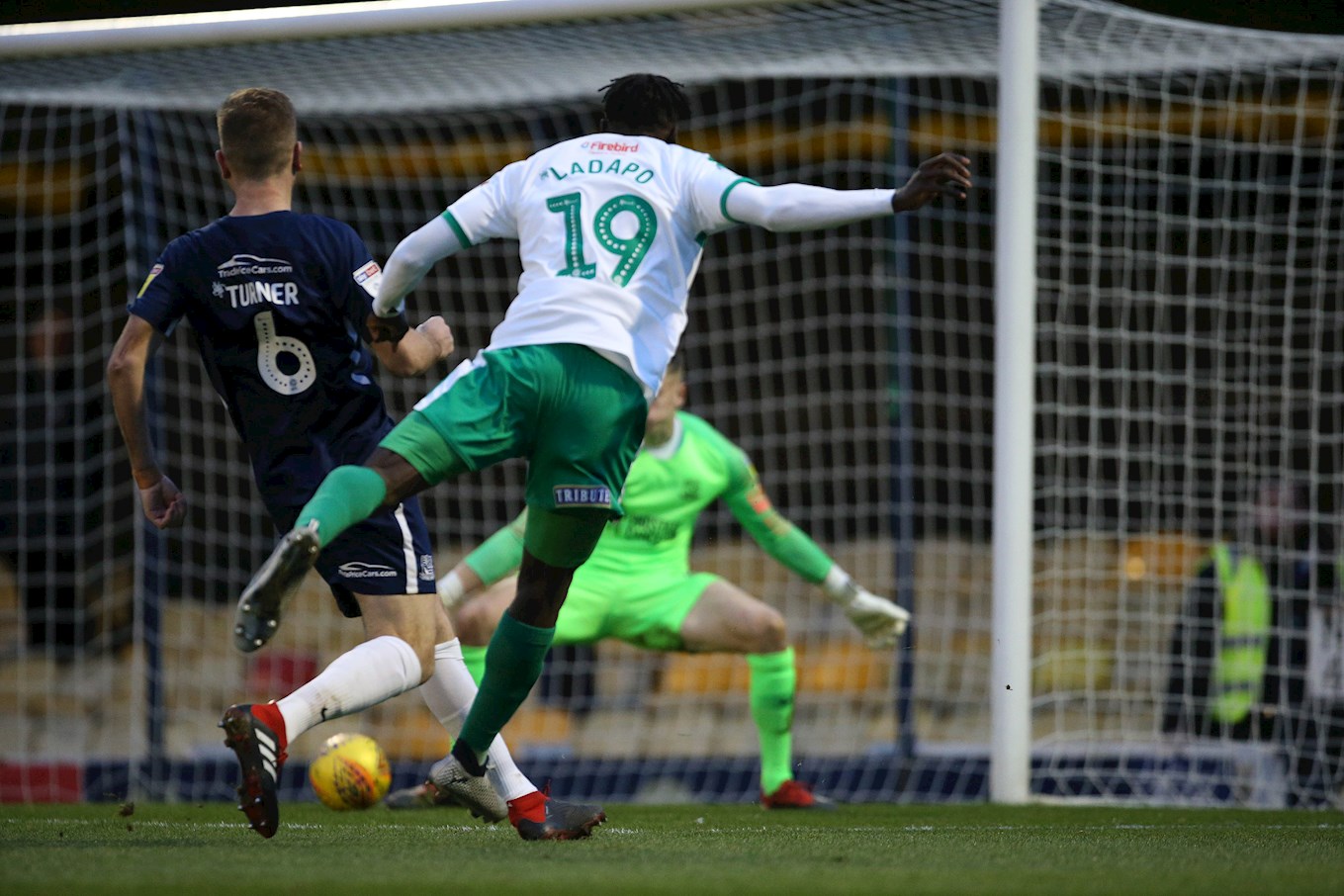 FREDDIE Ladapo gave Southend United a taste of what they are missing by scoring the second goal in Argyle’s impressive 3-2 win over the Shrimpers in Sky Bet League One.

After failing to score in a spell at Southend last season, Freddie made the move to Home Park in the summer and has now reached 13 goals after netting in a victory that also saw Antoni Sarcevic and Ruben Lameiras on target.

It is the second successive win for the Pilgrims, following the 3-0 win over Oxford on New Year’s Day, and Freddie’s combination with Lameiras and Graham Carey in the attacking trio has helped to bring a marked growth in confidence and togetherness throughout the team.

“It feels good to be back,” said Freddie. “I didn’t get to score any goals in the short time I was here [at Southend], so it was good to get on the score-sheet.

“We’ve had a lot of confidence in the last couple of games and felt a real togetherness. You can see that in the way we attack and the way we all press and defend. We’re going more as a team, rather than the first half of the season, when it was a bit mix and match.

“When you play as a team, things become easier. I felt like I held it up well [for the first goal] but then there’s the pass from G [Carey] to Sarcevic, who has to do a lot to finish, so that takes three players in one move.

“I missed a couple [of chances] and it's been a while since I’ve finished, so I was a bit rusty. I was getting in behind a lot and when Foxy [David Fox] played a lovely ball down the channel, I was there. Missing the first couple allowed me to be a little more composed and take my chance.

“It was very pleasing to give us a two-goal cushion. We really started to see Ruben and G come into it and show what they are capable of doing. We’re also working hard to get the ball back from the front.

“This team suits me a lot better [than my time at Southend]. The manager has taken me in and wants me to do well, keeps playing me and giving me the right amount of confidence.

“The fans getting behind you and chanting your name gives you a lot of confidence, makes you run that extra bit harder. It didn’t work out [at Southend] but you can’t think about the past.

“The performances are the most important thing for us. Every game is a hard game but we’re playing with a lot of confidence.”