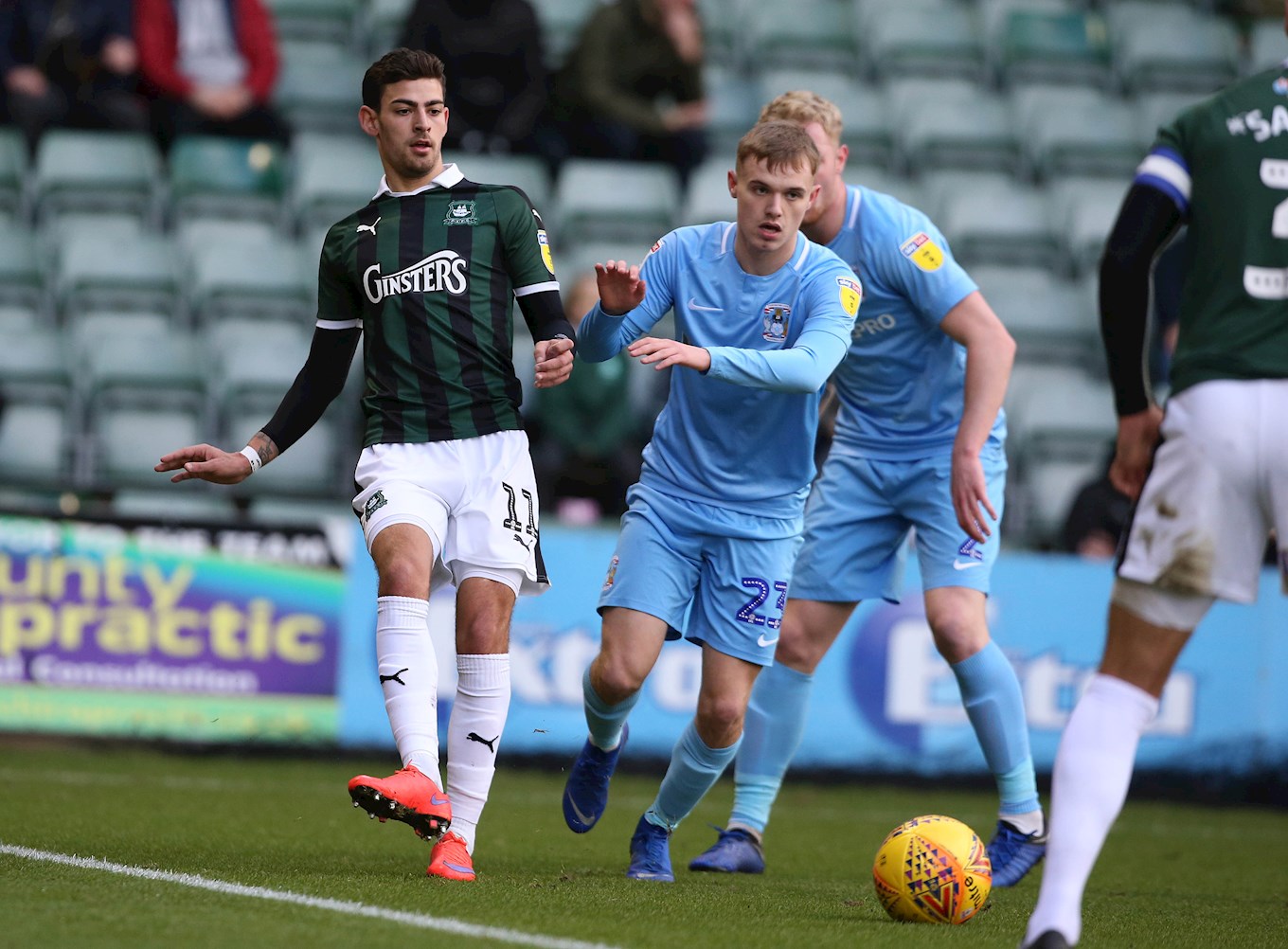 ARGYLE manager Derek Adams was delighted with match-winner Ruben Lameiras’ performance, scoring twice as the Greens came from behind to beat Coventry City 2-1 in Sky Bet League One at Home Park.

His double today means that Rubes has racked up six goals in his last four games and Derek was sympathetic with the midfielder, as he thought he could have been heading home with the match ball.

Veins of form don’t come much richer and Derek was hard pushed to remember a time when Ruben has played better than he is currently.

“He has come up with two very good goals, he is probably unfortunate not to have scored a hat-trick today,” said Derek.

“As I said before the game, he is in the form of his career. He is scoring goals, he is making opportunities for other people. Us purists will give Lameiras the man of the match.

“He has shown really good form, he has been a talisman at this moment in time. We have got Freddie Ladapo, Graham Carey and Ruben Lameiras, who can all score goals and [Antoni] Sarcevic had been the one that had scored in previous weeks as well, so it’s good we have players all over the park capable of doing that.“

It is now three wins from three games in 2019 and confidence is clearly flowing through the Argyle ranks as we head into the home meeting with Walsall on Tuesday night.

While Ruben and his attacking comrades take the headlines, Derek has been equally pleased with the defensive displays in our victories over Oxford, Southend and Coventry.

“There is a majority of the players who have gained confidence and you get that with results,” said Derek.

“In the last two games, we have had two fabulous goals scored against us and a penalty kick, so from that point of view it’s pleasing in the last three games we have done well defensively and limited the opportunities for the opposition.

“We had 10,600 here today, that’s very good because we are able to generate extra revenue for the football club. Going forward, we want to fill this stadium week in week out.“