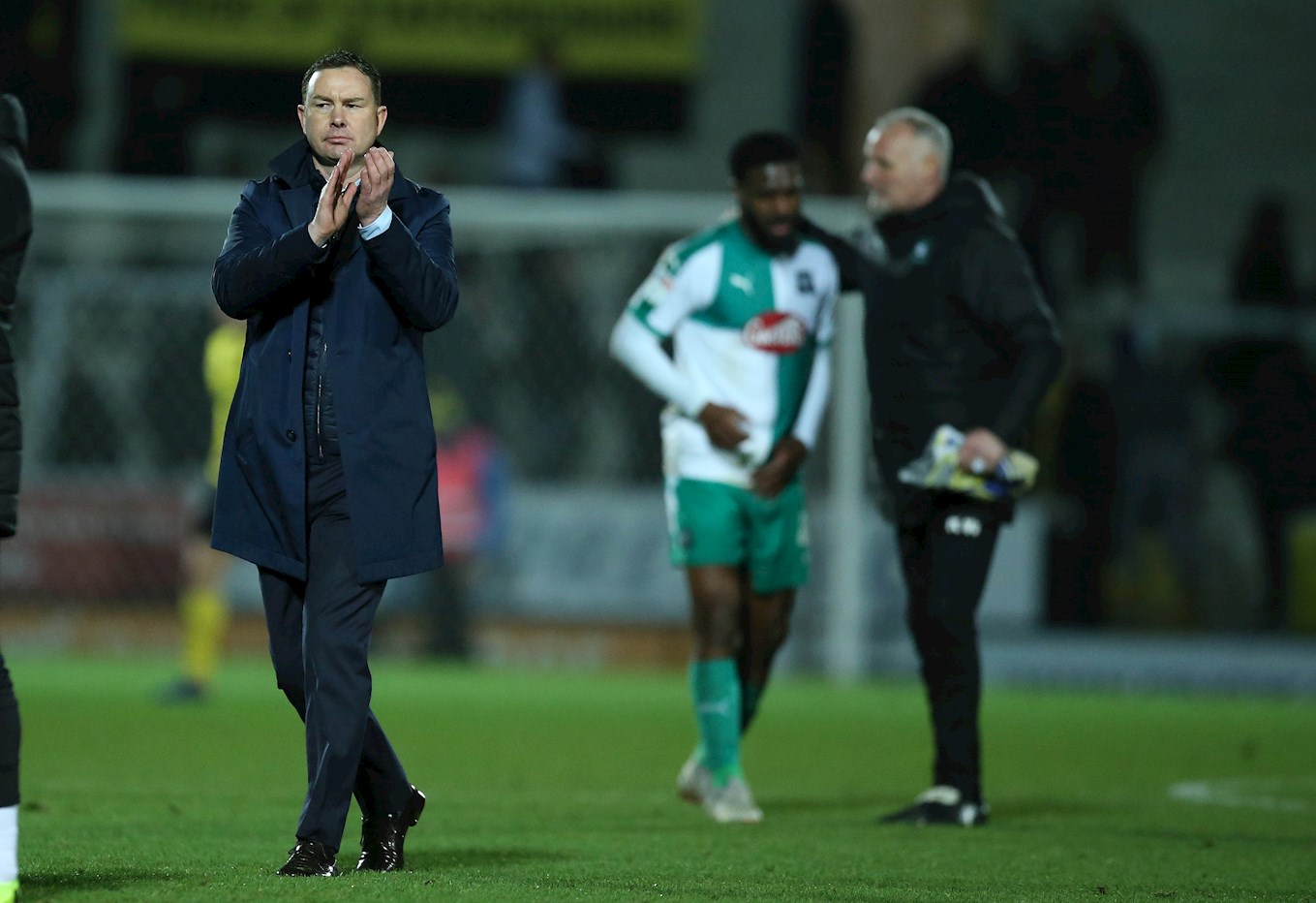 DESPITE working hard to bolster his squad this month, Argyle manager Derek Adams says there are no imminent arrivals or indeed outgoings on the transfer front.

Oscar Threlkeld remains Argyle's only acquisition so far in this January window but Derek is hopeful of some movement in the near future.

“There is no update on ins or outs at this moment in time,” said Derek. “We are just continuing to work on trying to get players in."

Very rarely does the boss elaborate on speculation but he did confirm there will be no Home Park return for Goalkeeper Remi Matthews, who previously joined on loan from Norwich City due to our goalkeeper crisis during 2017/18.

Matthews recently returned to Carrow Road after a brief spell at Bolton Wanderers, but the Pilgrims are well stocked in the custodian department, with Matt Macey, Kyle Letheren and youngster Michael Cooper, who is available for loan.

“Yes [I would rule out Remi Matthews] because we have three goalkeepers at this moment in time, we won’t be adding a fourth,” said Derek.

“I obviously know that Remi is going back to Norwich; he is either going to stay at Norwich or probably get sold to another club.

“Cooper is available to go on loan if we find the appropriate club. It has to be at the right level for him to develop and, at this moment in time, the right level is the National League or League Two.”