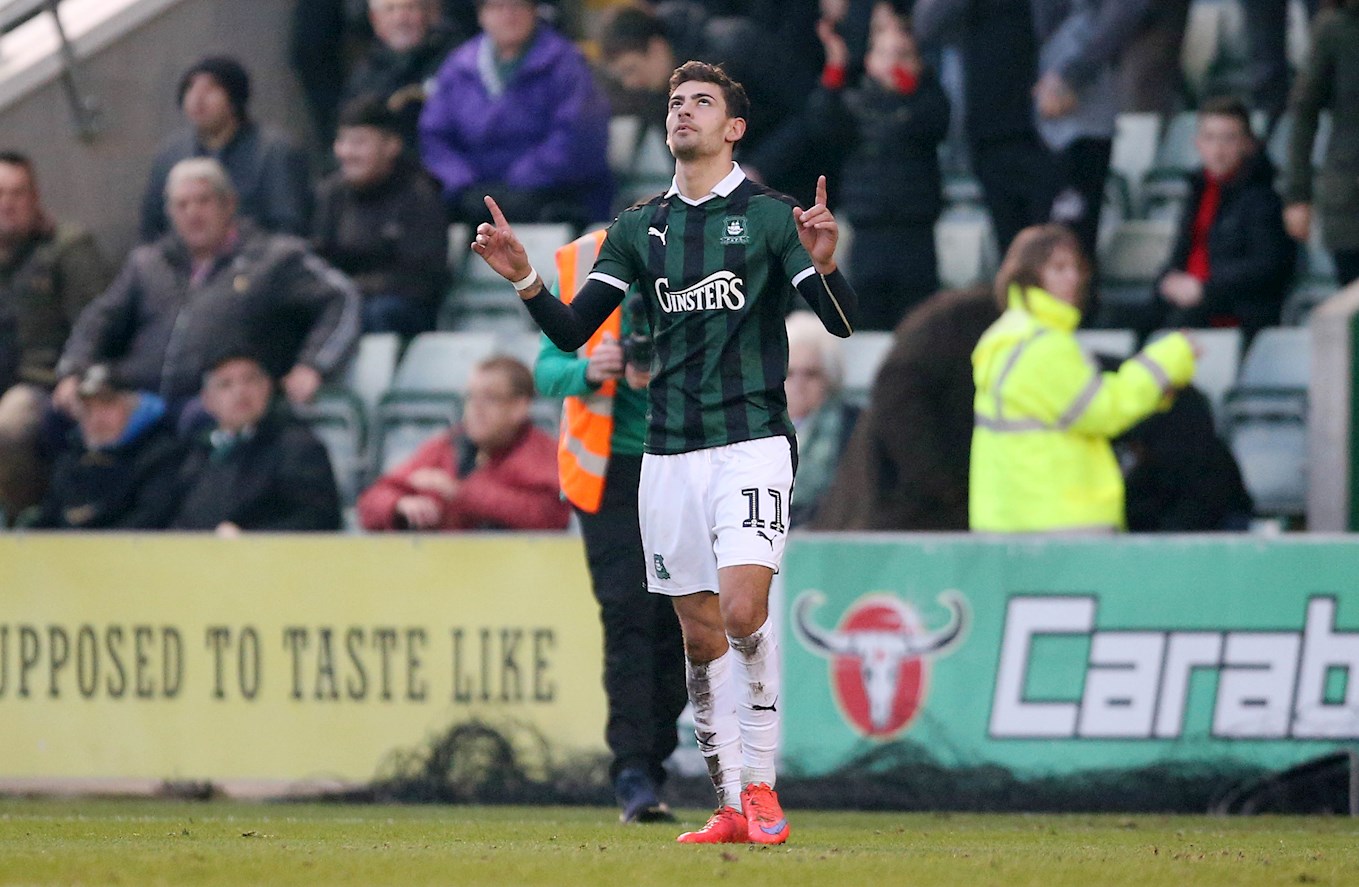 WHILE the Green Army were chanting the name of their match-winning playmaker Ruben Lameiras during the final minutes of Argyle’s home tie against Coventry, the man himself was keen to impress that it’s all about the team.

Ruben improved upon his career-best run of form against his former employers, who he represented over 50 times and won the EFL Trophy with in 2017. He maintains, though, that the focus was on hauling Argyle back up the Sky Bet League One table.

“It’s not just about me, my goals have come from brilliant individual play from other players who have slid me in,” said Ruben after his second-half double sunk his former club.

“It’s just about the boys. If they’ve got a bit of confidence in me, they know that if they supply me, I can come up with the goods. A lot of it is down to them. It’s not an individual sport, it’s the team that gets us ticking and gives me the ball in areas where I can be dangerous.

“It was about the performance, really. I was desperate for a win. We knew if we got back-to-back wins today, and then Tuesday (against Walsall), that could catapult us in the league. That was the main thing going through my head, not about who we were playing against. It was about getting the three points and seeing where that takes us.

“I had to keep my professional head on, just take it as any other game and make sure that I was in a good mental space for the team, which I think I got correct.”

Saturday’s brace moved Ruben on to 10 league goals for the season, which has led manager Derek Adams to declare that the attacker is in the best form of his career – a purple-patch that the Portuguese is extremely keen to extend, for the Argyle supporters as much as for himself.

“It’s a great feeling,” he said. “I try to reward them [the Green Army] with good performances and good results, first and foremost. I always try to do my best and get the fans on their feet by being a positive and direct player.

“I think I’m a player that, once I’m confident, I can try and do as much as I can. I’m taking each game as it comes, I’m not getting too carried away. The most important thing is the team. As long as we keep winning, and I can be a positive influence on the team, then I’m happy.

“I want to keep going and get as many as I can. As long as I can keep helping the team, I’ll just keep going, tunnel vision.”