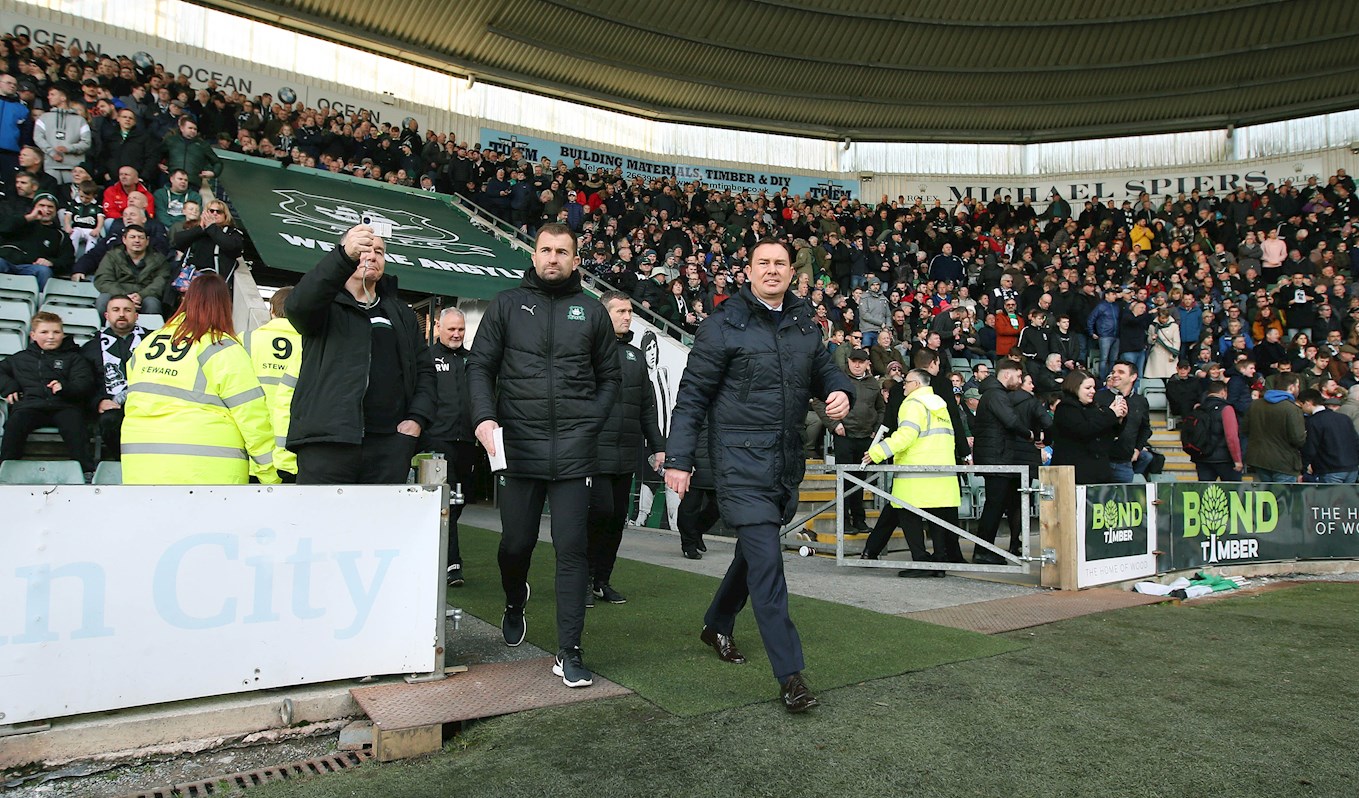 THE January transfer-window is open, and Argyle are looking at bringing in at least two players to supplement their attempts to secure Sky Bet League One safety over the final 20 matches of the season.

Manager Derek Adams has already spent many hours researching, targeting and talking to players and agents. Now, it is a waiting game.

He said: “Whatever happens in the transfer window happens. We are going to get players we can get in; we are going to lose players that we cannot get in. That’s the nature of the business.

“We have got the possibility of taking in two or three players at this moment in time, depending on costs, depending on whether it is going to be on loan or permanent; if it is a loan, sometimes that is better financially, so we might be able to take in more players.

“Two players have gone out – Harry Burgoyne and Stuart O’Keefe – which has released money for us to use.”

Before that, and before the Pilgrims’ next game at Southend United on January 12, Derek and his squad are going to take a well-earned late Christmas break over Emirates FA Cup third-round weekend.

“We’re going to take a good few days off, rest, and come back and be ready for the Southend game,” he said.

“I am going to have time off myself, and relax and enjoy that spell. I’ll be away from the football club for a good number of days to get myself a rest. The players need it, and I need it, as well.”