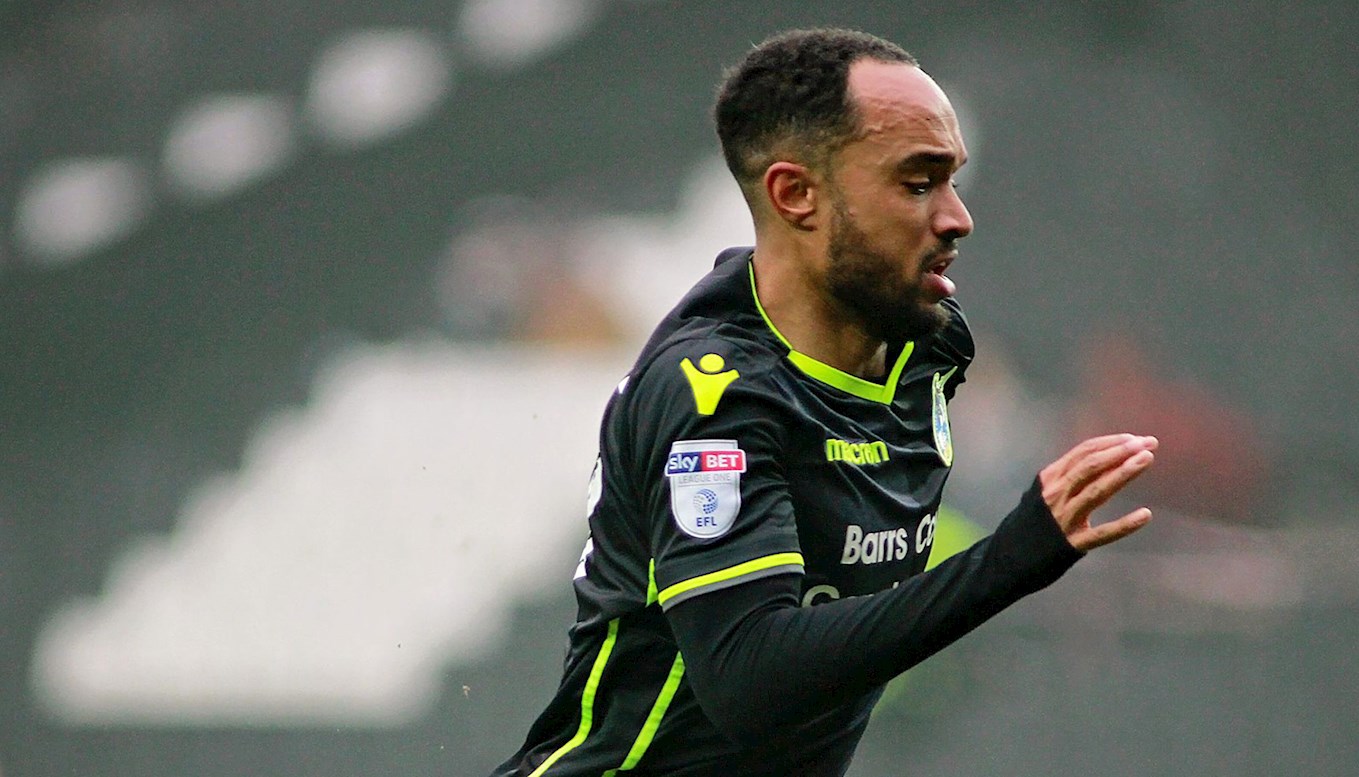 BYRON Moore has a lot for which to thank Argyle manager Ryan Lowe, and not just for making for him the Pilgrims’ latest signing.

Indeed, the very start to the former Bury forward’s career in professional football was also intertwined with Ryan’s own playing days – had Ryan not picked up an injury in his playing days, Bryon’s first first-team appearance would not have happened when it did.

Starting his career at one of the manager’s former clubs, Crewe Alexandra in 2006, Byron made his debut for the Railwaymen only because the man who has signed him for Argyle was injured.

A graduate of the Crewe Academy, Byron cut his teeth in the Northern Premier League with Kingsmeadow Athletic in 2006-07, impressing the Grove by scoring seven times in 15 appearances.

One year, and Ryan’s misfortune later, he established himself in a Crewe side that also included Argyle assistant-manager Steven Schumacher, making his debut on August 11, 2007, helping the Alex beat Brighton & Hove Albion 2-1.

The pacey winger made a Wembley appearance in 2012, scoring the second goal in a 2-0 win over Cheltenham Town in the League Two Play-Off final. Former Argyle players Luke Summerfield and Jimmy Spencer were on the losing side that day, while another former Pilgrim, Kelvin Mellor, started for Crewe.

The following season, back at Wembley, he assisted goals from Luke Murphy and Max Clayton as Crewe beat Southend United 2–0 to win the Johnstone’s Paint Trophy.

After seven years, more than 260 appearances and 30 goals, Byron had his sights set on pastures new and signed for Crewe’s rivals Port Vale in 2014, making more than 50 appearances in two seasons before joining Bristol Rovers in 2016.

In his two years with the Gas, he left his mark, with his second goal for the club – a 1-0 winner away at Wimbledon – being the fastest ever in Rovers’ league history, coming after just 11 seconds.

Altogether, he made 56 appearances at the Mem, before linking up with Ryan Lowe at Bury in 2018.

Bury were the highest scorers in League Two, gaining automatic promotion; Moore featured in 38 games in all competitions and bagged seven goals.

Byron is sponsored by team ZAS, a consortium of three fans from very different backgrounds who are delighted to be entering their third year of Player Sponsorship.

Steve Fenn is co-partner, along with Michelle Weir, of Lameys Insolvency and Business Recovery; Andy Sheldon is an former Lords groundsman and currently a sports grounds consultant specialising in cricket pitches and grounds; and Zac Newton is Argyle’s Club Secretary and Head of HR who spent 35 years in the Royal Navy before joining the Greens.

All three have been Argyle fans for many years and met through sitting in the same area of the Lyndhurst Road Side stand for several years.