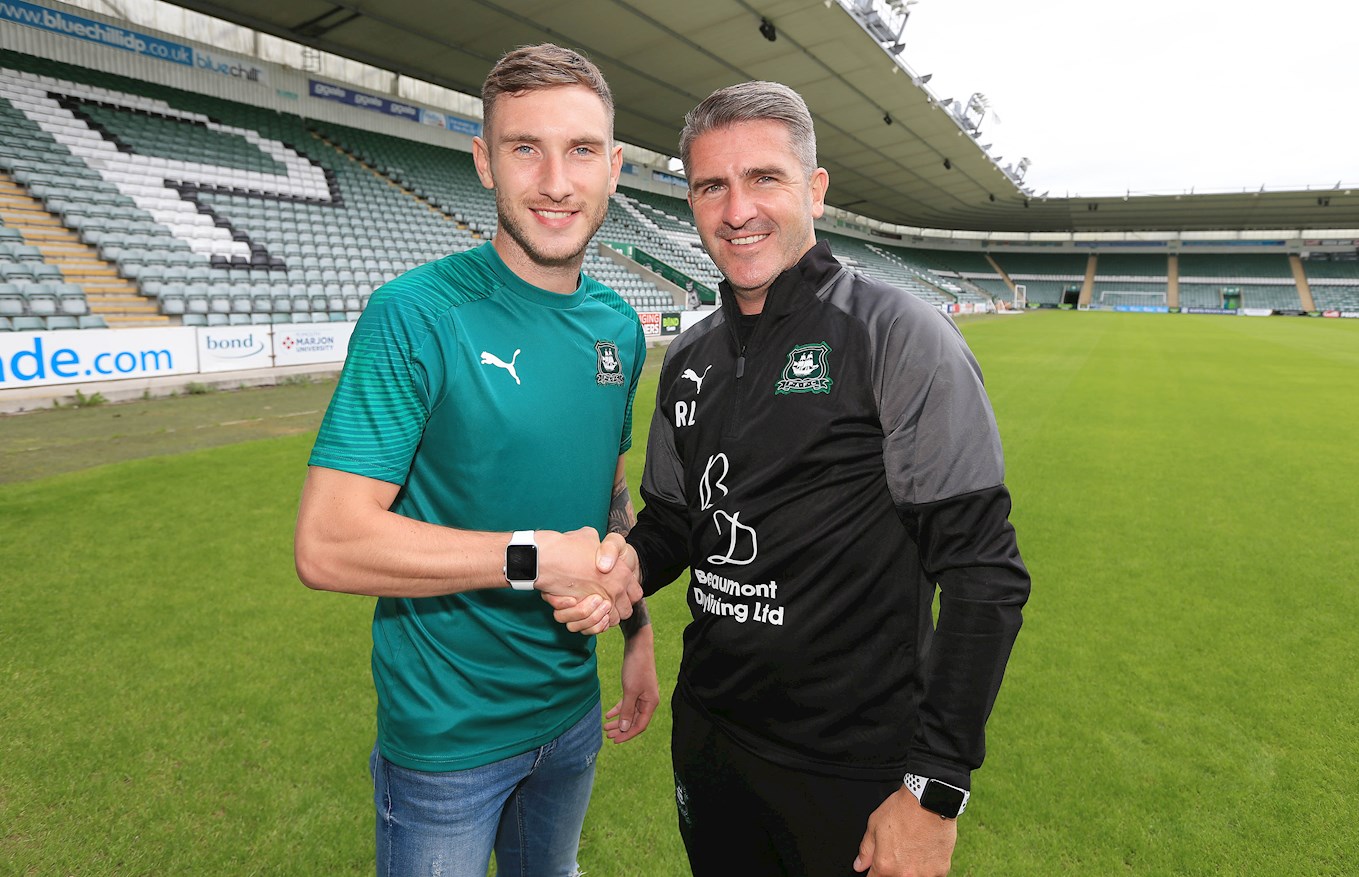 The former Bury playmaker turned down opportunities elsewhere to come to Home Park and join his former Shakers’ boss, who has also added Joe Edwards to his Pilgrims’ squad since taking charge.

Danny, 28, made 44 appearances across the Bury midfield last season, scoring 12 goals and contributing the same number of assists, form which earned him a place in the Sky Bet League Two Team of the Season.

One of those goals – at home to Grimsby Town – won the Sky Bet League Two Goal of the Month award for the Shakers’ No.10, who will wear the same number at Home Park.

Lancashire-born Danny started his career at local club Preston North End for who he made 64 appearances before a spell at Sheffield Wednesday.

With opportunities limited at Hillsborough, Danny moved to Bury in 2013, initially on loan, and went on to make 235 appearances for the Shakers, scoring 36 goals and assisting another 42.

Danny is sponsored by Snows Van Centre in Plympton, a Volkswagen Approved Commercial Vehicles Dealership. The centre sells new and approved used VW Commercial vehicles, including the iconic and award winning Volkswagen Transporter. Snows has an approved service centre on site, carrying out vehicle servicing, repairs and MoTs. It opened in November 2015 and continues to grow its sales and servicing teams to meet the growing needs of its customers.