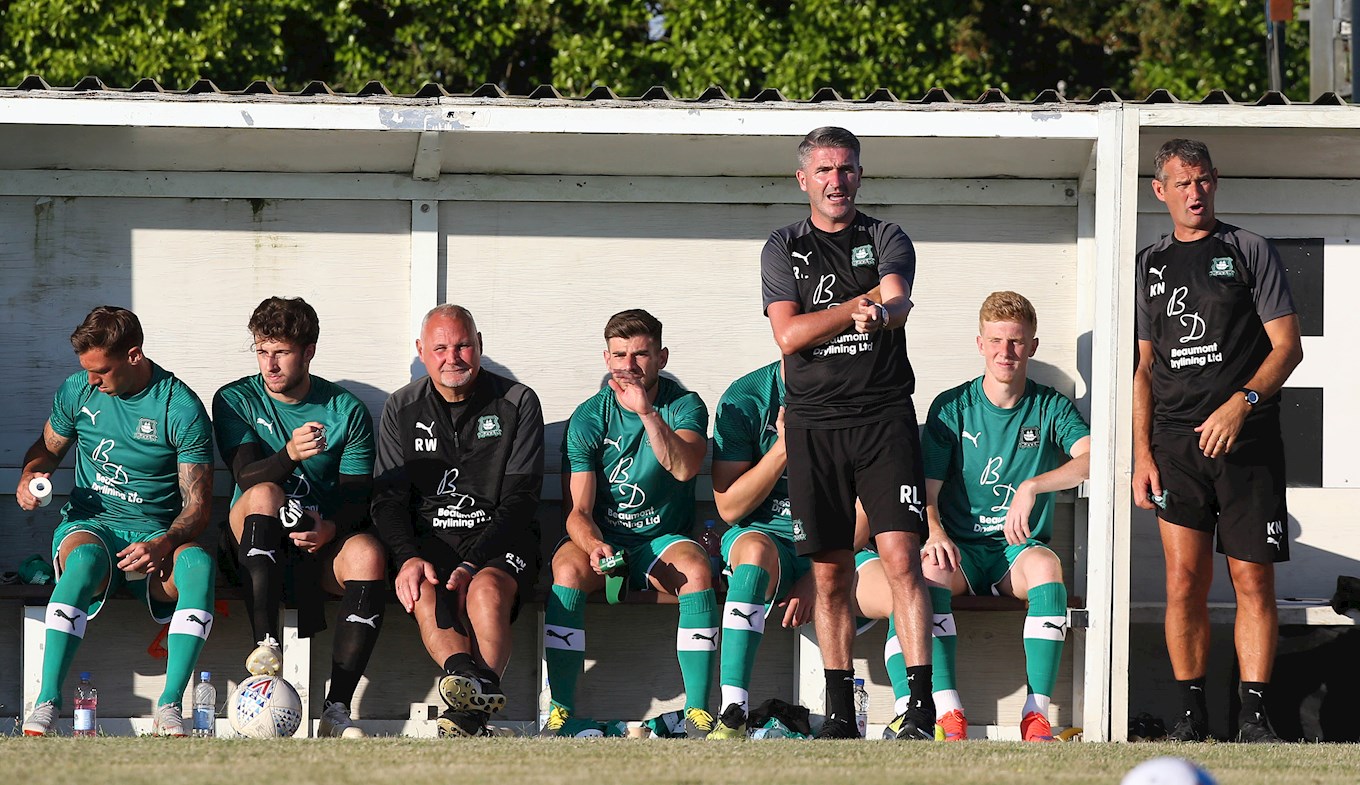 ARGYLE came through their opening pre-season fixture at Truro City with no injuries sustained and another tick in the fitness box.

Our Cornish hosts narrowly won the game 1-0 with a goal from Louis Rooney after a slip by Scott Wootton on a dry pitch at Treyew Road but the priority for Pilgrim boss Ryan Lowe was to give all his fit players a decent amount of game-time.

Argyle move swiftly on to the next friendly at Plymouth Parkway on Saturday and it is all part of the steady plan of preparation for the first game of the new Sky Bet League Two campaign at Crewe Alexandra in early August.

“From the boys, we saw better fitness and good passing on a dry pitch,” said Ryan. “They tried to do the right things and it was all about fitness. We gifted them the goal with a mistake but there is no problem with that; Scotty doesn’t need to take any responsibility for that.

“It was a dry pitch and you’re better getting those mistakes out of the way in pre-season. Overall, I’m pleased we’ve come through it unscathed, no injuries and it was all about getting minutes in the tank.

“Fair play to Truro, they were very well organised and they’re going to be under [Manager] Paul [Wotton]. All we wanted to get out of this was no injuries and the lads have played 45 minutes, some of them 60 minutes. I’m pleased with the performance and the fitness.

“You always want to win games but we have three or four weeks now, building up to Crewe Alexandra. Take the mistake out of it and we draw 0-0. We’ve hit the bar, created some chances and the ‘keeper made some good saves.

“We’ve not done many 11 v 11 [in training]. We did some patterns of play yesterday and I’m pleased with the lads. There was some rustiness there because the lads haven’t played for while but it’s irrelevant really – I’ll lose every pre-season game, as long as we win [at Crewe].

“We’re happy with the fitness levels of the boys.”