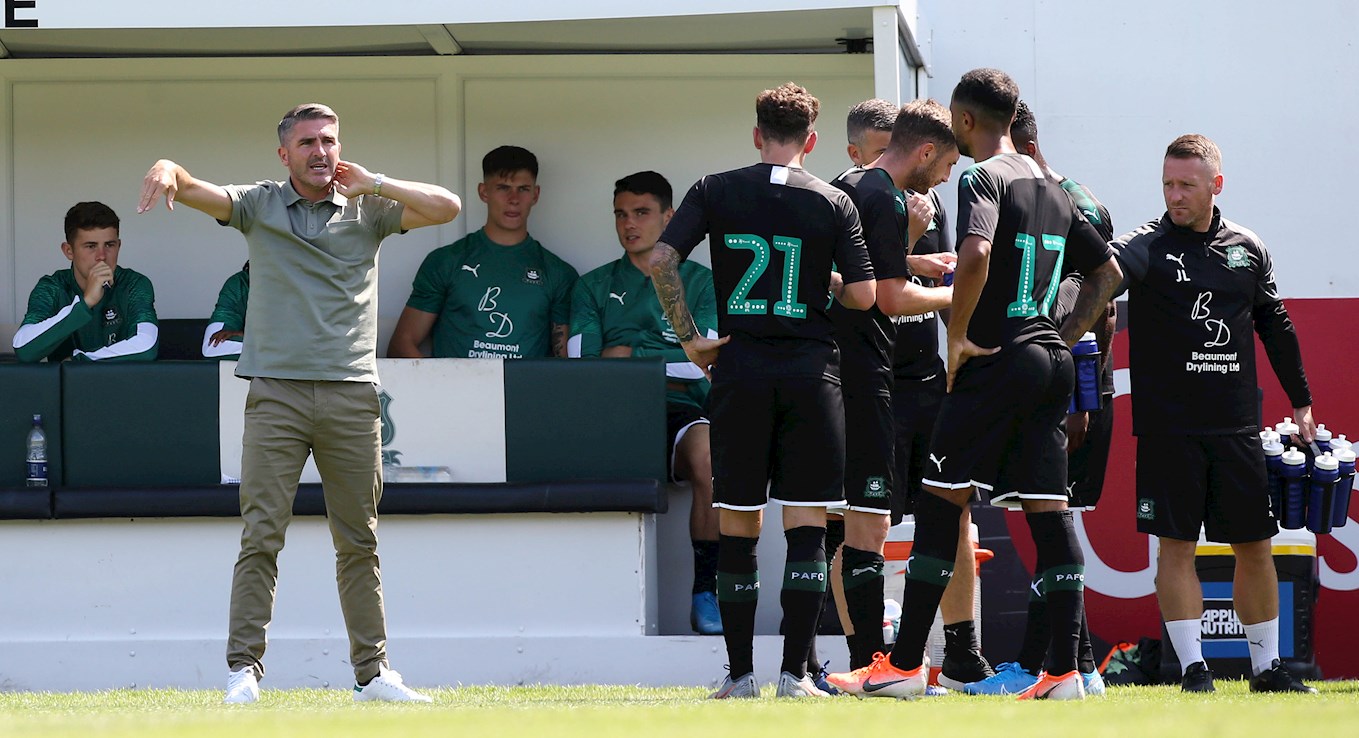 ALTHOUGH he made his career in the Football League as a goalscoring striker, Pilgrims’ manager Ryan Lowe is proud of the way his new-look side have taken to their defensive duties.

The Pilgrims, who shipped more goals than any side in their division during their Sky Bet League One relegation last season, have worked on a new formation and shape during an intensive pre-season schedule, and Lowe feels his back-line is starting to look a little more resilient.

“Overall, I’m happy – the shape and everything else was fantastic,” said Lowe after his side lost to Sky Bet League One opponents Bristol Rovers by a single goal. “I said to the lads, if you want to play in my team, you’ve got to be brave on the ball and do what I ask you to do – and they’re doing it.

Despite their progress, Argyle were the architects of their own downfall against the Gas, with some defensive dalliance in possession ultimately leading to the only goal of the game. Lowe, though, is not willing to place the blame solely at the feet of Ben Hall, whose untimely slip allowed Kyle Bennett to race away and lay on an unmissable chance for goalscorer Victor Adeboyejo.

“Young Ben’s come in, he only trained with us yesterday, and then a ball’s been fired into him – I’m not happy with the ball,” said Ryan. “Yeah, he should deal with it, because he’s a footballer, but he’s just come on the pitch after sitting on the bench for 70-odd minutes, so it’s not fair to criticise him or blame him.”

Hall, a Northern Irish defender who was recently released by Premier League outfit Brighton, only met up with the Argyle squad yesterday, and will be given the opportunity to make amends for the mistake in the week to come.

“He was supposed to come last week and train with us for a good week beforehand,” said Lowe. “He was highly recommended from David Weir, who is Brighton’s loan manager.

“I think there was a family bereavement in Brighton, so he only joined us yesterday. He’s come and played 15 minutes today, we’re obviously looking for someone down that side, just as cover. We’ll have a look at Ben on Tuesday, he’ll probably play 60, 70, 80 minutes and go from there.”