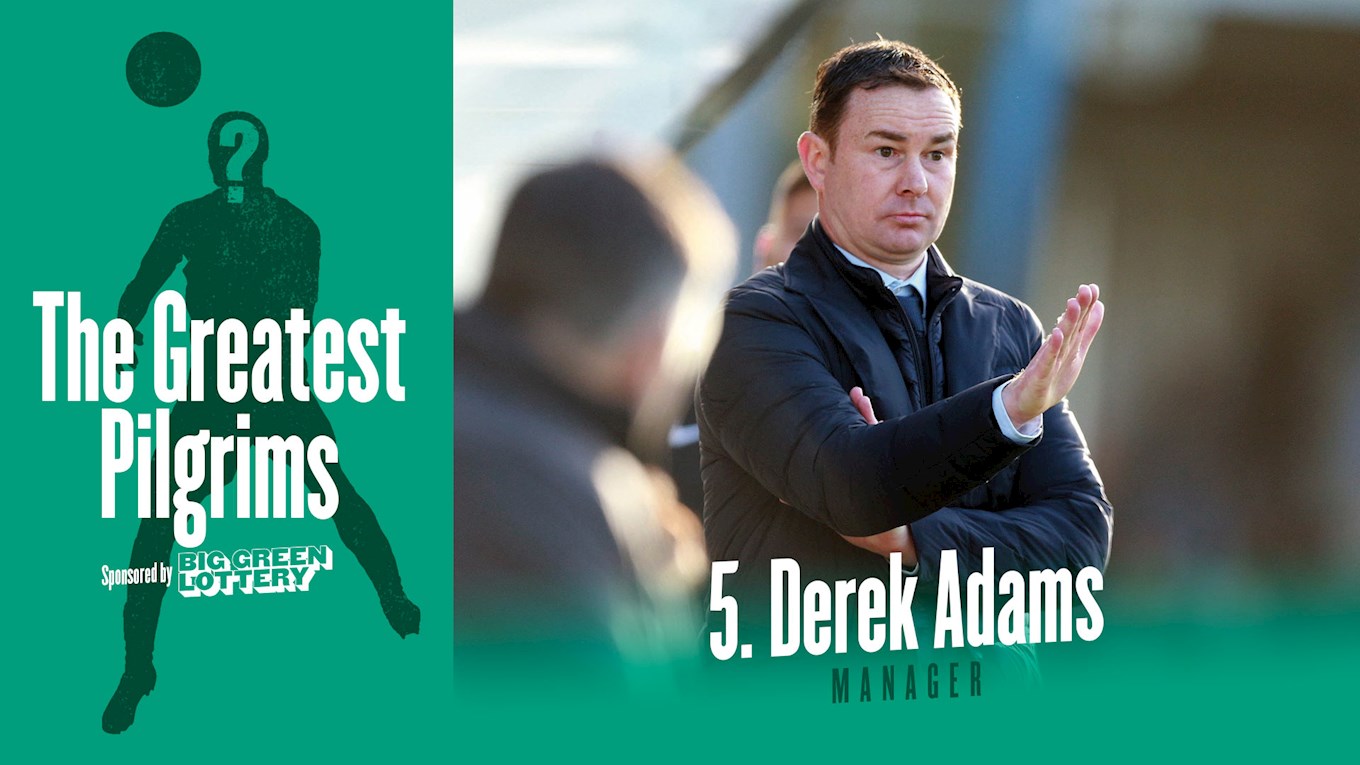 We enter the top five of greatest Pilgrim managers with the man most recently in charge of the club. As a player, Derek Adams was a tough midfielder and spent virtually his entire career in Scotland, representing the likes of Ross County, Motherwell and Aberdeen.

Derek became player-manager at Ross County at a very young age and famously led the club to the 2010 Scottish Cup Final when he was only 34 years-old. After a brief spell as assistant boss at Hibernian, Derek returned to Ross County and again achieved great things.

He became Argyle boss in 2015 and steered us to the League Two play-off final in his first season. Despite the disappointment of losing at Wembley, Derek brilliantly galvanised his troops and promotion was achieved in style the following year.

After a slow start to life in League One, Derek led Argyle on a storming run that ended with a seventh-placed finish. Although the magic touch left him a little in the final season and resulted in relegation back to the fourth tier, Derek will be remembered for bringing some great times to Home Park.