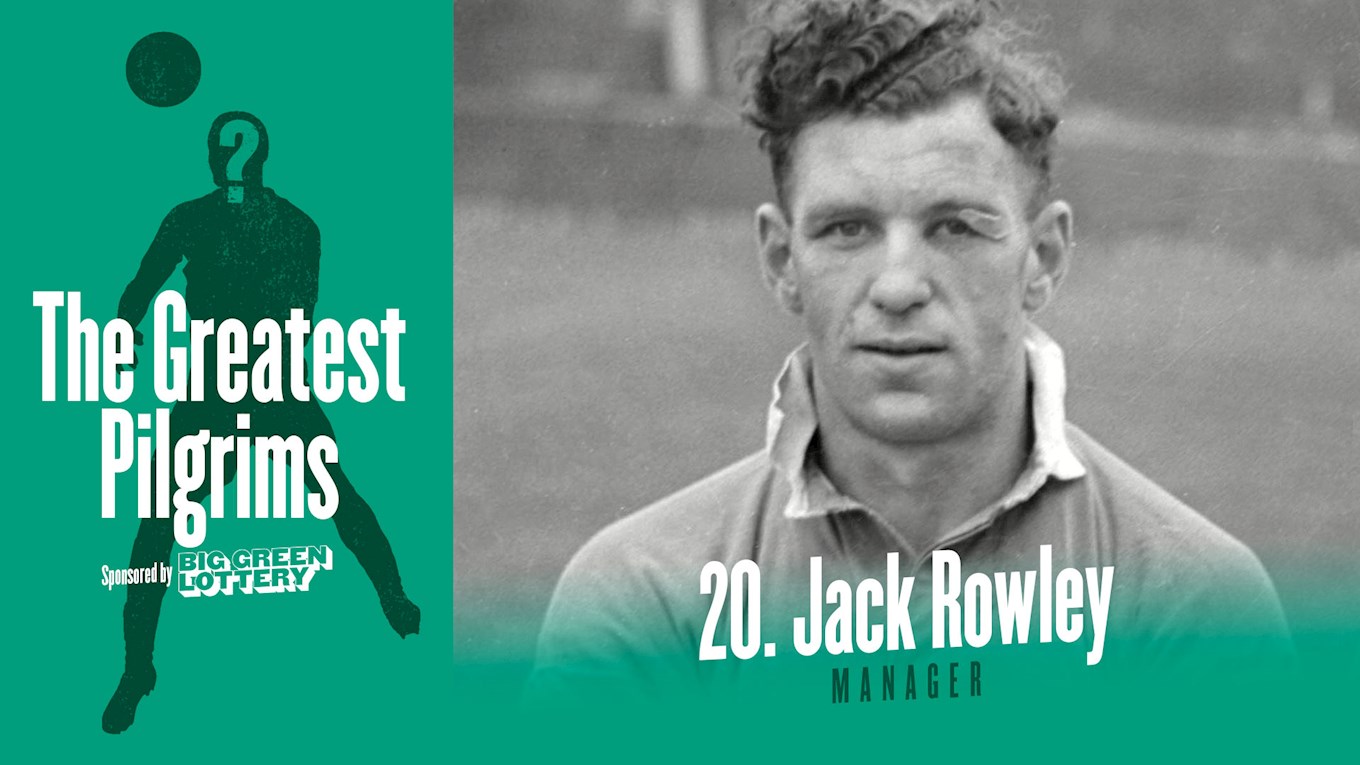 Manager of Argyle between 1965 and 1970, Jack Rowley survived relegation, suffered relegation and fought back to win promotion.

A top player with Manchester United and England, Rowley first arrived as player-manager at Home Park and racked up 58 appearances as a Pilgrim before retiring as a player in 1957.

He made a swift impact on the managerial side of things, steering Argyle away from relegation with a strong end to his first campaign. The following year, he was unable to repeat the trick and we dropped down to the Third Division South.

Rowley made amends by winning the 1958-59 championship of the newly united Third Division. Unfortunately, results began to slide in the next season and he left Home Park in March 1960, later managing Oldham, Wrexham and Bradford, plus a coaching stint with Ajax Amsterdam. This great Pilgrim passed away in 1998 at the age of 79. 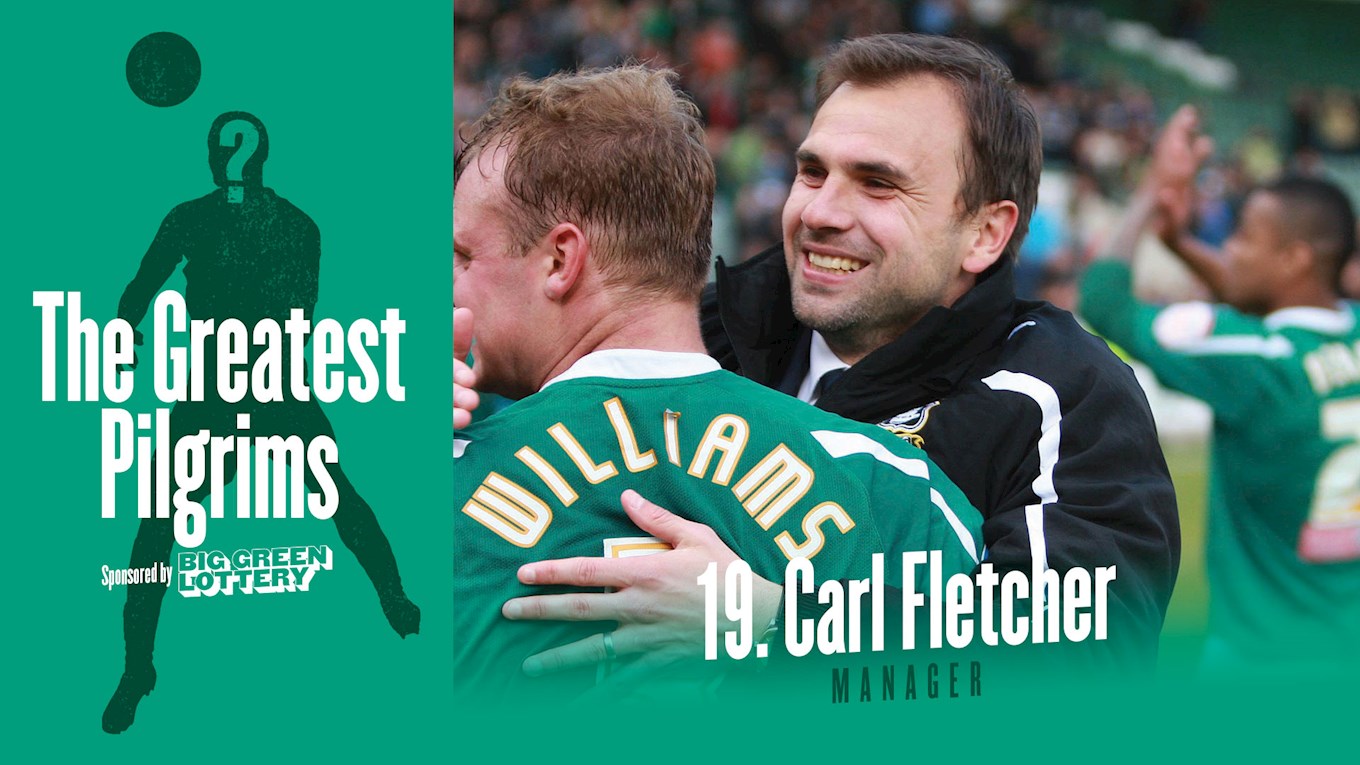 For dignity and determination in the face of unbearable circumstances, Carl Fletcher won the respect of everyone at Argyle for his 16 months in charge.

After a fine playing career with the likes of Bournemouth, West Ham, Crystal Palace and Wales, Fletch signed for Argyle in 2009 and was a key figure on the pitch, taking the captain’s armband as the club slipped into financial disaster.

He was a key spokesman and inspiration during the dark times of administration, taking over initially as caretaker manager and he just managed to help the Pilgrims avoid relegation out of the Football League.

Despite exiting administration, it was still an incredibly difficult period at Home Park but Fletch gave everything until relieved of his duties in January 2013. 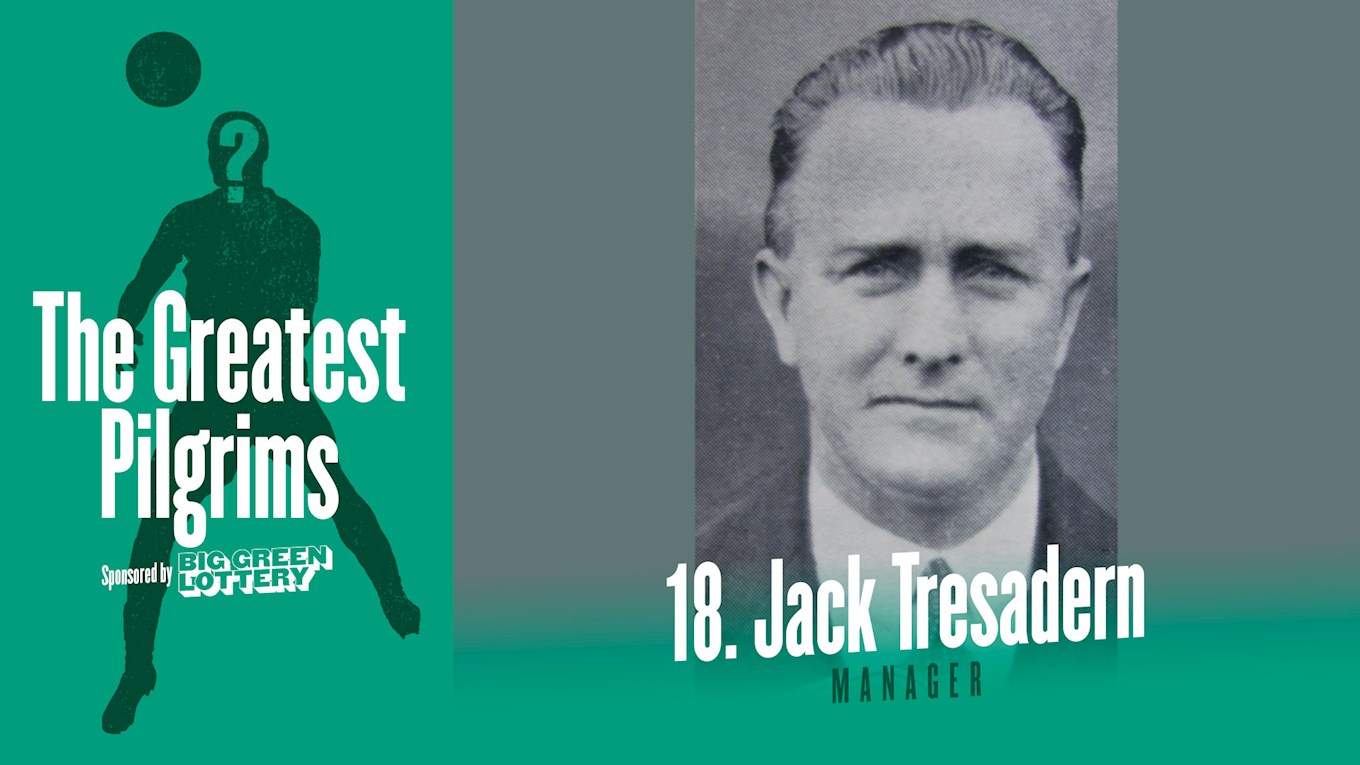 The man who kept Argyle going during the turmoil of World War Two, Jack Tresadern officially had two spells as manager, before and after the conflict.

A superb player with West Ham and an England international, Tresadern first stepped into management with Northampton, Crystal Palace and Tottenham before moving to Home Park in 1938.

He led the club to fifteenth in Division Two in his first campaign but was then called up to the Army during the War. Secretary Rollo Jack was appointed acting-manager until Tresadern could resume duties in 1944, rebuilding the club in a city devastated by the ravages of war.

He put together a team of veterans and youngsters before gradually adding more quality. Unfortunately, nineteenth place in the Second Division was a disappointment and Tresadern left the club early in the 1947-48 season. This football and war hero sadly passed away in 1959. 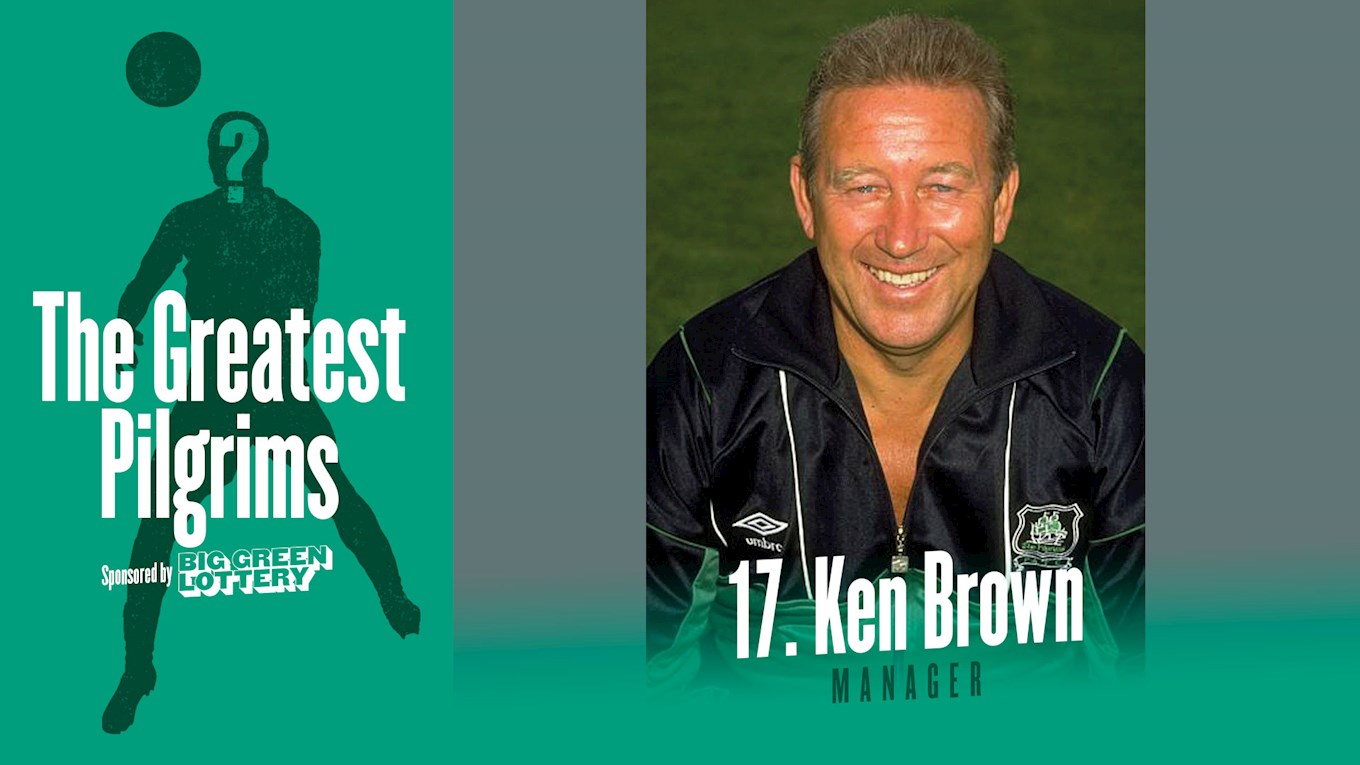 Another in this list who enjoyed a superb playing career, Ken Brown was a legendary centre-half at West Ham United and won national recognition with England.

His first managerial job was at Norwich City and Brown famously won the League Cup with the Canaries in 1985, while also establishing a flourishing youth development system at the club.

After leaving Norwich, Brown took over as Argyle boss in the summer of 1988 and got the team playing some attractive football, but results were inconsistent and we flirted with relegation in that campaign.

Brown was very popular around the club but was unable to recreate the magic he enjoyed at Norwich, although he handled the difficult task of succeeding the great Dave Smith with dignity and commitment, eventually leaving the job in February 1990. 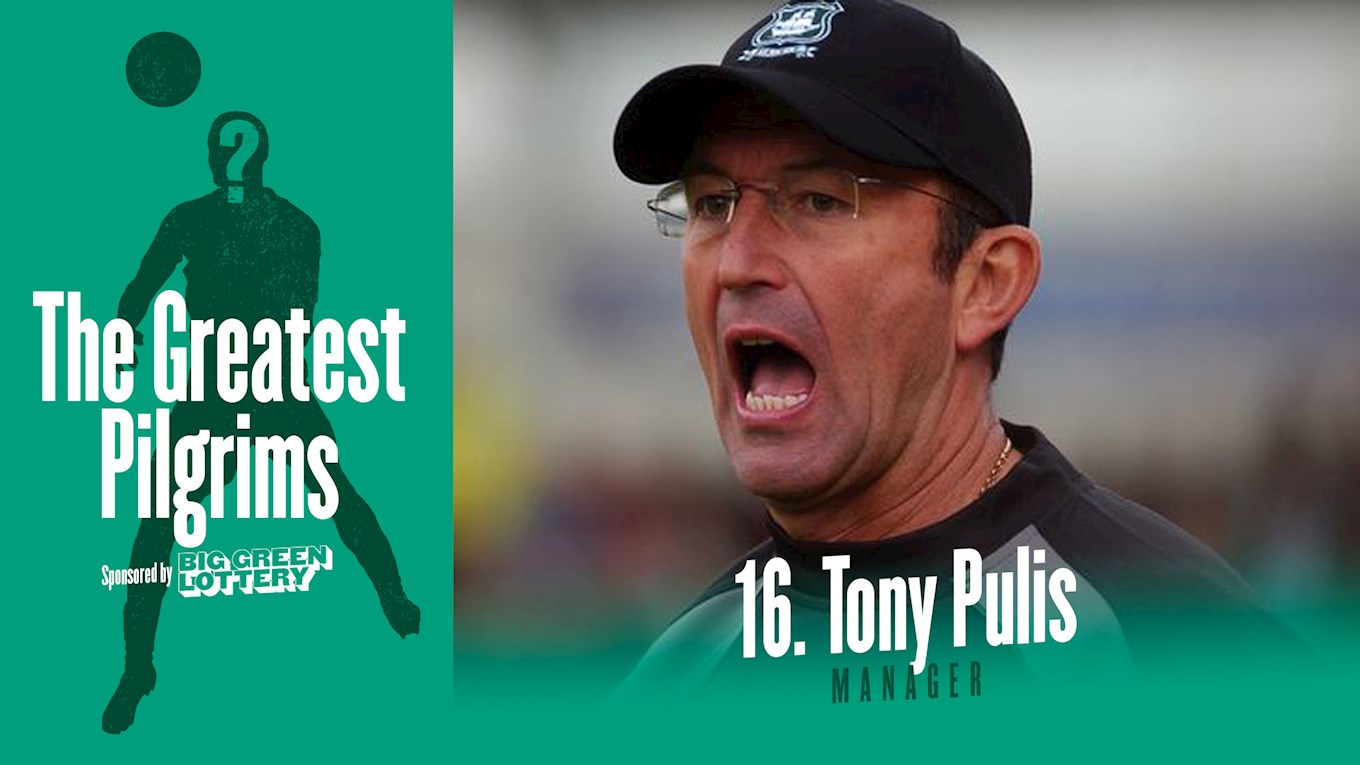 In a highly distinguished career as a manager, Tony Pulis has proven time and again that he has the organisational and motivational skills to improve any team.

As a player, Pulis was a tough centre-back with Bristol Rovers, Newport, Bournemouth and Gillingham, but showed a particular interest in coaching from a very young age, earning a UEFA A licence at the age of 21.

The Welshman managed Bournemouth and Gillingham before brief spells with Bristol City and Portsmouth. He became Stoke boss in 2002 and did a fine job until his dismissal in 2005. When Argyle parted company with Bobby Williamson in September 2005, Pulis was the ideal candidate to guide us away from the bottom of the Championship.

Within weeks, Pulis made the Pilgrims a lot harder to beat and was famously diligent in his defensive organisation. He brought key figures like the inspirational Lilian Nalis to Home Park and Pulis comfortably steered us away from relegation.

He returned to Stoke after nine impressive months as manager and led the Potters to the Premier League. He later took charge of Crystal Palace, West Brom and Middlesbrough.