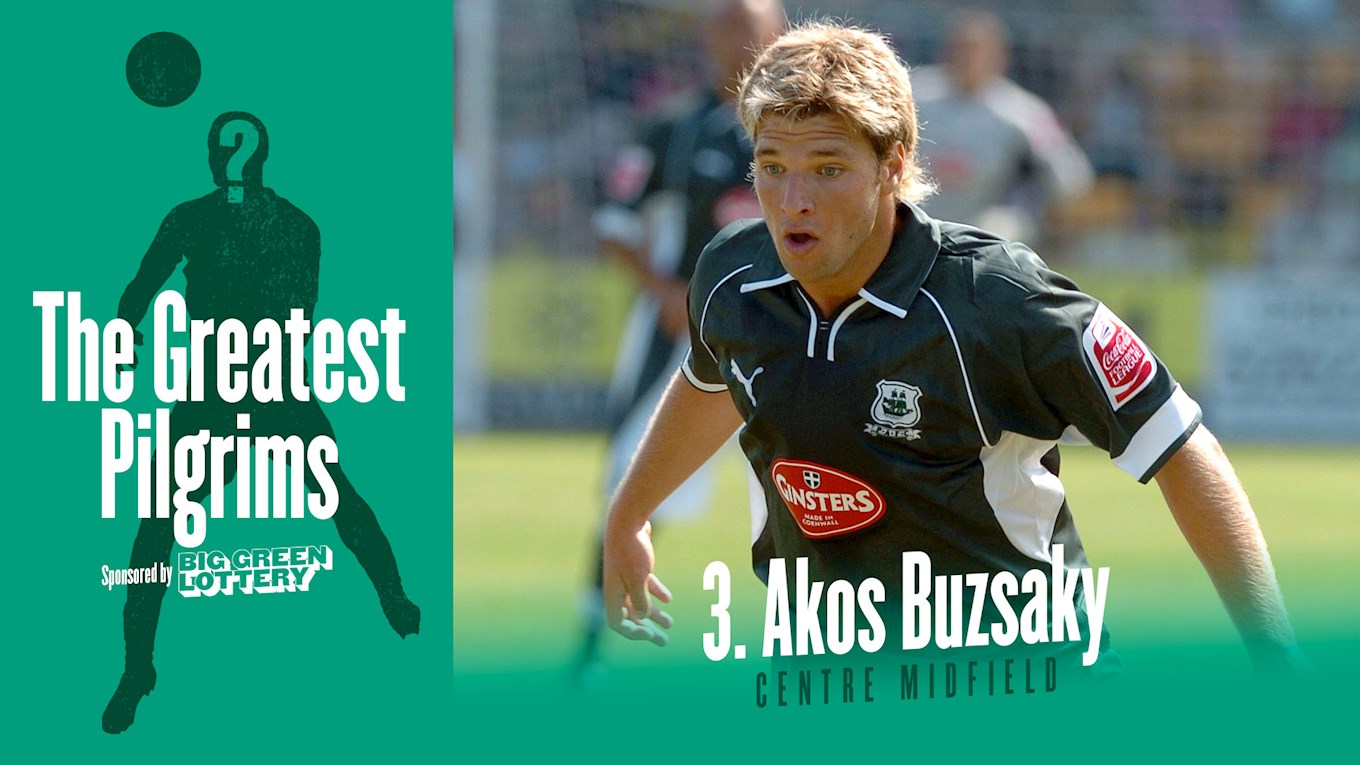 The original member of the trio of Magical Magyars to grace Home Park, Akos Buzsaky was a delightfully gifted player and later joined at the Theatre of Greens by compatriots Krisztian Timar and Peter Halmosi.

The Hungarian international moved from his homeland to join Porto in Portugal before a loan move to Argyle in 2005. Akos was a massive talent and the Green Army were soon calling for a permanent deal, a dream made true very quickly by the Home Park hierarchy.

Akos could be an enigma and there were times he was left out of the team for more consistent options, but when he was on form, there were few players in Argyle history who could match the Magyar for talent, skill and creativity.

His wonderful natural ability eventually led to a £500,000 move to QPR. He briefly played for Portsmouth before this great Pilgrim returned home to finish his career with Ferencvaros.