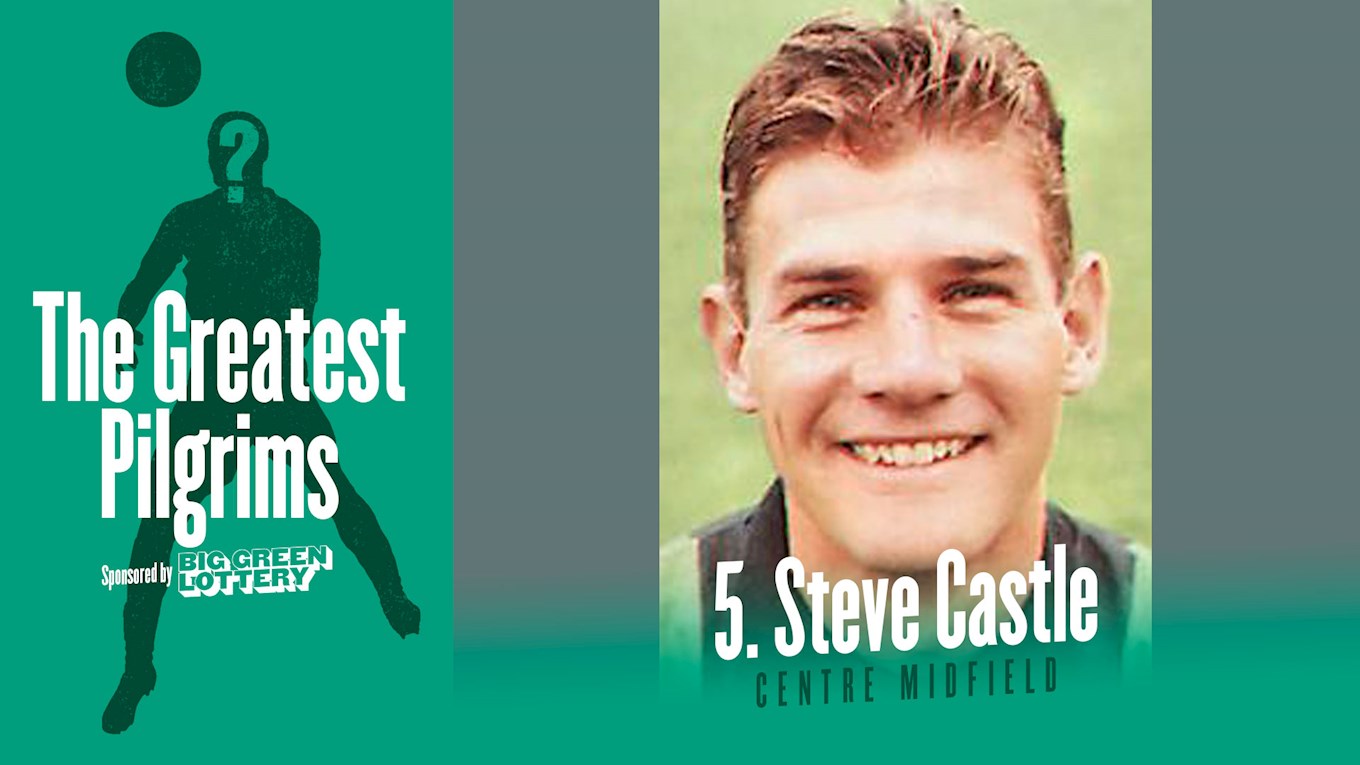 A star of the early 1990s at Home Park, Steve Castle was a swashbuckling powerful midfielder, a natural leader and scored so many important goals from the engine room.

Castle was a junior at Tottenham but made his first-team mark with Leyton Orient, settling into their midfield with his ultra-competitive approach. Castle was a hero in East London and was voted Orient’s greatest ever captain after eight glorious years at the club.

He joined the Peter Shilton revolution at Home Park and, after recovering from injury, made a massive impact on the club. Castle was everywhere in a game, winning tackles, threading passes and scoring goals.

The Green Army loved their midfield general and Castle was outstanding over the course of 120 games for the Pilgrims before finally moving to Birmingham City in 1995. He moved on to Peterborough and then finished his Football League career back at Orient.

Castle moved into non-league management after his playing days were over and he starts the top five of your greatest Pilgrims.