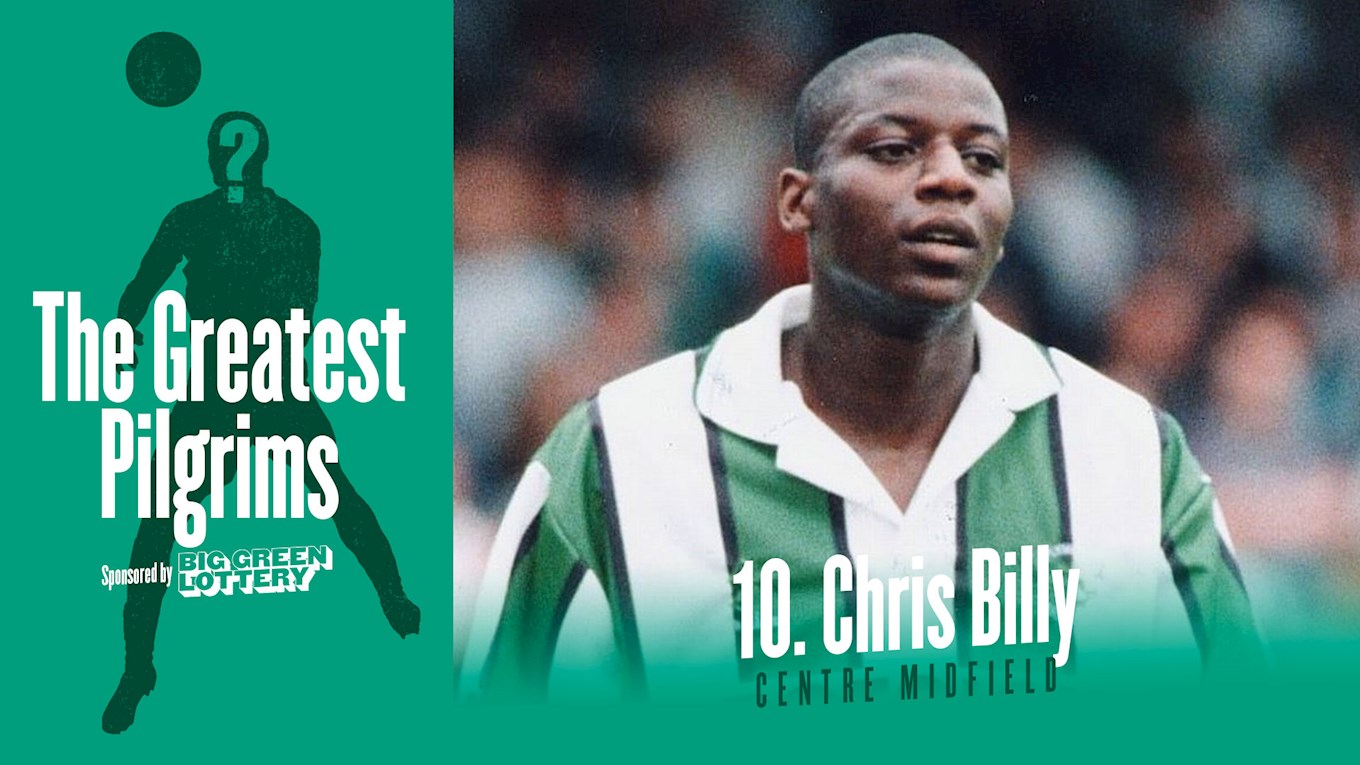 Consistency was the hallmark of a fine Argyle career for Chris Billy, who played a central role in Neil Warnock’s promotion-winning team of 1996.

He began his career at Huddersfield Town and developed into a terrific player with the Terriers, helping them win promotion under the stewardship of Warnock. When the boss moved to take up the reins at Home Park, Billy was very soon on his shopping list.

For such a capable player in attacking areas, Billy did not score as many goals as his performances deserved but when it came to assists, he was the main man. A midfielder always probing for opportunities and also happy to get involved in the ugly stuff when required, Billy was a massive favourite with the Green Army.

He left Home Park in 1998 after racking up 137 appearances for the club. After a brief stint at Notts County, this great Pilgrim ended his playing days with long spells at Bury and Carlisle United. 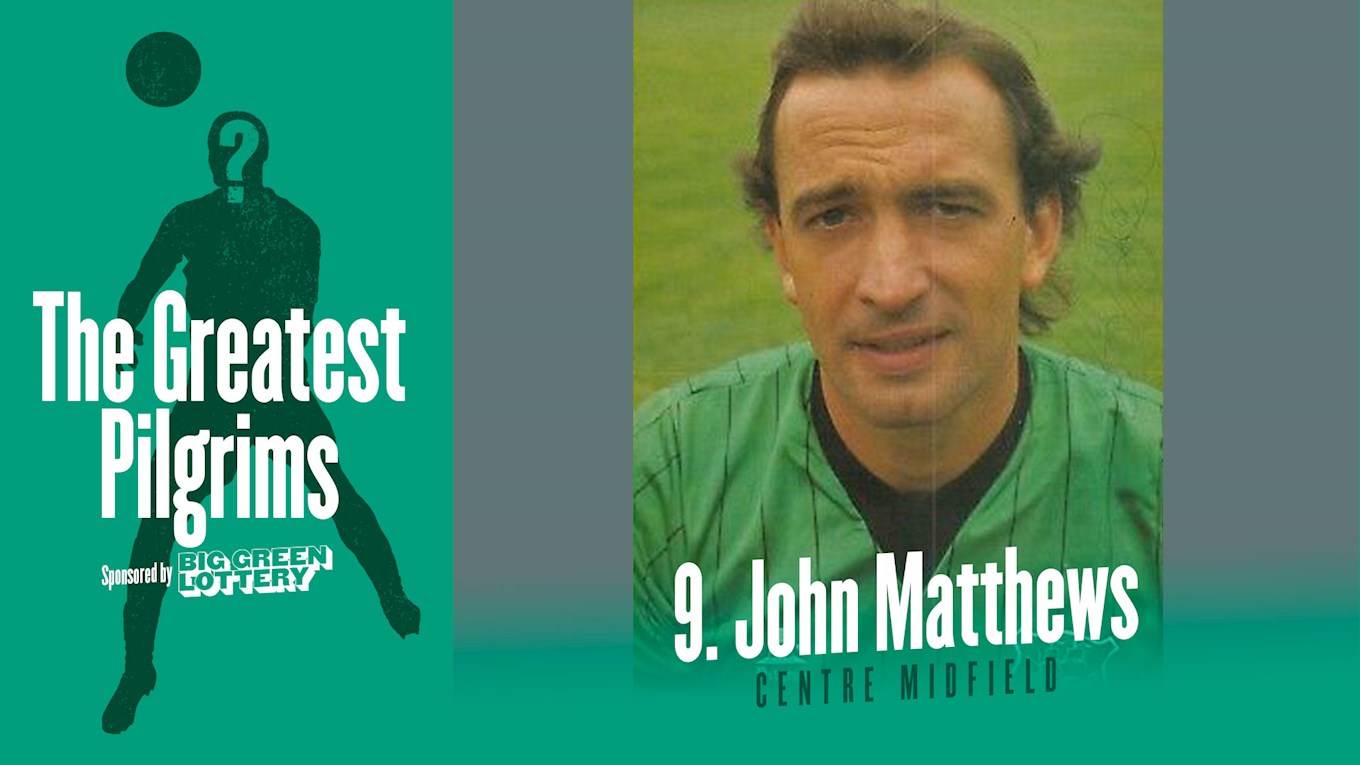 John Matthews was a fabulous playmaker in the late 1980s at Home Park and someone with the class and intelligence that stems from learning his trade at the highest level.

Matthews was an apprentice at Arsenal, turning professional in 1973, with the early days of his career spent at full-back but a move into midfield proved a masterstroke. He was just settling into life as a Gunner when a broken leg curtailed his progress.

A move to Sheffield United gave Matthews fresh impetus and he spent four years with the Blades before spells at Mansfield and Chesterfield. Argyle came calling in 1985 and Matthews quickly became a key figure in the promotion-winning team under manager Dave Smith.

He was a cultured and classy footballer, capable of creating chances from anywhere. Matthews was pure quality for the Pilgrims over the course of 159 appearances, finishing his fine career with a short stint at Torquay. 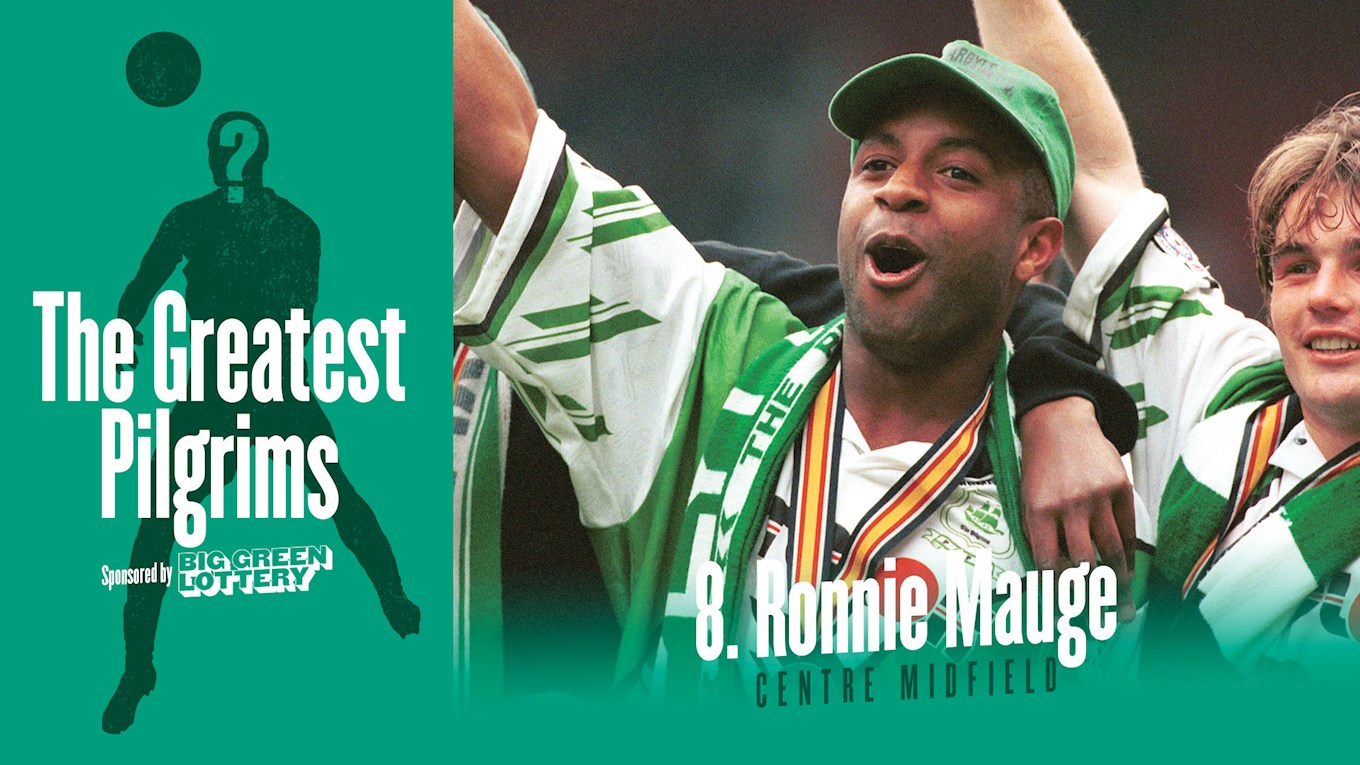 Another player to write his name in Pilgrim folklore by scoring one of the key goals in our history, Ronnie Mauge was a tremendous midfielder over four happy years as a Pilgrim.

Mauge was a junior at Charlton but actually made his professional breakthrough with Fulham. He moved to Bury in 1991 and was with the Shakers for four years before making the move to Home Park.

Ronnie was the archetypal midfield warrior, constantly harassing opponents, breaking up play and supplying others. His great moment for Argyle came in the 1996 Division Three Play-Off Final, when Ronnie popped up with the winning goal at Wembley.

This great Pilgrim made a total of 158 appearances for Argyle and remained a hero until his departure for Bristol Rovers in 1999, finishing off an excellent career with a spell in non-league and international recognition with Trinidad and Tobago. 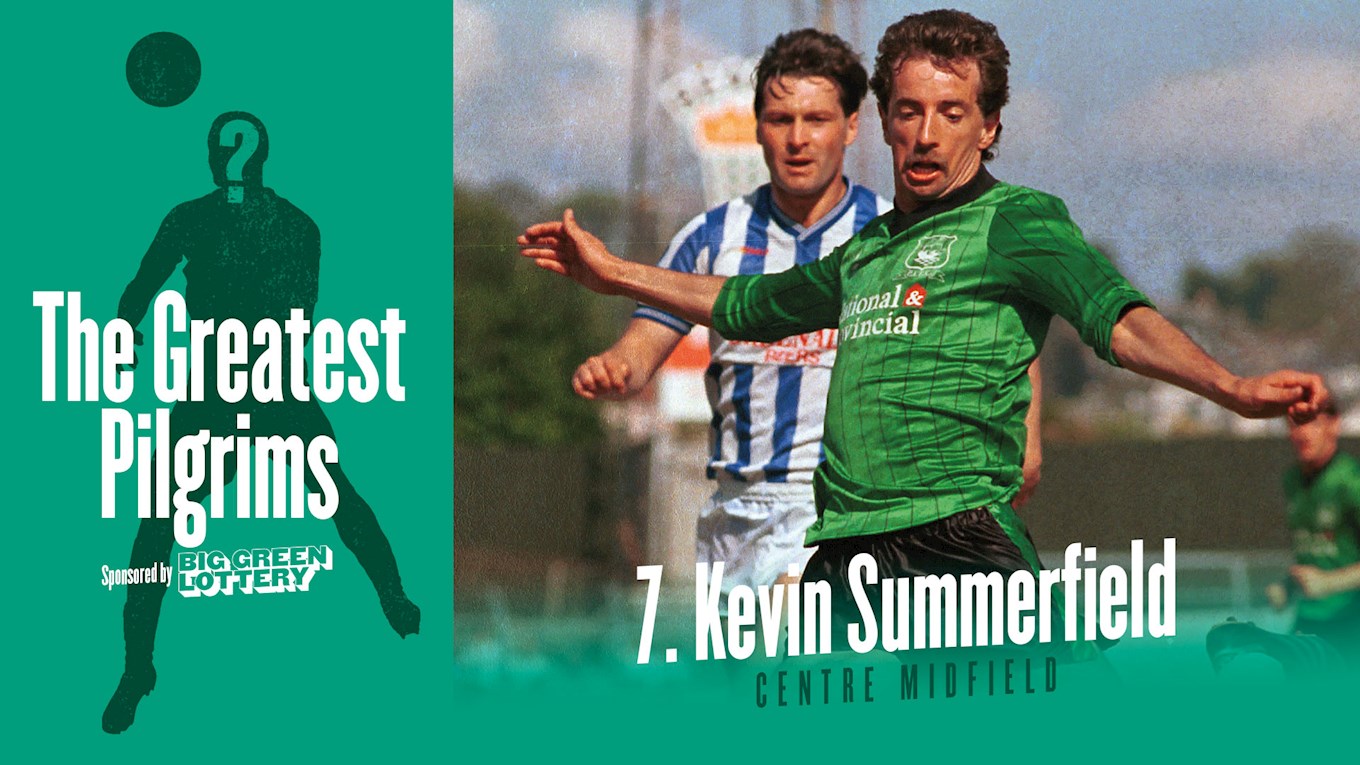 A highly effective midfielder, Kevin Summerfield was a linchpin in the Argyle engine room through the late 1980s, chipping in with some valuable goals and assists.

As a s junior with West Brom and then Birmingham City, Summers took a while to find his feet in the professional game. A couple of seasons at Walsall, where he played as a striker, prompted a move to Cardiff and then Home Park in 1984.

He had moved back into a midfield role by now and was famed for producing a killer pass at decisive moments, as well as an elusive running style that allowed Summers to create so many chances for himself, and others.

He was another central figure in the promotion season of 1985-86 and went on to end his playing career at Shrewsbury. Summers returned to Home Park as a coach in 1997 and then assistant manager in the great era under Paul Sturrock. 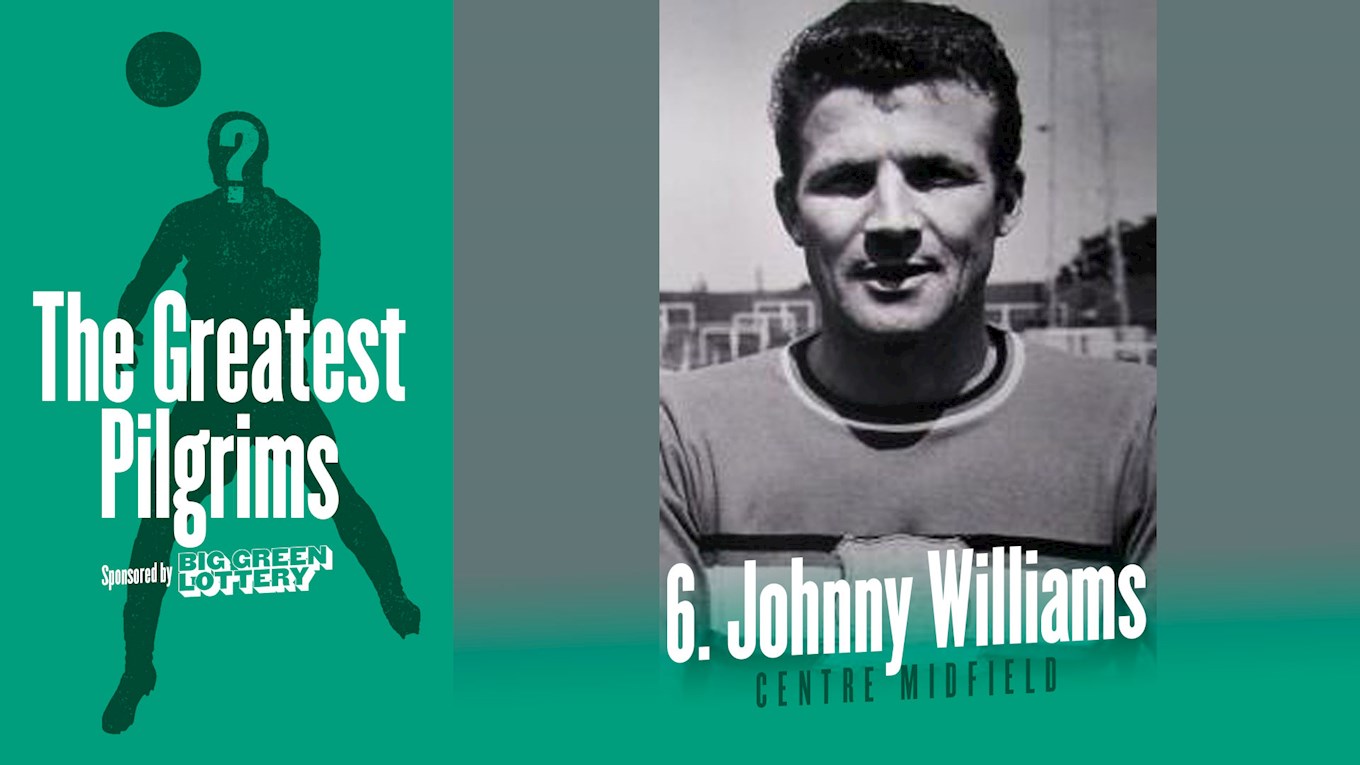 Number six in your list of greatest midfielders and number five when it comes to appearances for Argyle, Johnny Williams was a darling of Home Park for over a decade.

He came into the side as a teenager in 1955 and developed into a wonderful midfield player. Williams was sublime on the ball, happy to make a big tackle and scored some memorable blockbuster goals for the Pilgrims.

At the peak of his powers, Williams was attracting attention from the biggest clubs in the English game but this was an era of loyalty, and he was always happy playing for the club he watched as a boy.

The Green Army loved their local hero and he repaid their devotion with some brilliant strikes from distance. Reaching an incredible 448 appearances for our club, Williams finally left for a short stint at Bristol Rovers to finish his career.

The great Johnny Williams sadly passed away in 2011 at the age of 76.