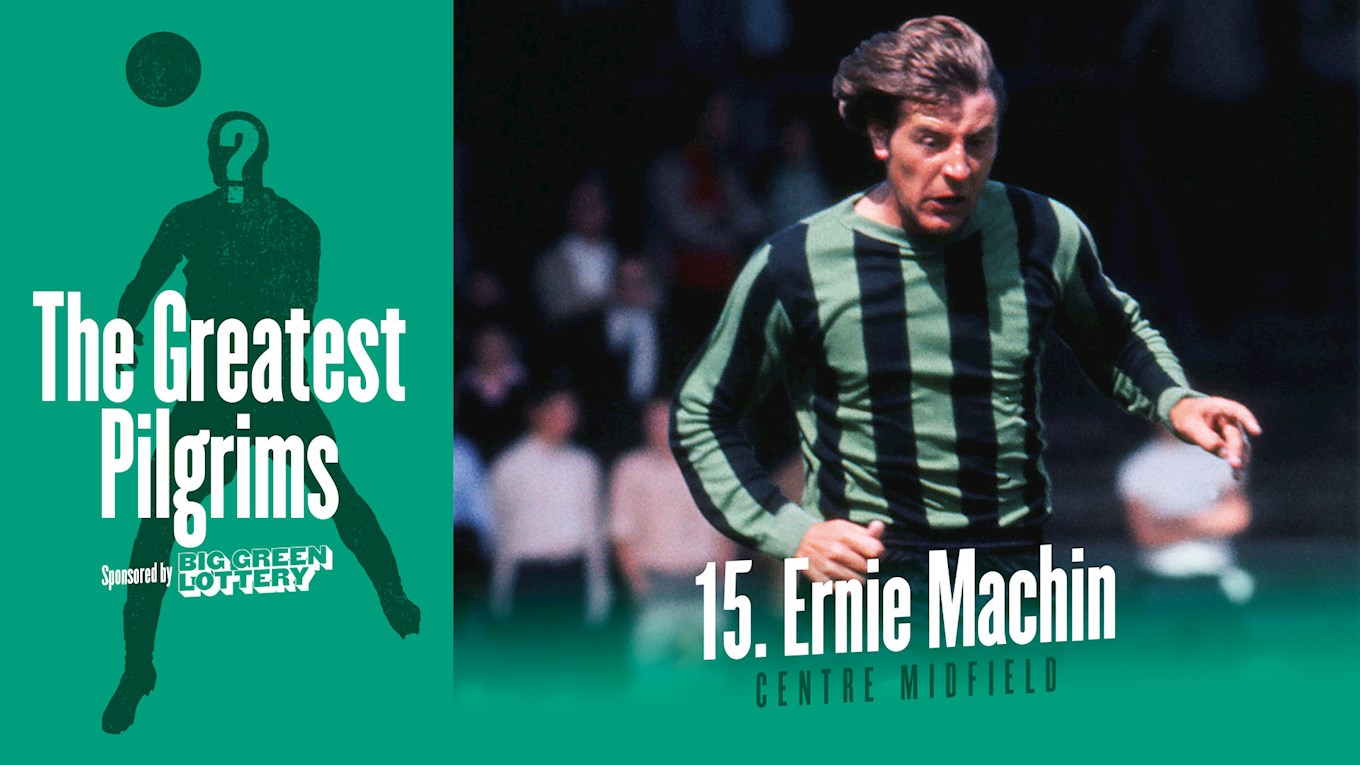 Persistent knee problems prevented Ernie Machin from racking up a lot more Argyle appearances and being even higher on this list, as this was one of the classiest midfielder ever to grace Home Park.

Machin spent the first decade of his career at Coventry City and was an absolute legend with Sky Blues, helping them win successive promotions to book a place in the top flight of English football.

He signed at Home Park in 1972 and the Green Army were immediately captivated by a player who had so much quality and game-intelligence, controlling games from the engine room. Such was the impact made by Machin, he won Player of the Season in his first full campaign with the club.

Machin would have played a lot more than 70 games for Argyle but was beset by knee trouble, and opted for a move to Brighton in a bid to change his luck. Unfortunately, Machin was unable to fully recover and had to retire early. This great Pilgrim sadly left us in 2012 at the age of 68. 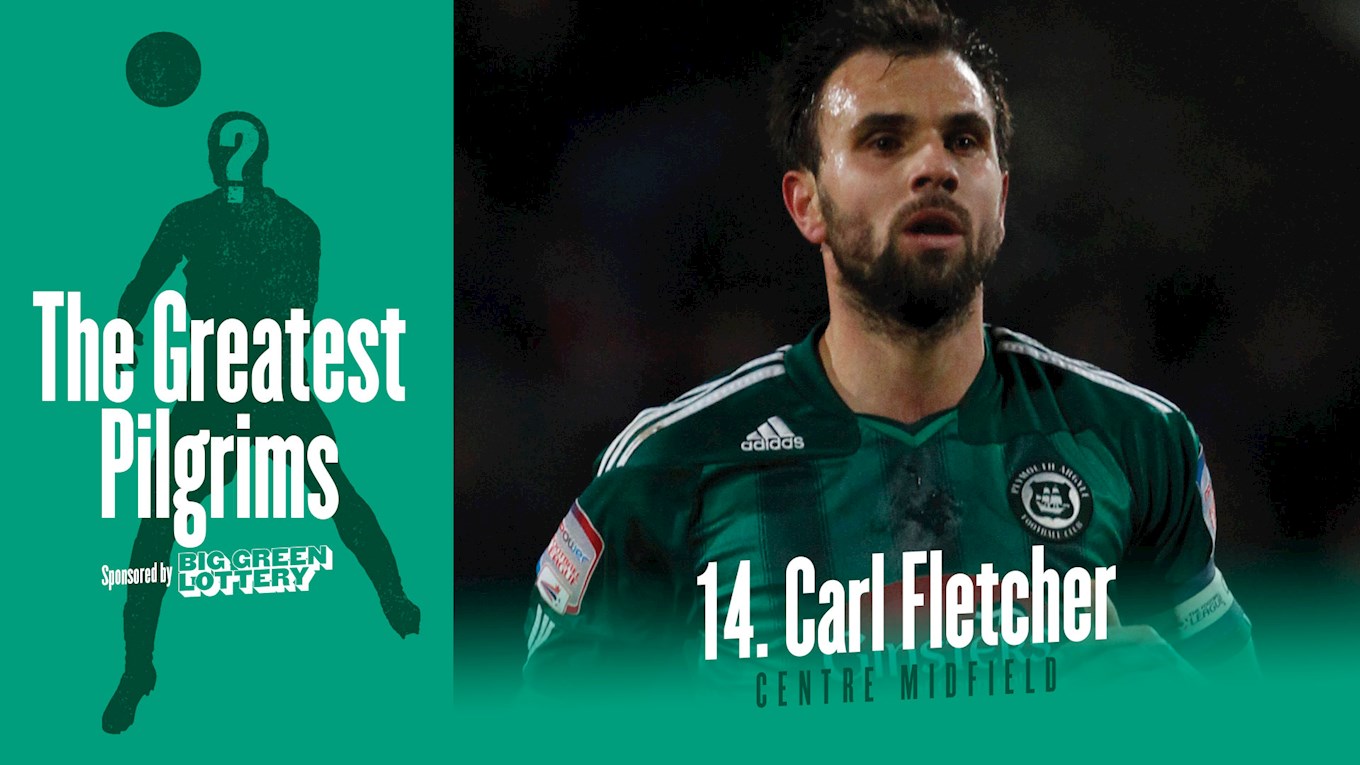 When Carl Fletcher arrived at Home Park in 2009, initially on loan from Crystal Palace, Argyle had acquired a senior Welsh international and a player with bags of Premier League experience.

Fletch spent the early years of his career at Bournemouth and blossomed into the perfect midfield player, strong in the tackle and calm on the ball. His form for the Cherries led to a move to West Ham, helping them win promotion to the top flight.

He played in the 2006 FA Cup Final for the Hammers before moving to Crystal Palace. His influence on the pitch led to Fletch being handed the Wales captaincy. His loan switch to Argyle was soon made permanent and very quickly was named team captain.

Over the next two seasons of financial turmoil and successive relegations, Fletch was an inspirational leader, on and off the pitch. He was twice named Argyle Player of the Season and was such a massive influence that he became player-manager in 2011.

After two years at the helm, two of the most difficult years in our history, Fletch moved back to Bournemouth as their youth-team coach. 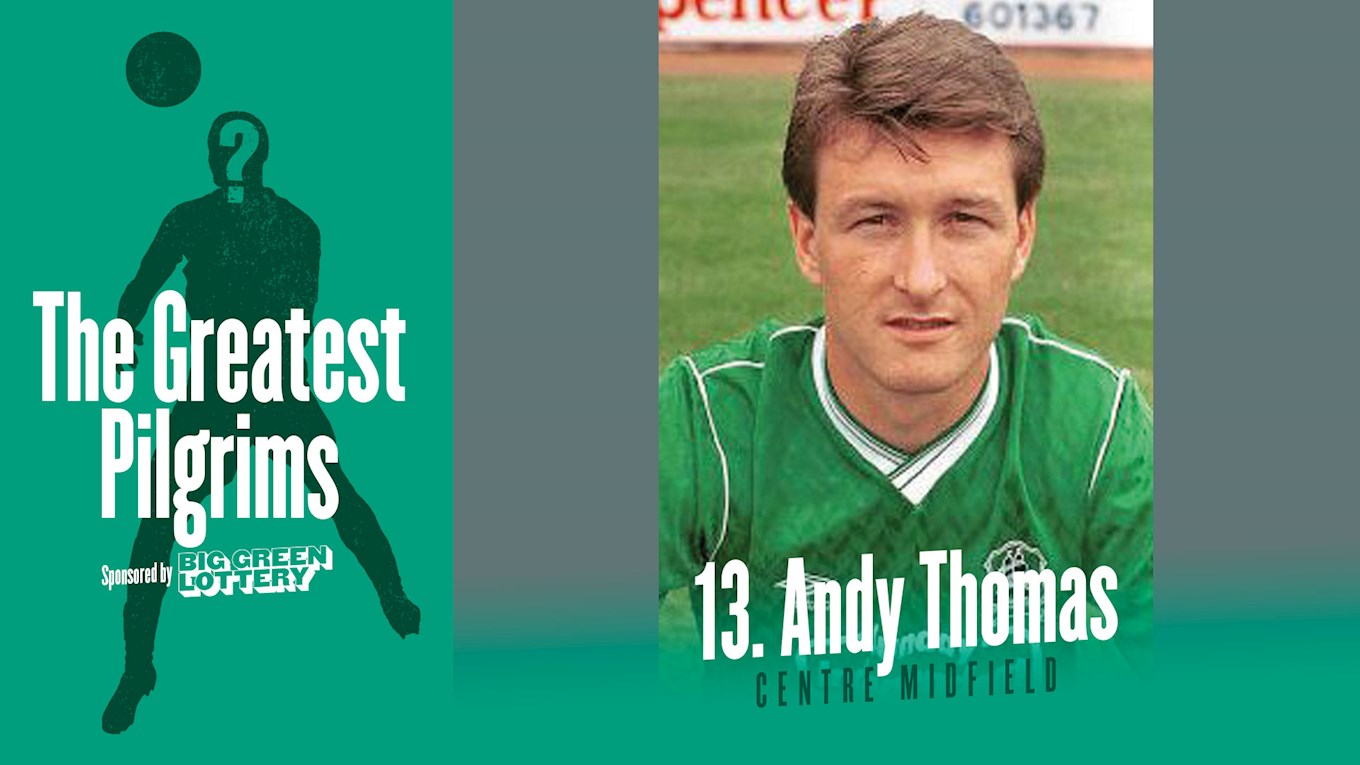 A delightful footballer, Andy Thomas was one of those players who made the entry money worth every penny.

Thomas came through the youth ranks at Oxford United and impressed enough to earn a move to Newcastle in 1986. He then joined Bradford City before signing for the Pilgrims in 1989.

Argyle manager Ken Brown was in the process of building a new style of attacking football at Home Park and Thomas was a key figure in the process, scoring an impressive 22 goals in 58 appearances from midfield.

He was elegant on the ball and a cool finisher, providing the perfect forward support to the legendary goalscoring of Tommy Tynan. Injury plagued Thomas, however, and he was forced to retire early from the game he made look so easy. 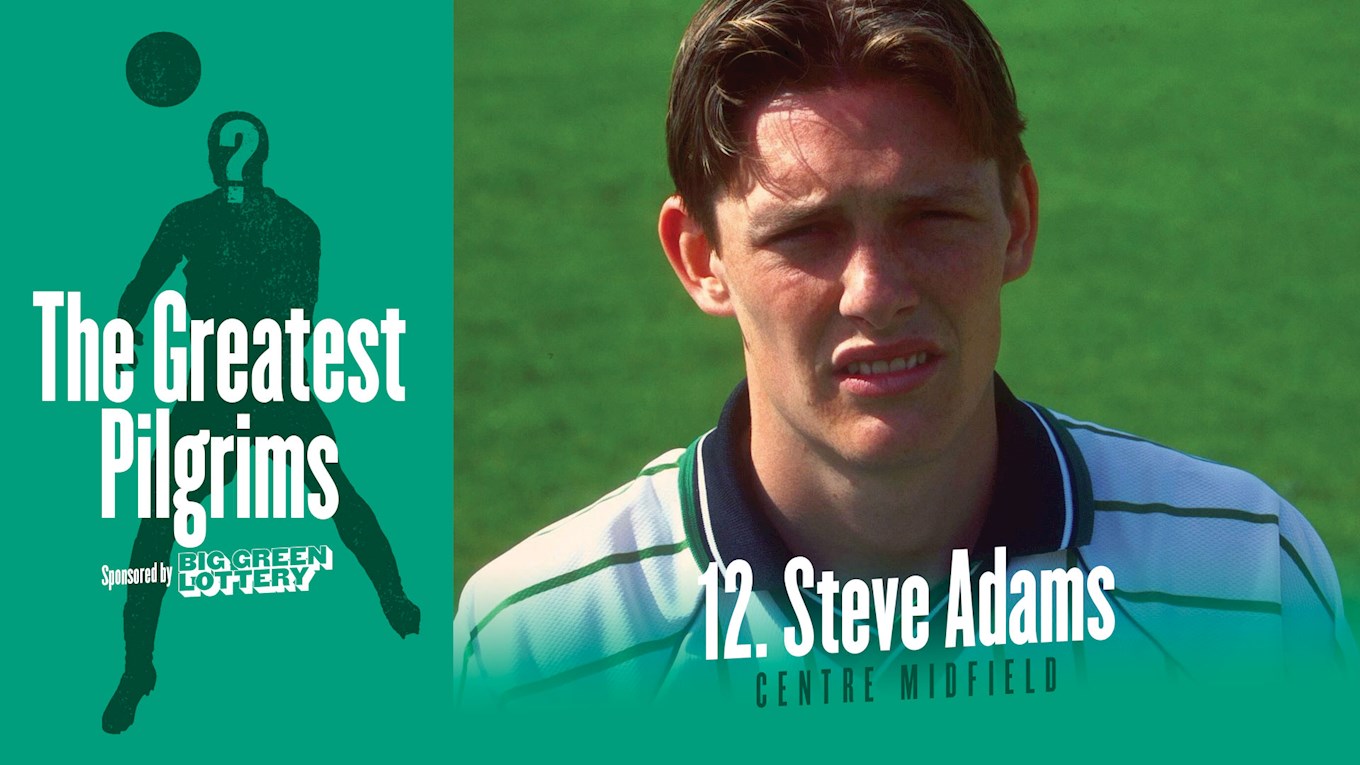 A homegrown hero, Steve Adams was the midfield rock that allowed Argyle manager Paul Sturrock to build a side that won two promotions in the space of three years.

Making his debut as a teenager in 1998, Adams played the game in a simple manner, winning the ball in midfield and supplying ammunition for the more attacking players to wreak havoc in forward areas.

He was one of those unsung heroes, loved by his team-mates for doing the dirty work, unfussy in his approach and an outstanding performer over seven years as a Pilgrim. He left Home Park for Sheffield Wednesday in 2005.

Adams later played for Swindon and Torquay. While his future career failed to reach the heights of those early days at Home Park, Stevie Adams had more than enough to be considered a great Pilgrim. 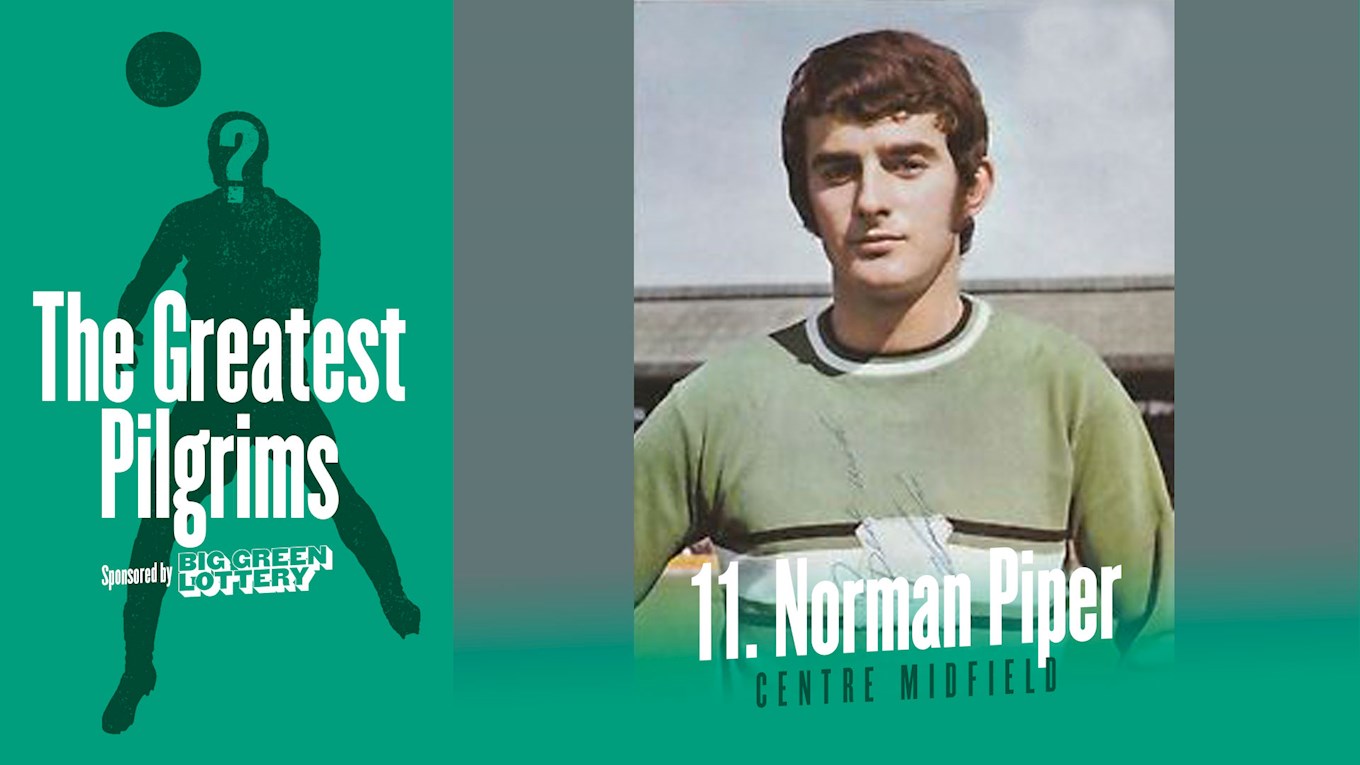 The shining light of the late 1960s at Home Park, Norman Piper was plucked from local football and soon settled into becoming one of the most talented midfielders to grace our club.

Although he actually started life as a full-back, Piper’s switch to midfield allowed him to express the wonderful creative talents that made him such a crowd favourite. He was just 19 years-old when named Argyle’s Player of the Season in 1967.

He was, without doubt, the best player at the club and was rewarded by becoming our youngest ever captain and won a place in the England Under-23 squad. Argyle surprisingly accepted a bid from Portsmouth in 1970 and Piper arguably became even more of a legend with Pompey.

He later moved to America to join their Soccer League and then worked as a coach in the United States. Norman Piper: a great Pilgrim and number 11 in your list of greatest midfielders.