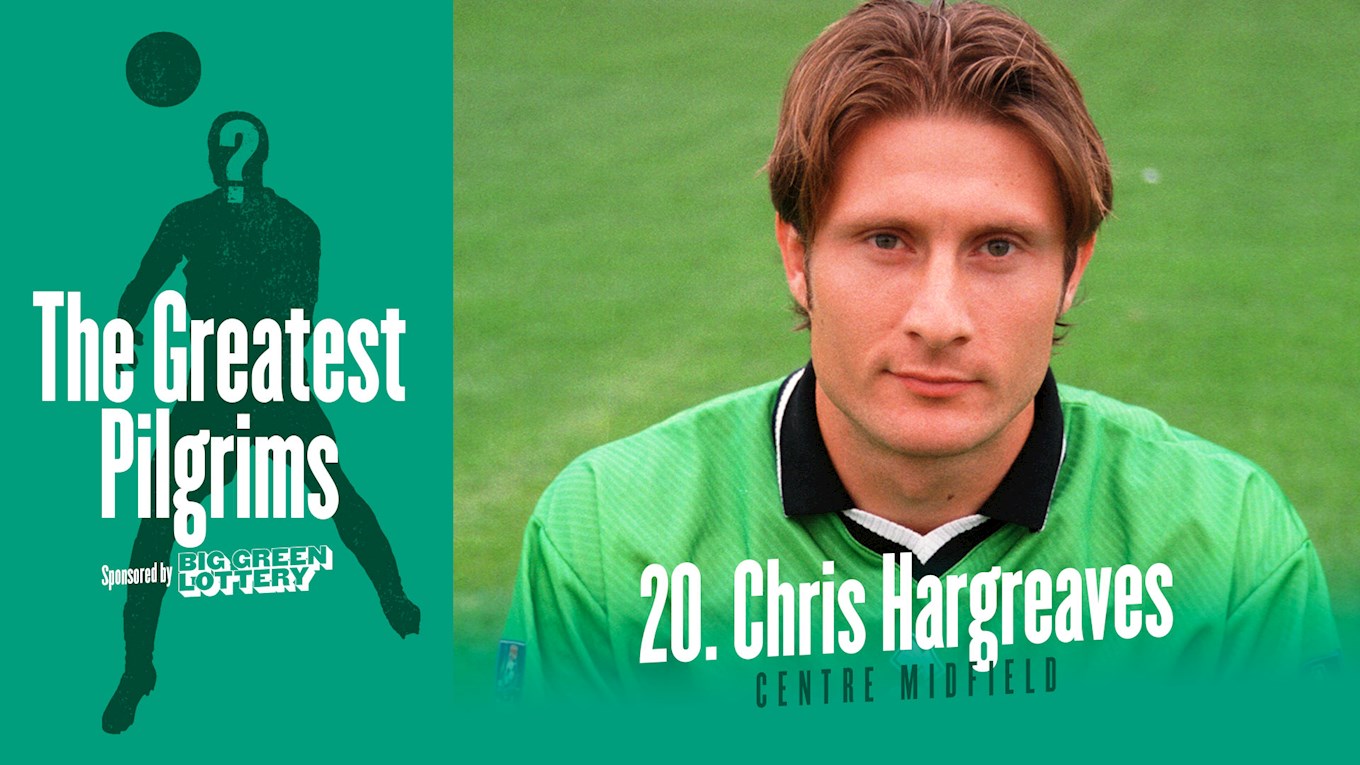 It is probably fair to say the combative Chris Hargreaves was even more of a legend in the twilight of his career down the road at Torquay United but he also made a fine impression in two years as a Pilgrim.

He came through the ranks as a junior at Everton and then his local club Grimsby Town, where he started as a striker. Hargreaves later played or Hull City, West Bromwich Albion and Hereford, settling into the more familiar midfield role.

Hargreaves joined the Pilgrims in 1998 and quickly grabbed his place in the side as a strong midfielder, who was also a precise passer of the ball and blessed with incredible stamina. On his day, Hargreaves took control of the engine room and a super player for two seasons.

He moved to Northampton in 2004 and spent four years as a Cobbler, moving to Brentford, Oxford and Torquay, where he was affectionately known as Tarzan, and helped the Gulls win promotion back to the Football League. Hargreaves is now a well-respected coach and TV pundit. 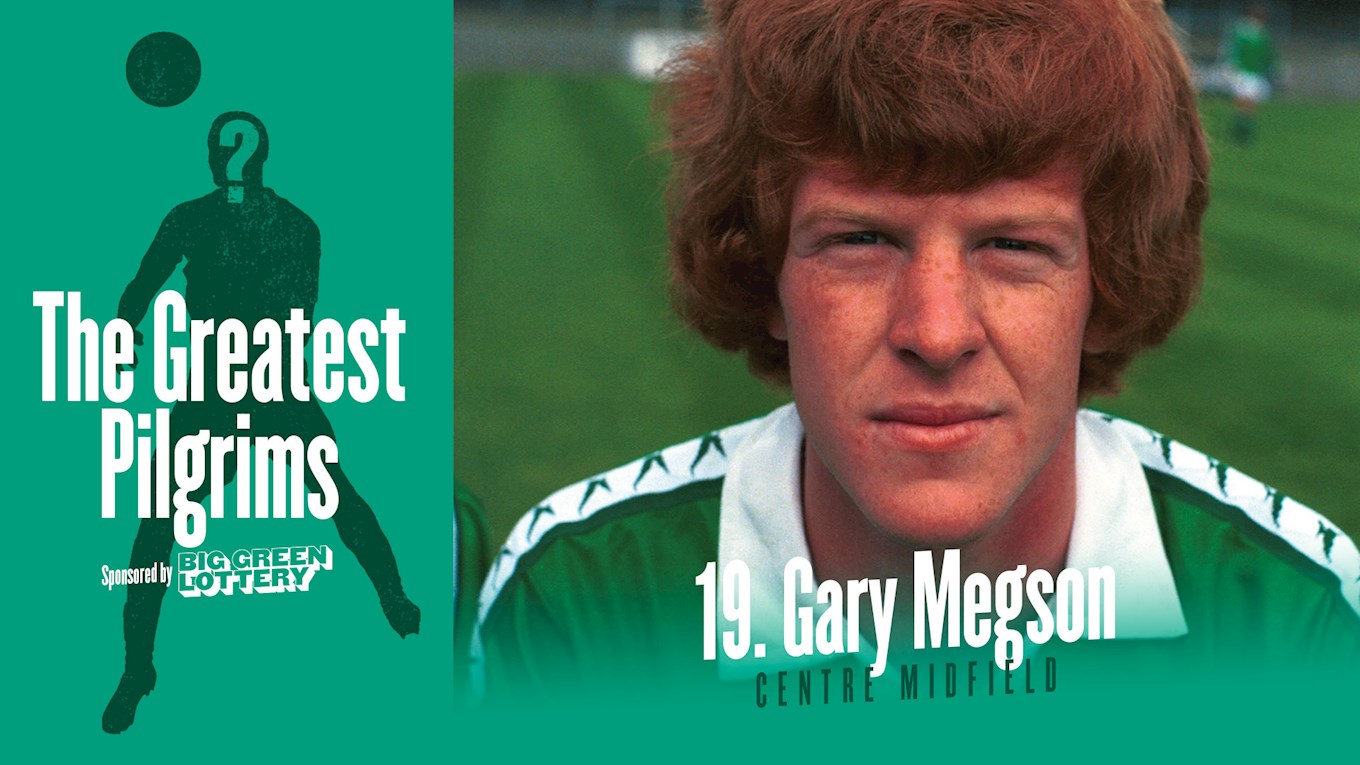 The superbly talented Gary Megson was another one of those midfielders who had supreme talent on the ball but also loved the competitive nature of life in the engine room.

A graduate of the Argyle youth system, Megson broke into the side as a teenager and looked instantly at home in the first-team environment. He soon became one of the top young players in lower league football and his form was good enough to earn a big-money move to Everton.

A fine career continued for the next 15 years, with Sheffield Wednesday the main club in Megson’s playing days, as well as stints with Newcastle, Manchester City, Norwich, Lincoln and Shrewsbury.

Megson retired from playing in 1995 and immediately stepped into management. He took charge of an impressive 12 clubs over the next two decades and even managed in the Premier League. A fabulous talent nurtured at Home Park. 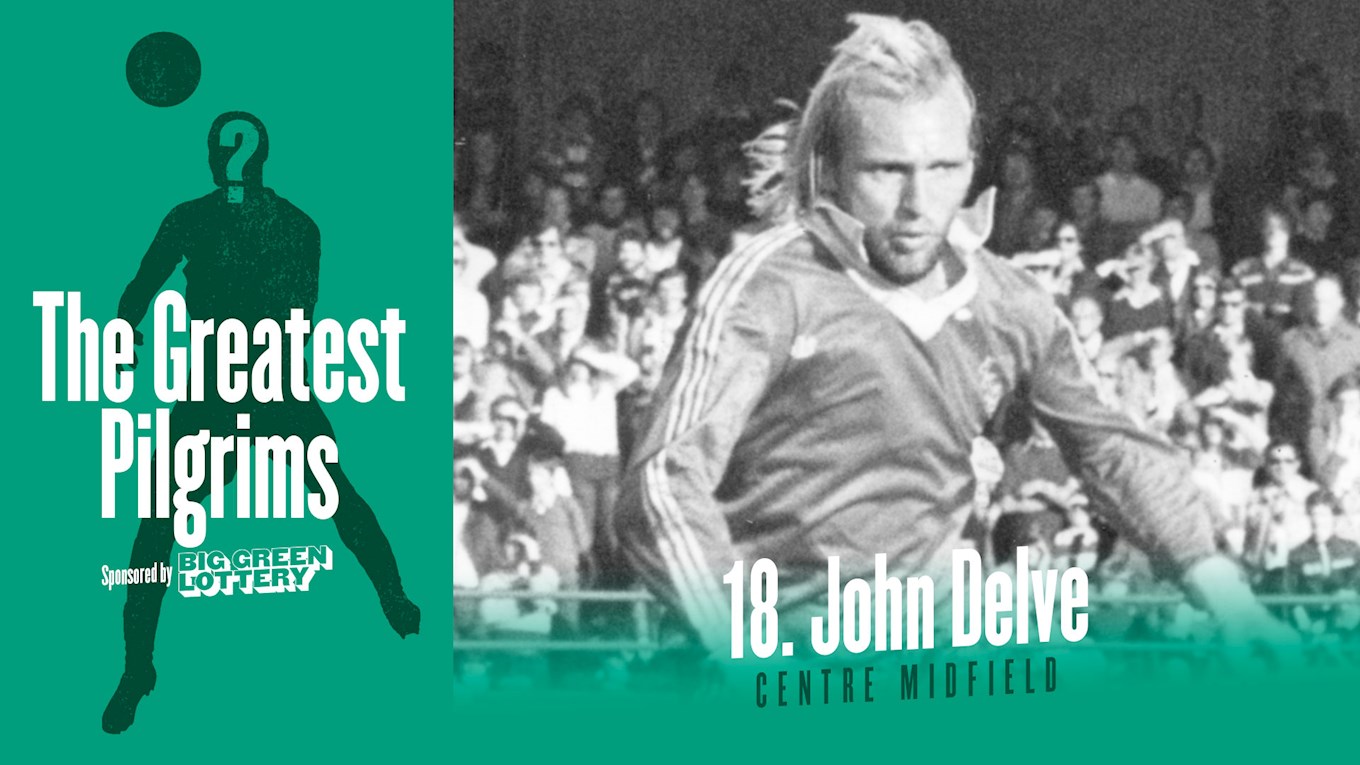 John Delve was an extremely energetic and dynamic midfielder, who could run all day and produced the sort of performances that would drive his team to victory.

A junior at Queens Park Rangers, Delve was just finding his feet at first-team level when the Pilgrims came in with a £30,000 bid to bring him to Home Park in 1974 and he set about four excellent years in the famous Green shirt.

He was arguably the unsung hero in the promotion-winning team of 1975, consistently providing powerful performances in the middle of the park. Delve was a proper midfielder of the era, strong in the tackle and fearless in his work.

He eventually left for Exeter City and became as much of a legend in five years with the Grecians. He finished his professional career at Hereford and then slipped into the non-league game. 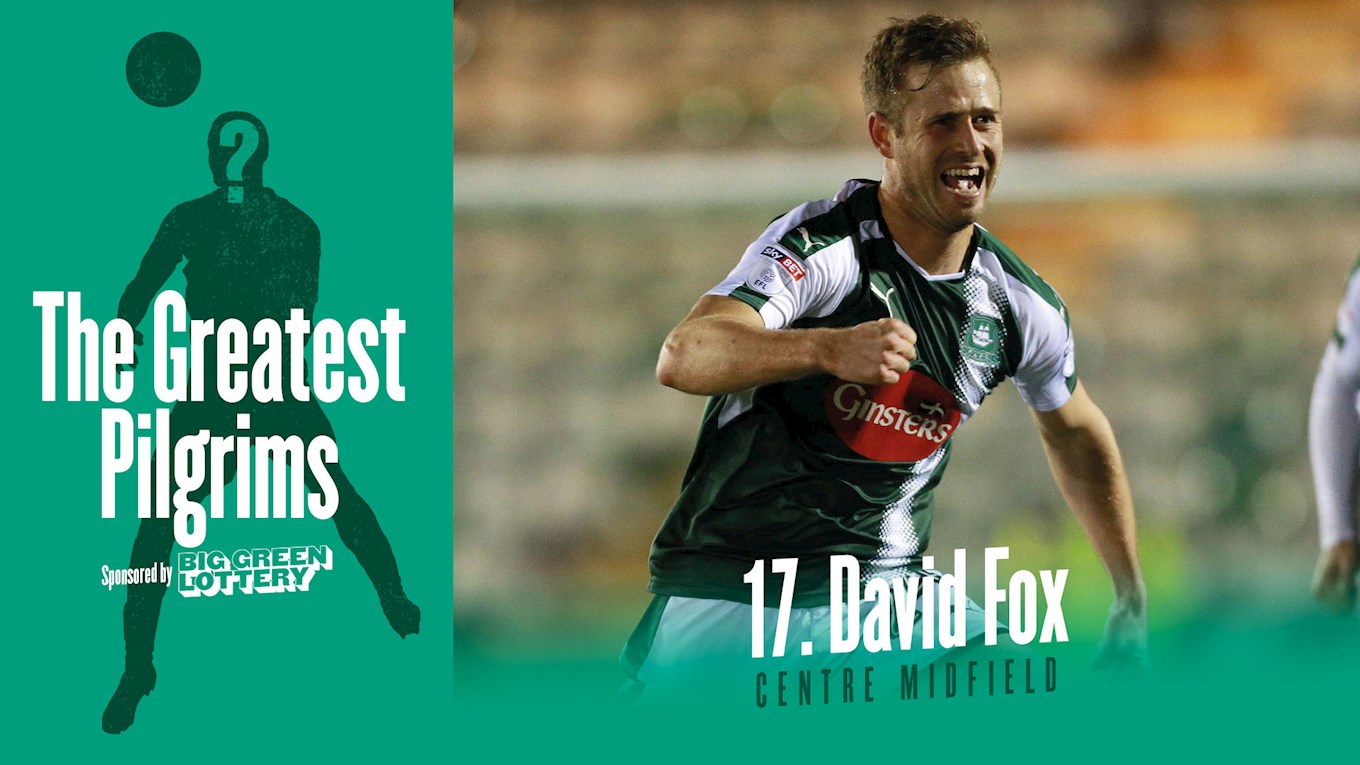 When David Fox moved to Home Park as a 32 year-old in 2016, he brought with him the vast experience and calm assurance that made such a difference to the Derek Adams era.

The son of former Exeter goalkeeper Peter Fox, David was signed by Manchester United as a youngster in 2000 but was unable to force his way into a team packed with international stars and moved on to Blackpool and then Colchester.

A switch to Norwich in 2010 was a pivotal move in his career, as Fox became a key member of the team that won promotion to the Premier League. He returned to Colchester in 2014, then signed for Crewe and eventually Argyle.

Fox was the midfield platform in the team built by Adams and a virtual ever-present as the Pilgrims won promotion back to the third tier. A super footballer and very popular around the club, Fox left Argyle in the summer of 2019 after racking up 142 appearances for our club. 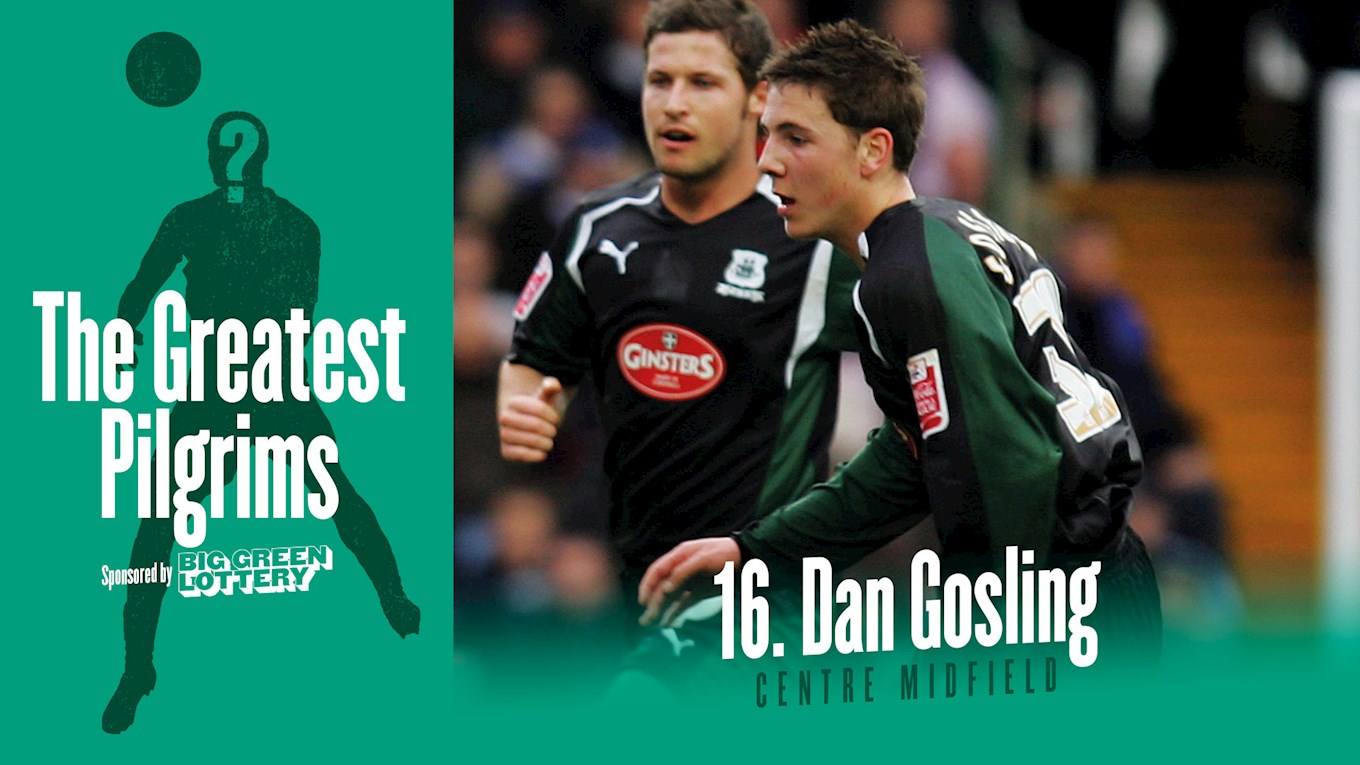 A triumph of the Argyle scouting and youth system in the past 20 years, Dan Gosling was spotted as under-12 playing for Brixham in Torbay. He moved smoothly through the age groups and was promoted to the first-team under Ian Holloway.

Gosling famously played against Real Madrid in the pre-season tour of Austria in 2006 and went on to become one of our youngest ever debutants. He was comfortable in the centre of midfield or on the right-hand side and a natural footballer.

Although he had that fresh-faced look of a youngster, Gosling thoroughly enjoyed a tackle and quickly attracted the attention of Premier League clubs. He moved to Everton in 2008 for a large transfer fee and famously scored a winner against Liverpool in a Merseyside derby.

Gosling has been an established Premier League midfielder for the past decade, moving from Everton to Newcastle and then Bournemouth, where he has been a consistent performer for the past five seasons.