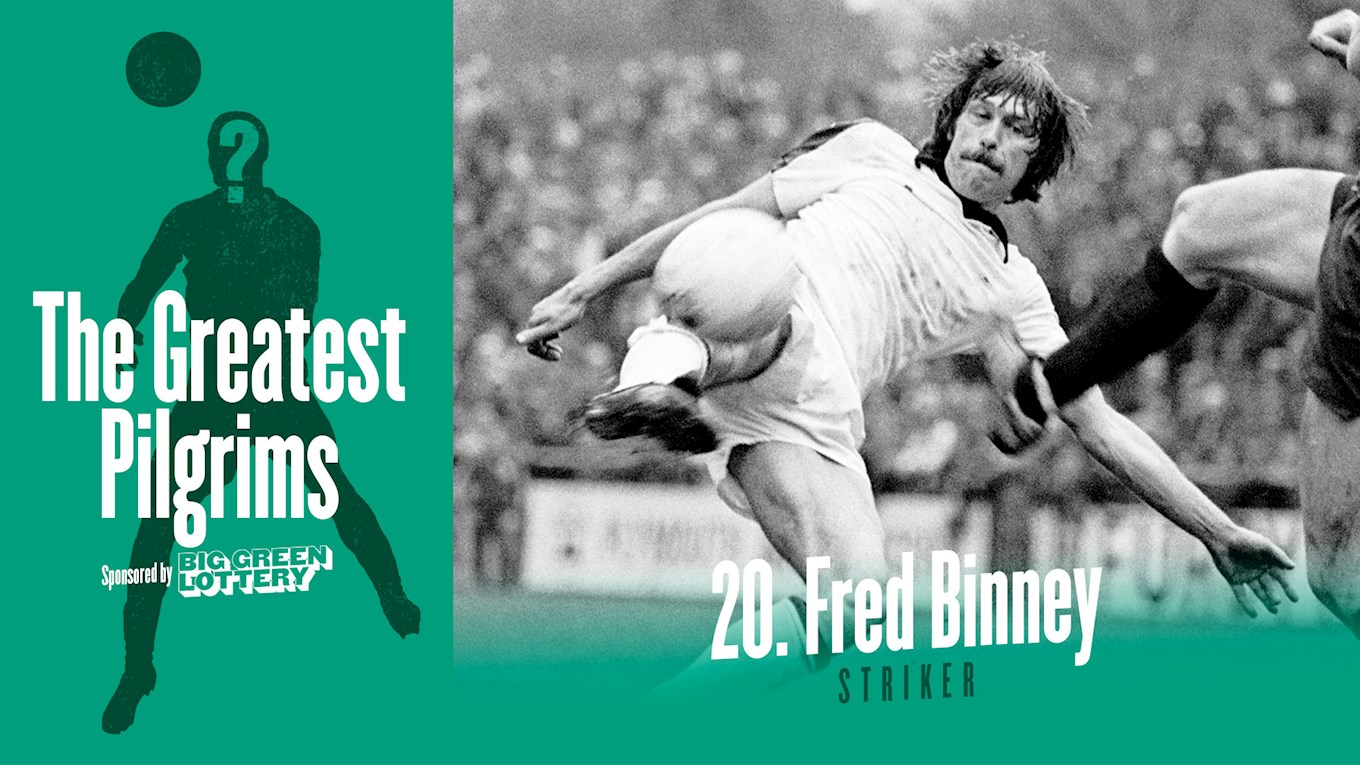 In two years as a Pilgrim, Fred Binney recorded a superb scoring ratio above a goal every two games and established his reputation as a lethal striker.

Although born in Plymouth, Binney actually made his name with our Devon neighbours Torquay United and Exeter City, where he scored a barrage of goals and earned a move to Brighton in 1974.

The incredible scoring record continued on the south coast and Fred then took his chance to sample the American Soccer League before signing at Home Park in 1977. After a patchy start, Binney showed his extraordinary goalscoring prowess by netting 28 times in the 1978-79 season.

He understandably won Player of the Season but bizarrely fell out of favour the following year and was sold to Hereford. Fred later moved into coaching and will always be remembered as one of our great goalscorers. 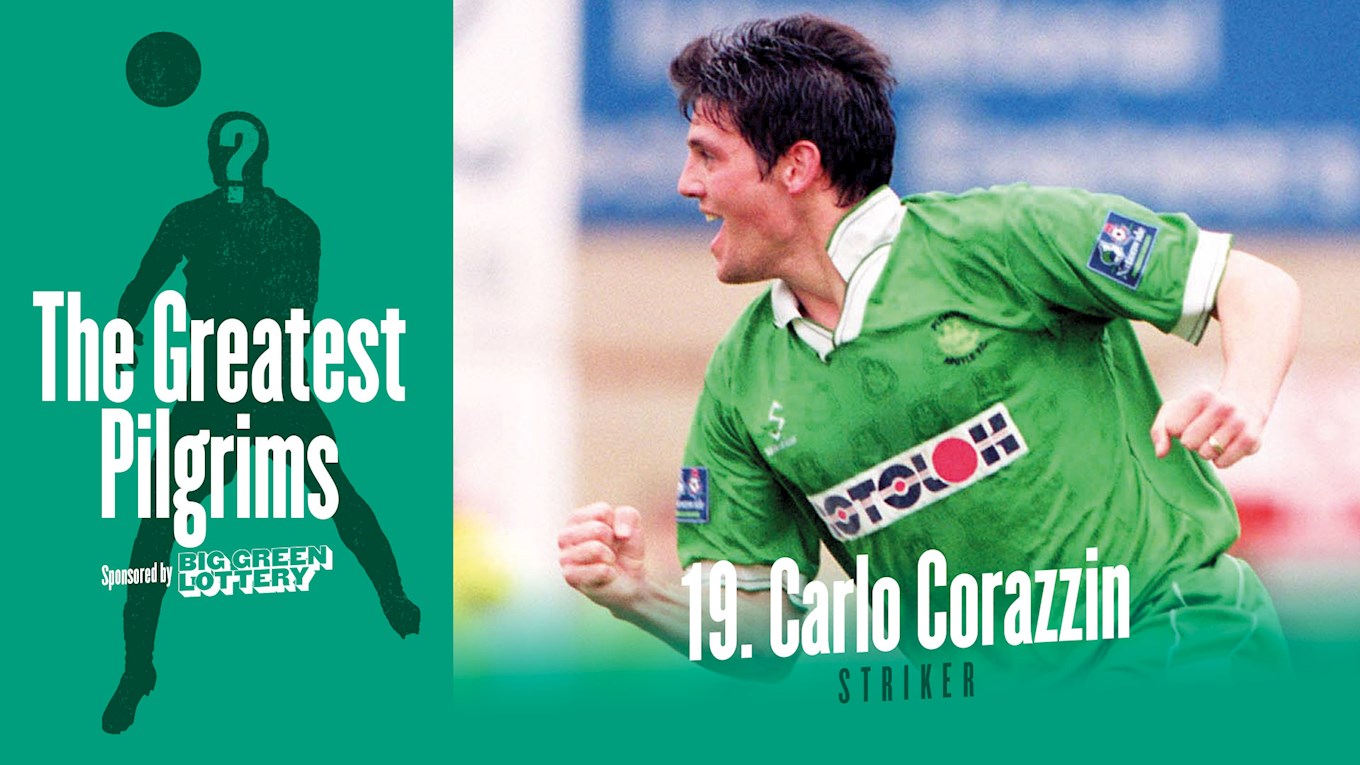 Canadian international striker Carlo Corazzin was originally signed as a back-up to the first-choice duo of Mickey Evans and Adrian Littlejohn, but forced his way into the side with his powerful performances in the vanguard.

After being plucked from the Canadian game by Cambridge, Carlo settled well in English football and was signed by the Pilgrims in 1996, making a number of substitute appearances in that promotion-winning year.

The departure of Evans to Southampton opened the door for Corazzin and he walked right in with his all-action displays, banging in 17 goals in an otherwise difficult campaign for the club that saw us relegated back to the bottom tier.

Carlo had become our top player and was sold to Northampton, later playing for Oldham and the Vancouver Whitecaps back in Canada, where he now works as a TV pundit. 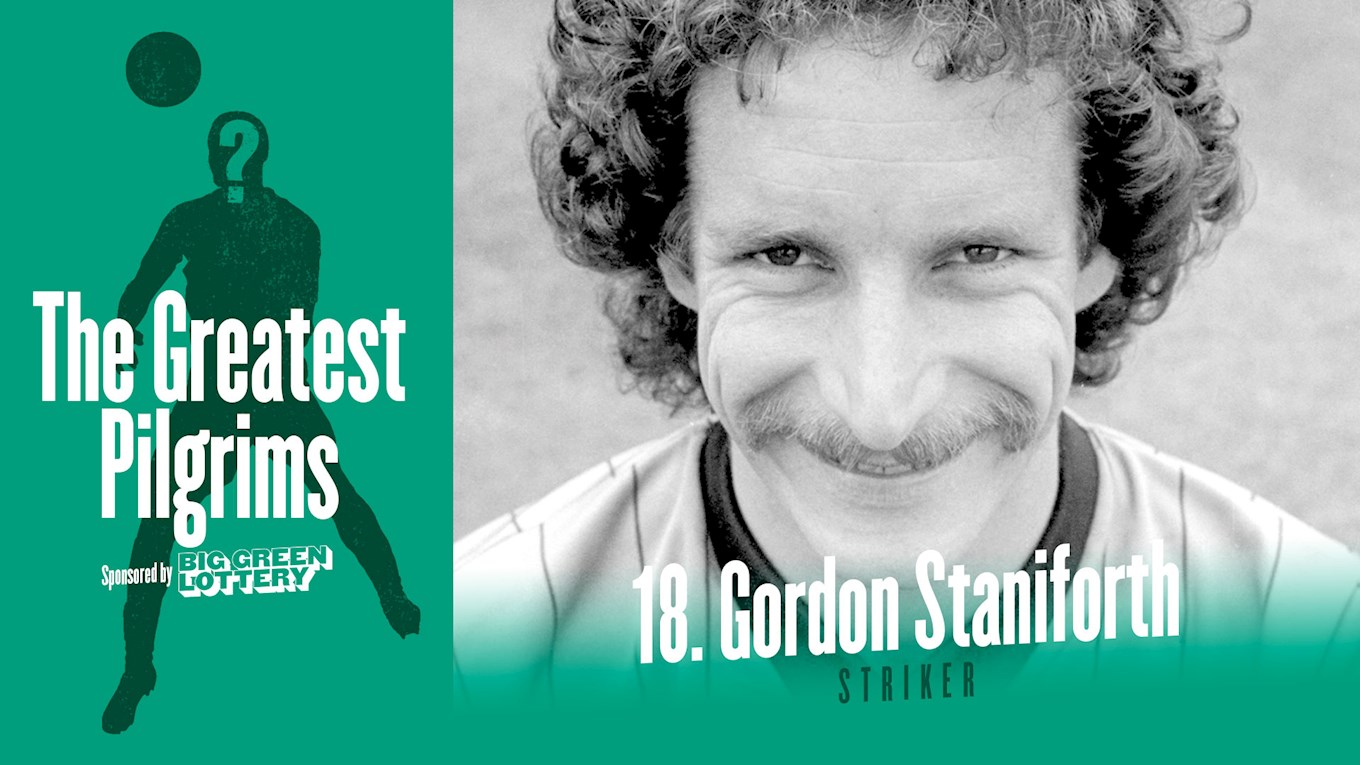 Gordon Staniforth was the other half of the great strike-partnership with Tommy Tynan in the mid-1980s at Home Park and a fabulous little forward in his own right.

After learning his trade at Hull City, Staniforth established his credentials with four-season spells with York and Carlisle, moving to Home Park in 1983.

The Green Army were immediately endeared to the competitive, tireless running of Staniforth, who also had an eye for goal. He won Player of the Season in his first year as a Pilgrim and played a major role in our run to the FA Cup semi-final.

He developed a tremendous understanding with Tynan and a sad day when he left for Newport. His daughter Lucy is an England international with the Lionesses, while Gordon has become an anti-drugs campaigner following the tragic death of his son Tom at the age of just 20. 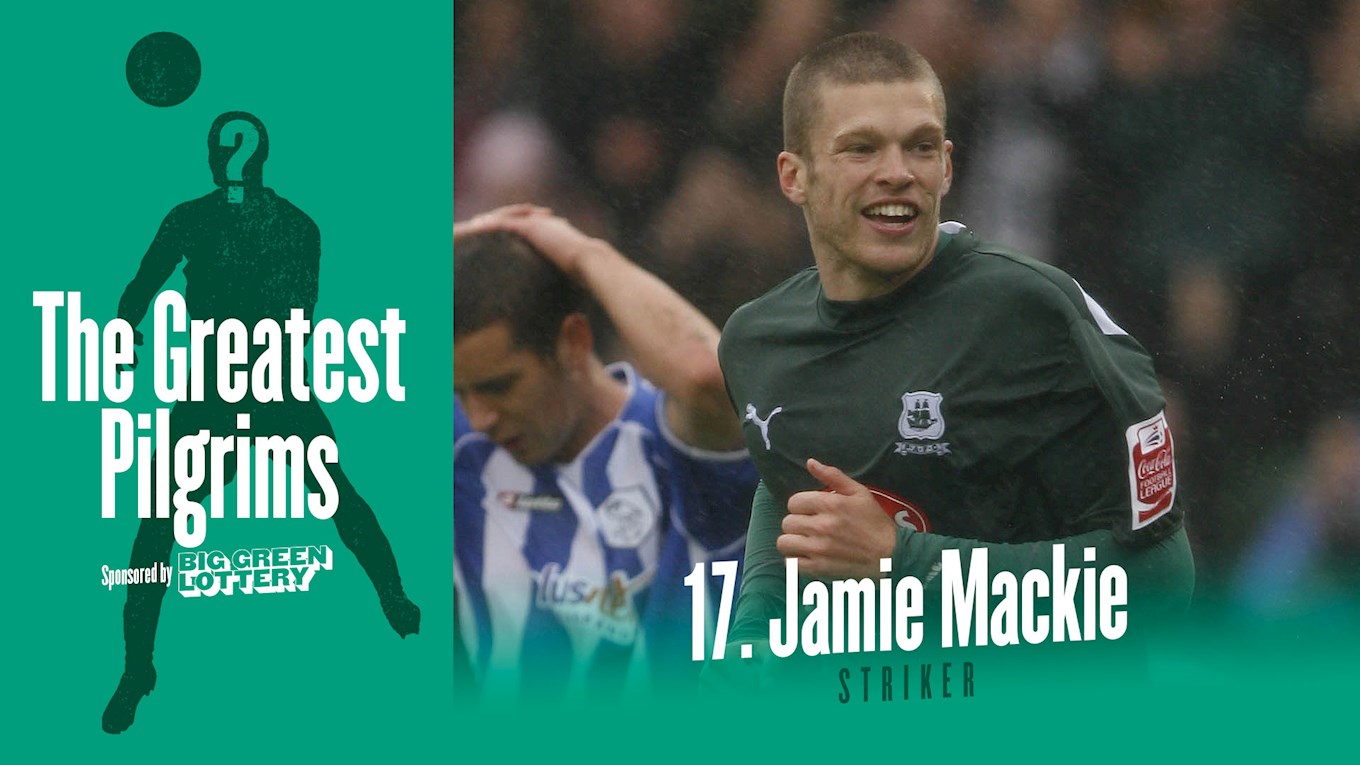 Effervescent, energetic and enthusiastic, Jamie Mackie made a tremendous impact in his two years as a Pilgrim, playing both in his favoured striker role or as a wide midfielder.

Mackie started his career with Wimbledon before moving to Exeter in 2005 and gradually enhanced his status with a string of all-action performances for the Grecians, prompting Argyle to swoop for his signature in 2008.

He was an incredibly infectious character and caused Championship defences huge problems with his direct running, incredible fitness and the ability to score some fabulous goals. Mackie developed into a serious Championship striker and was sold to QPR for a fee in the region of £500,000.

He helped Rangers win promotion to the Premier League and continued to perform well in the top flight. Mackie then moved to Nottingham Forest before returning to QPR and now plays for Oxford United. 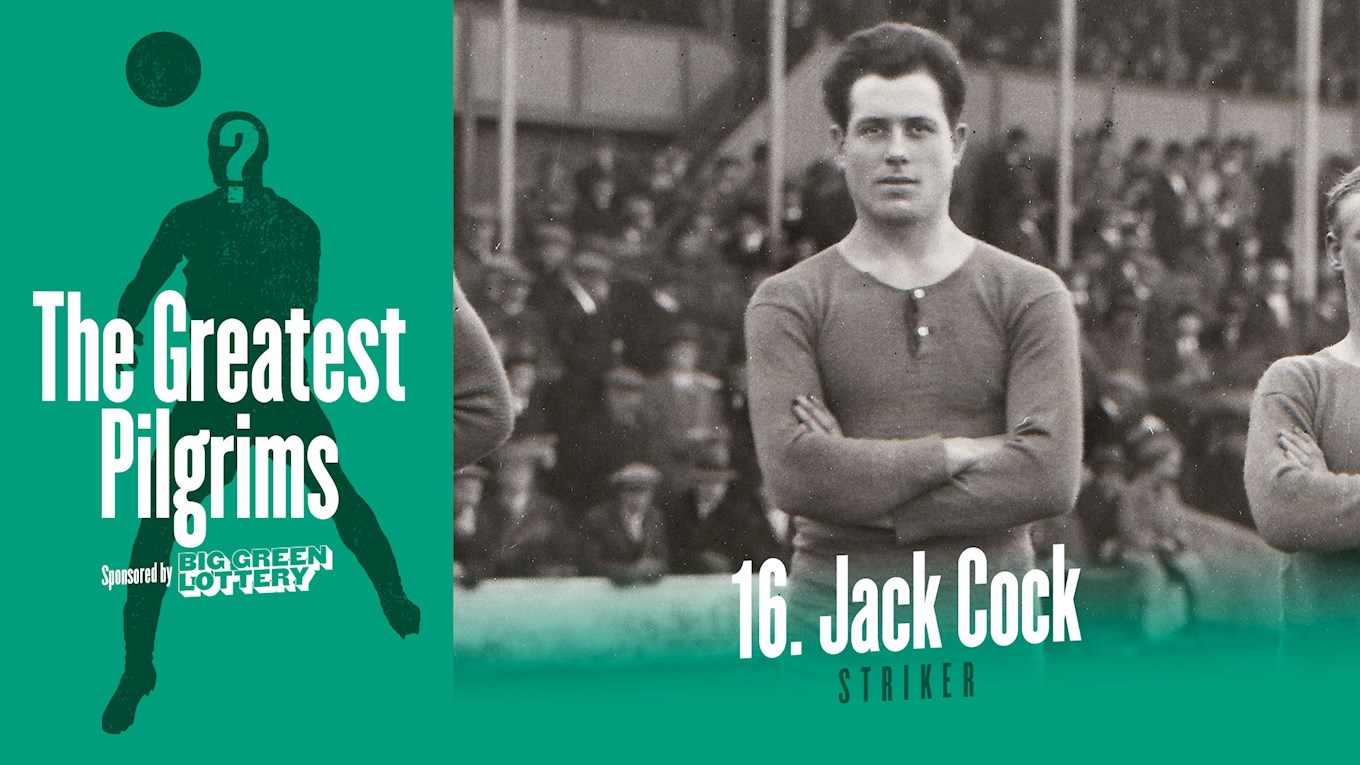 The great Jack Cock wrote his name into the history books by becoming the first Cornishman to represent England when he won two international caps in 1919.

He was decorated for bravery in the First World War before resuming his football career with Brentford and Huddersfield. Jack signed for Chelsea in 1919 and was a prolific striker for the club before moving on to Everton.

Although in his 30s when signed by Argyle manager Bob Jack, it is was immediately clear we had recruited a top class striker. Jack Cock had wonderful skill, agility and an insatiable appetite for scoring goals.

Over the course of 92 games as a Pilgrim, he banged in 74 goals and his scoring prowess ranks up there as one of the greatest to ever represent our club. He moved to Millwall in 1927 and kept on scoring until his retirement.