The story of a player fighting back from early rejection, Derek Rickard took his second chance as a Pilgrim and scored two iconic goals of the 1970s.

Rickard was released by the Pilgrims as a junior and drifted into the local scene with Torpoint and St Austell before being given another shot at the professional game.

He grabbed that opportunity with the vigour of a man determined to prove a point and Rickard enjoy such a tremendous start to his second stint with the club that he won Player of the Season in 1970.

He had become a first-team regular and famously scored in the 2-1 defeat to the great Leeds United side of the era in the 1973 FA Cup, and then, just a month later, Rickard also hit the net in the friendly with Brazilian giants Santos.

Rickard moved to Bournemouth in 1974 for a couple of seasons and then returned to local non-league football. 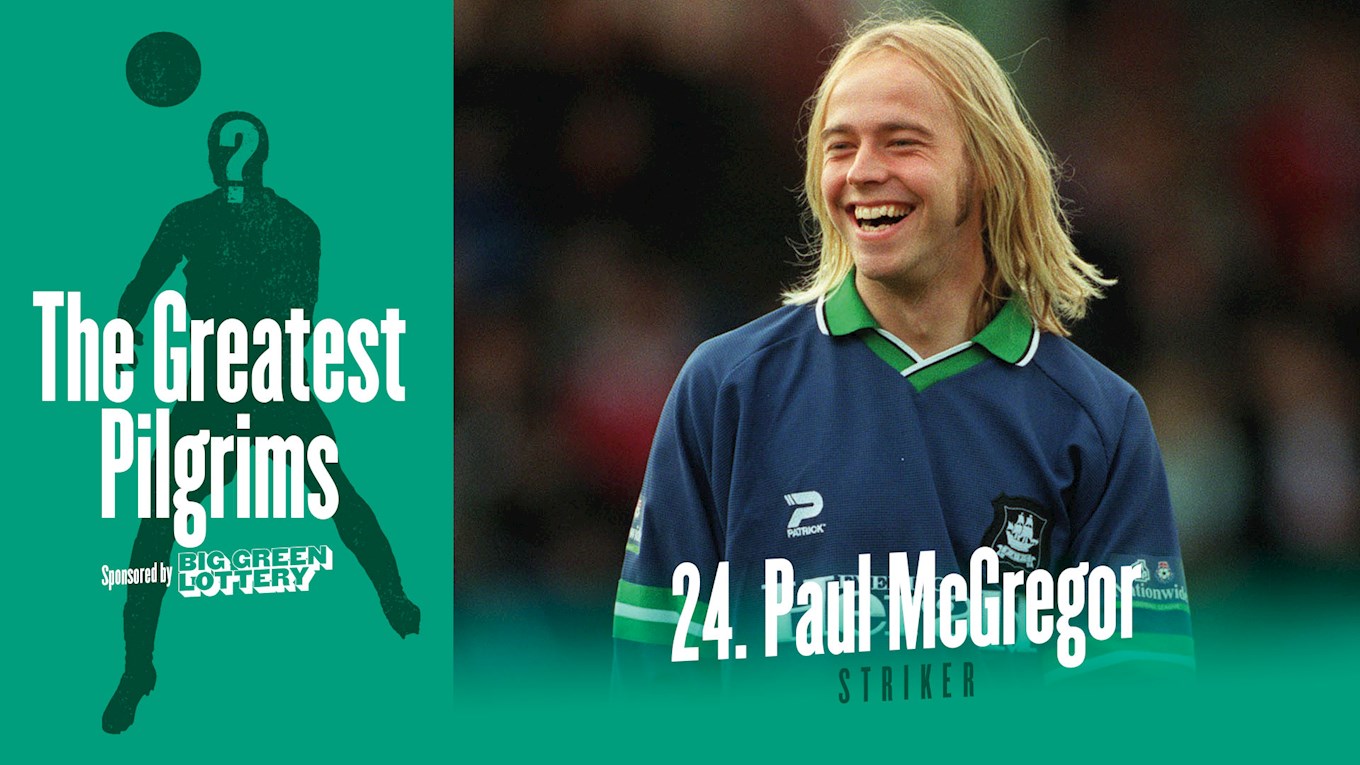 Great haircuts and great ability, Paul McGregor was a fine striker, who graced Home Park for two seasons around the turn of the Millennium.

McGregor came through the youth system at Nottingham Forest and was touted as a future star, scoring against Lyon in the UEFA Cup and playing in the Premier League. He also had a side job as a singer in a pop band.

After loan spells at Carlisle and Preston, McGregor signed at Argyle in 1999 and was instantly recognisable with his flowing long blonde hair. It was not just about the look, however, as McGregor was a very good striker.

He banged in two hat-tricks and scored a total of 16 goals in his first campaign as a Pilgrim, winning the club’s Player of the Season in 2000. The next year was not quite so successful and he was allowed to leave for Northampton before switching to a career in music. 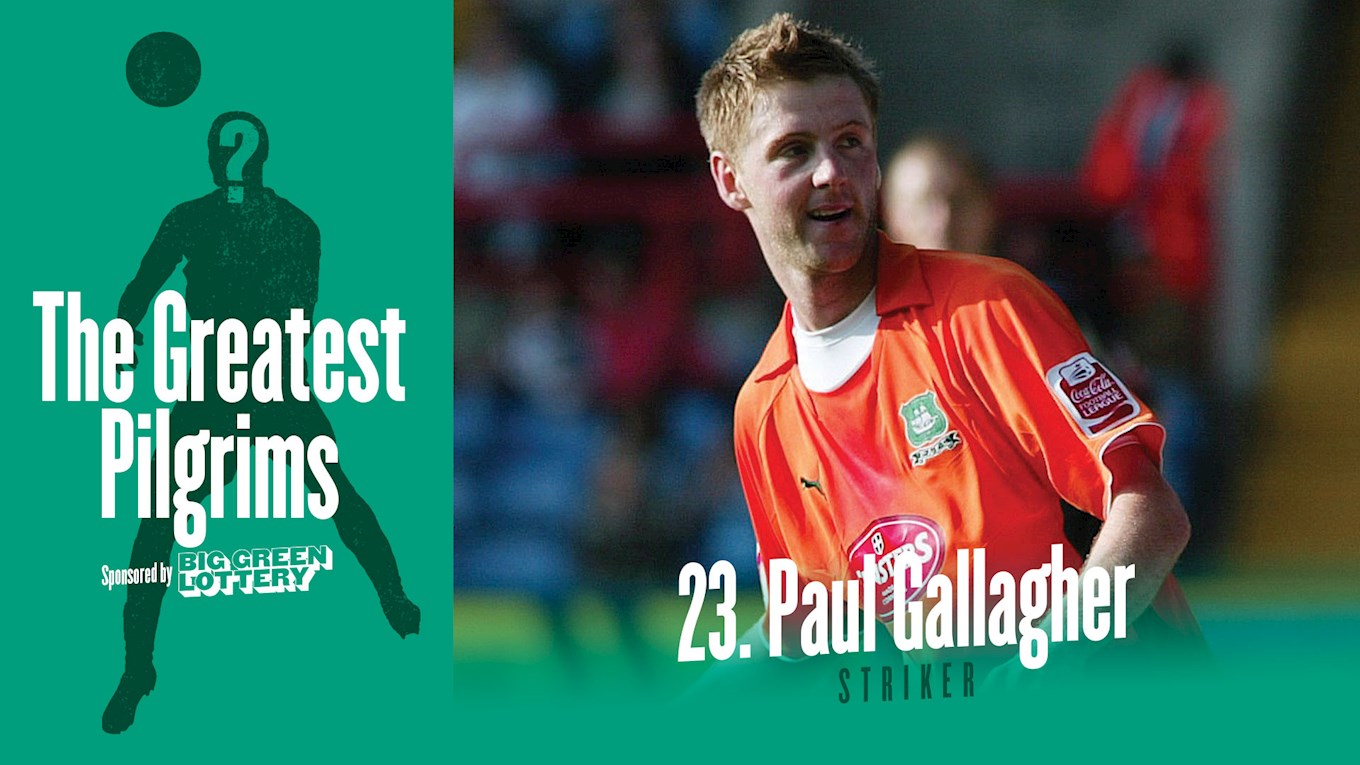 A superbly gifted footballer, Scotland international Paul Gallagher is one of the leading contenders for the title of most talented loan players to represent Argyle.

Gallagher came through the ranks at Blackburn and featured for them in the Premier League, in between loan spells at Stoke and Preston. He signed a season-long loan with the Pilgrims in 2008 and became one of our most potent attacking weapons in those Championship years.

He finished the campaign as Argyle’s top scorer with 13 goals but also had genuine class and creativity in providing chances for offers. He later signed for Leicester and spent six years with the Foxes.

Gallagher was, and still is, sublime from set-piece situations and has spent the last four years as a regular at Preston North End in the Championship. 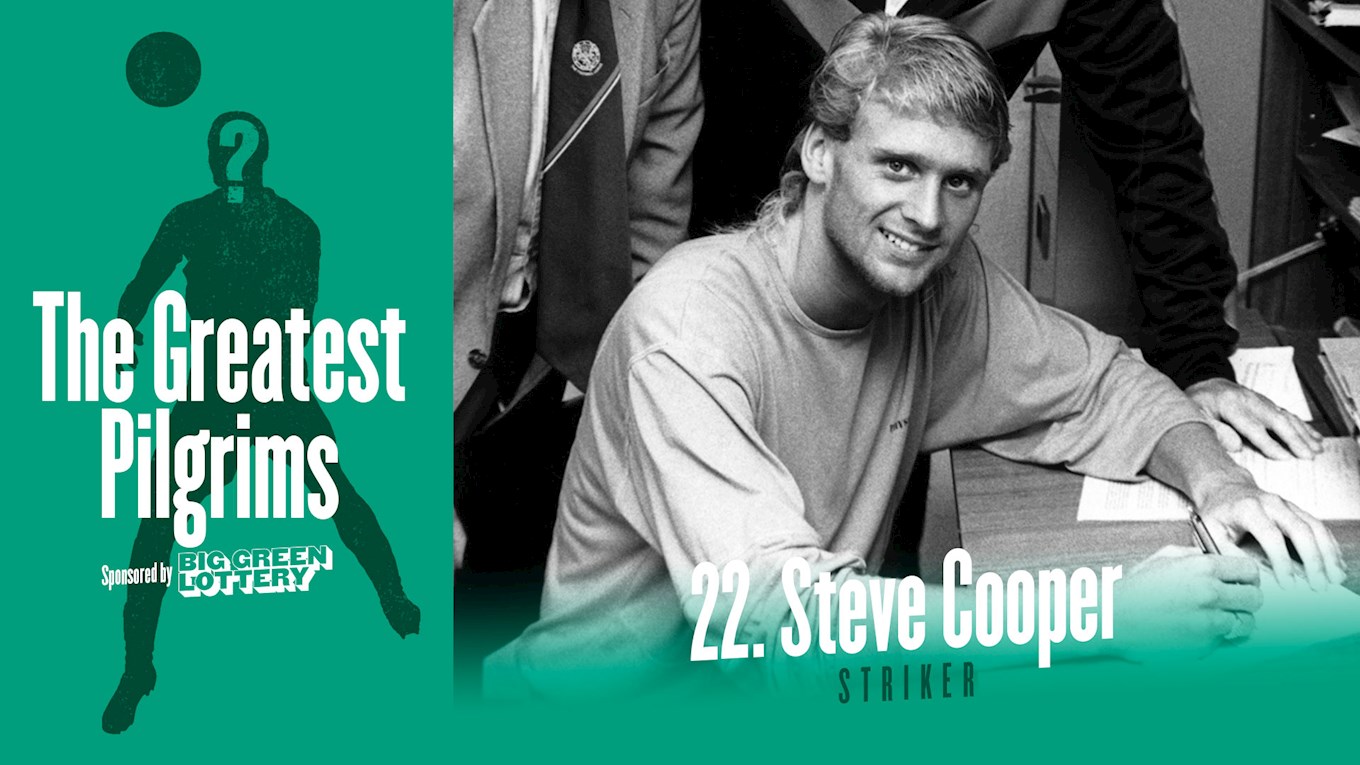 Steve Cooper had extraordinary agility and athleticism, which made him a tremendously difficult striker to mark, particularly from aerial crosses.

Coops was a schoolboy gymnast and took that flexibility into the football arena, firstly as a junior at Birmingham and then with Newport County. He signed for the Pilgrims in 1985 and became the main target-man in a fine team built by manager Dave Smith.

Coops was a key figure in the promotion-winning side under Smith and tormented teams with his power in the air. He left for Barnsley in 1988 and also played for Tranmere, York and in Scotland with Airdrie and Ayr United.

Tragically, Coops died in his sleep in 2004 at the age of just 39, having unknowingly suffered a fractured skull in a fall. Steve Cooper was a great Pilgrim taken far too soon. 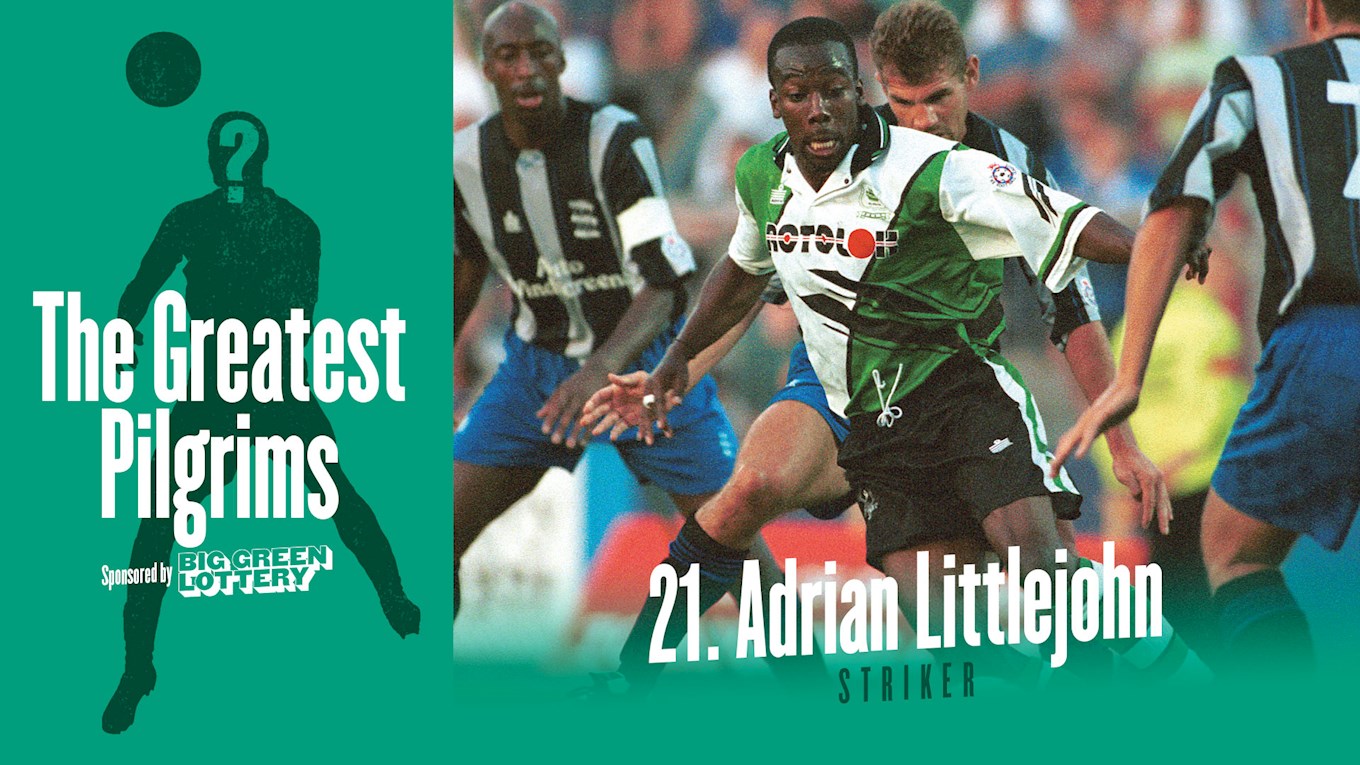 Adrian Littlejohn was one of our major attacking threats in the team that won promotion under Neil Warnock in 1996.

A quick, sharp striker, Littlejohn was a junior at West Brom but actually made his first-team breakthrough with Walsall. He then joined Sheffield United in the Premier League for a few seasons before Argyle paid £100,000 for his services in 1995.

It was a major signing for the Pilgrims at the time and Littlejohn delivered on the expectation, scoring 17 goals in his first season at Home Park and establishing his reputation as an extremely dangerous striker.

The goalscoring dried up a little over the next two campaigns and he moved to Oldham. Littlejohn also played for Bury, Port Vale and Lincoln before this great Pilgrim finished his career in non-league football.