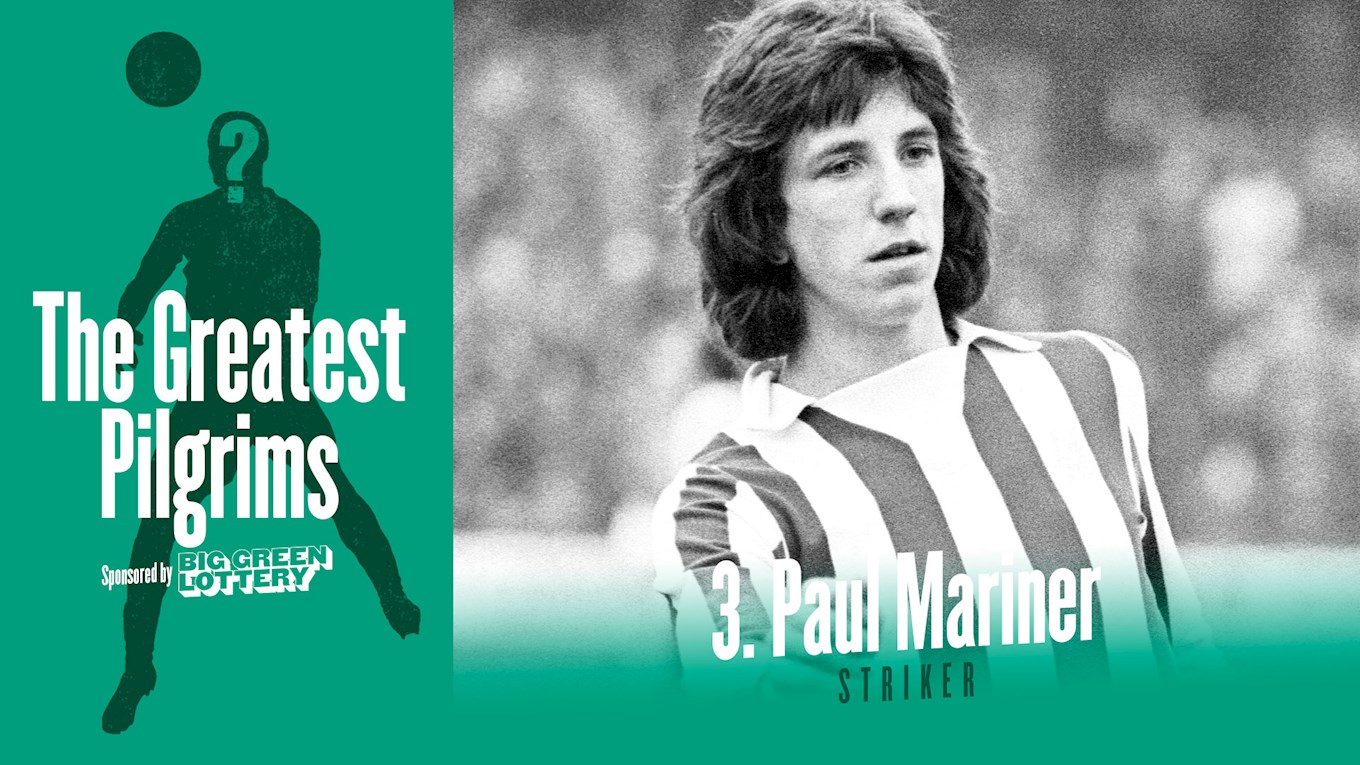 If it was down to pure football talent and accomplishments in the game, Paul Mariner would comfortably top the list of greatest Pilgrims.

Few could have predicted the illustrious future ahead of Mariner when he arrived as a fresh-faced youngster from Chorley in 1973. He quickly formed a brilliant strike-partnership with Billy Rafferty and his goals led Argyle to promotion in 1975.

Mariner was a powerful centre-forward who also had the rare gift of superb ball control and football intelligence. He could score goals and provide for others, as it soon became clear Argyle had signed a player capable of reaching the very top.

After 61 goals in three years as a Pilgrim, Mariner was sold to Ipswich Town, where he won the FA Cup and UEFA Cup. This great Pilgrim also played for Arsenal, Portsmouth and in the United States, winning 35 caps for England in a brilliant career.

He went into management in the USA and returned to Home Park as boss in 2009. A truly great Pilgrim and a great footballer.