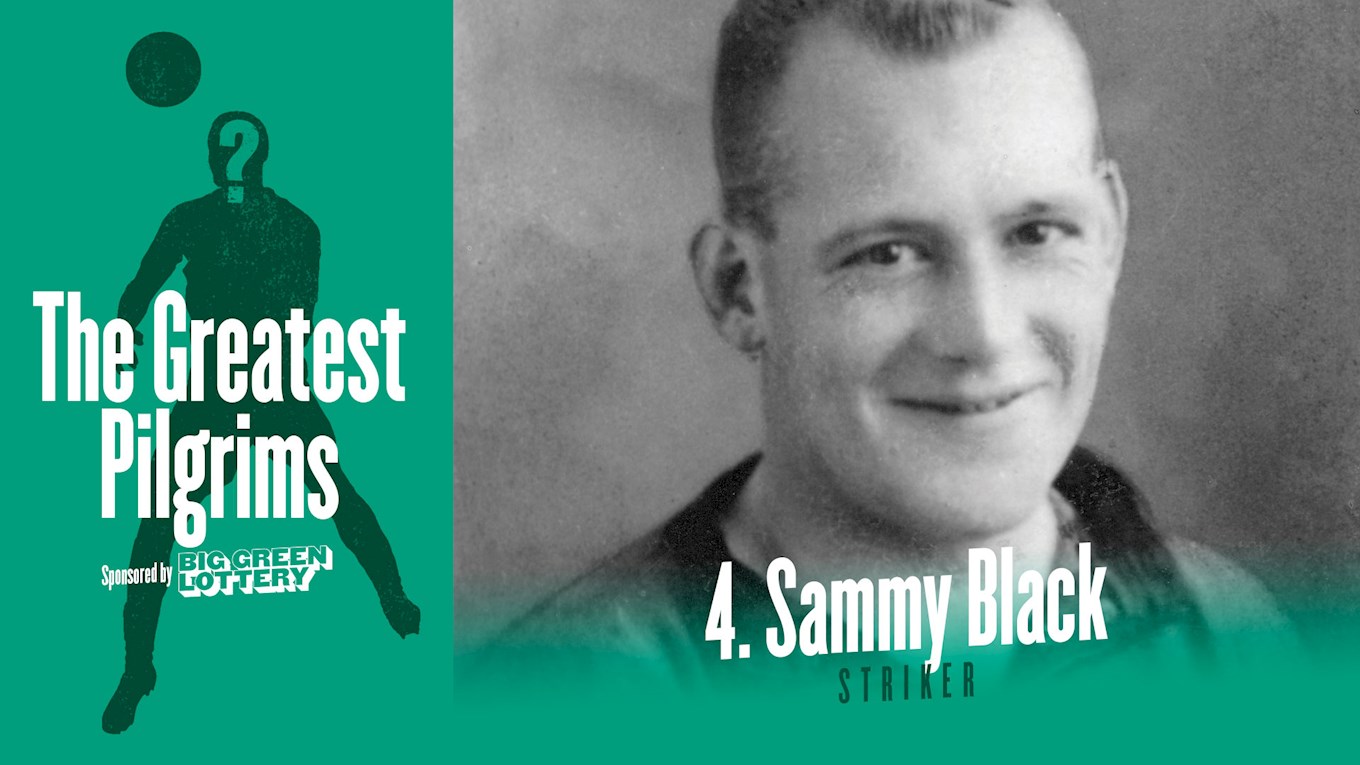 The great Sammy Black was the finest ever goalscorer to wear the Argyle shirt and a truly brilliant footballer, who could have also been sitting at the top of our list of greatest wingers.

Sammy was brought down from Scotland by legendary Argyle manager Bob Jack and the skilful little forward quickly became a hero at Home Park. Nicknamed the Mighty Atom, Sammy formed a devastating partnership with Jack Leslie in the Pilgrim attack.

Famed for playing with cigarette stub tucked behind his ear, Sammy was fast, tricky and blessed with a natural eye for goal. He was undoubtedly one of the best footballers in the country but remained loyal to Argyle, despite transfer rumours linking him with some major football clubs.

Sammy Black reached an incredible total of 182 goals in 491 appearances for Argyle, playing his final game in 1938. This truly great Pilgrim settled into Plymouth life after retirement and left us in 1977 at the age of 72.