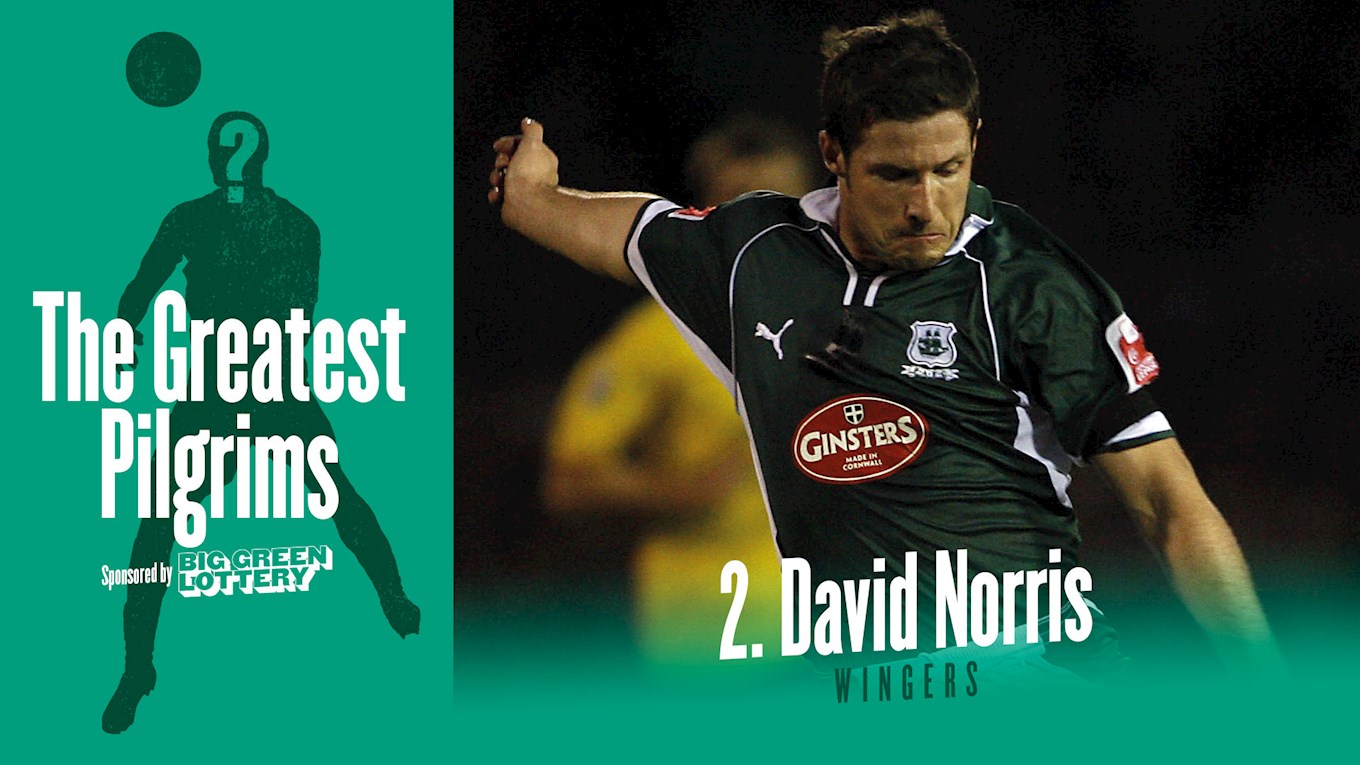 David ‘Chuck’ Norris is number two in your list of greatest Pilgrim wingers and an Argyle career that will be remembered for incredible energy and quality.

Unlike many in this list, Chuck arrived at Home Park with little fanfare, initially signing on loan from Bolton Wanderers in 2002. Norris quickly settled into the exciting team built by Paul Sturrock and his move to Argyle was soon made permanent.

Not only did he have a fantastic engine, Chuck was also a fine footballer, tenacious in his approach and a constant thorn to the opposition. He was not the biggest but certainly one of the toughest, and capable of operating on the right of midfield or in the centre.

Over the course of six seasons, Chuck made 243 appearances and became one of the best midfielders in the Championship. Argyle finally accepted a bid in excess of £2m from Ipswich Town in 2008 and Chuck enjoyed three years at Portman Road.

He later played for the likes of Portsmouth, Leeds, Peterborough and Blackpool. He now runs a fitness programme and still turns out in non-league football. David Norris: a fantastic Pilgrim.