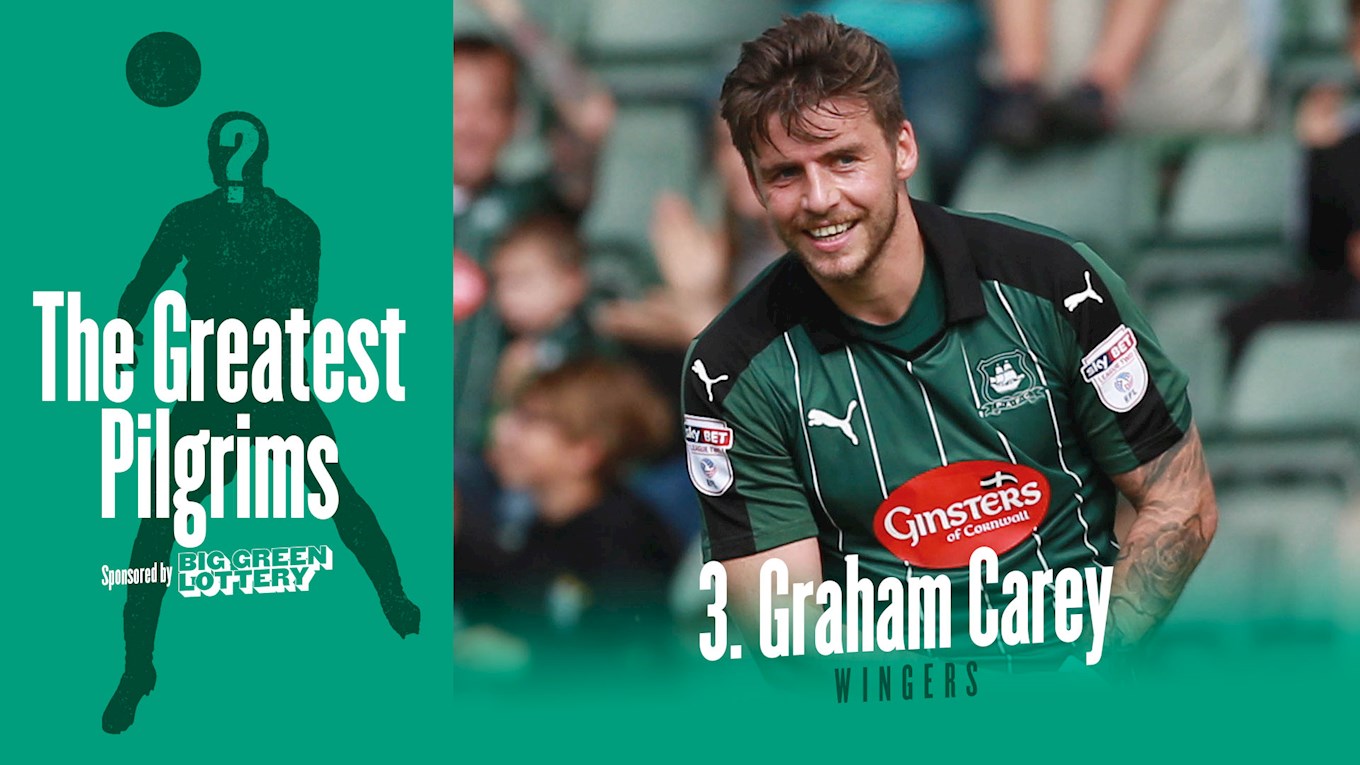 The Argyle icon of the modern era, Graham Carey was Argyle’s most potent creative weapon in the four years under manager Derek Adams.

Blessed with a delightful left foot and the ability to glide across the pitch, Carey scored 49 goals in 197 games as a Pilgrim before leaving in the summer of 2019 for a new challenge at CSKA Sofia in Bulgaria.

A Republic of Ireland Under-21 international, Carey was a youngster at Celtic but moved to St Mirren in 2011 for first-team opportunities. He then moved to Ross County and worked under Adams before following his manager down to Home Park in 2015.

Carey made an instant impression with his cultured left foot and a natural gift for creating chances, winning Player of the Season in his first campaign. The Irishman was pivotal in the promotion season of 2016-17 and his undoubted quality made him the source of constant speculation for a move to a higher level.

Carey was class and, despite the disappointment of relegation in his final year at Home Park, will always be remembered as one of the greats.