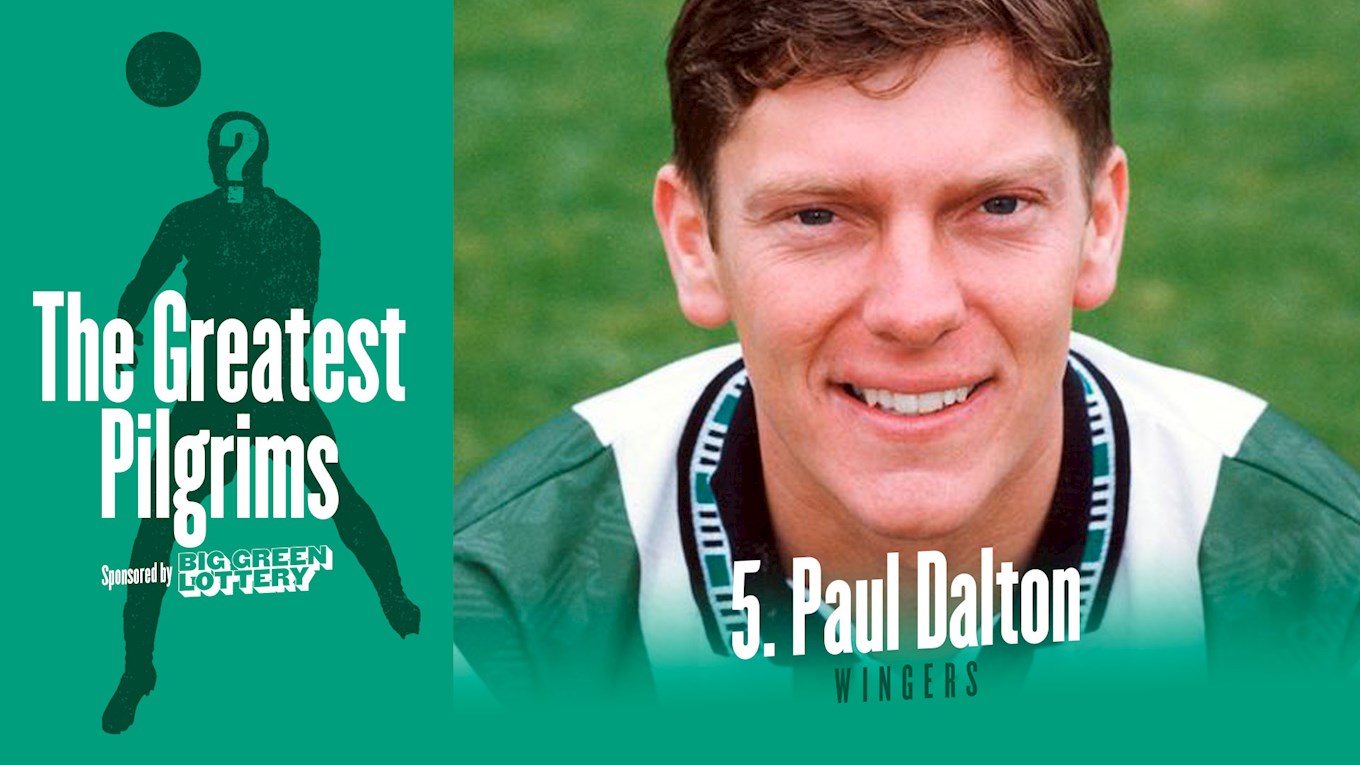 A genuine class act, Paul Dalton was a Rolls Royce footballer, who made the game look blissfully easy and treated the Green Army to many memorable performances.

Dalton played in the famed Manchester United youth-team of the era but moved to Hartlepool in 1989 without making a first-team appearance for the Red Devils. After three years with the Pools, he was signed at Home Park for an impressive fee of £275,000.

A broken leg stopped his progress before making an Argyle debut but, when it came in October 1992, the cultured winger settled into three happy years as a Pilgrim. Dalton scored some magnificent goals during his time in Green and his dazzling dribbling skills made him a Home Park hero.

Few Pilgrims can match Dalton when it comes to pure talent and a sad day when this gifted footballer left Home Park for Huddersfield in 1995. He finished his distinguished career with a brief spell at Gateshead in 2000.