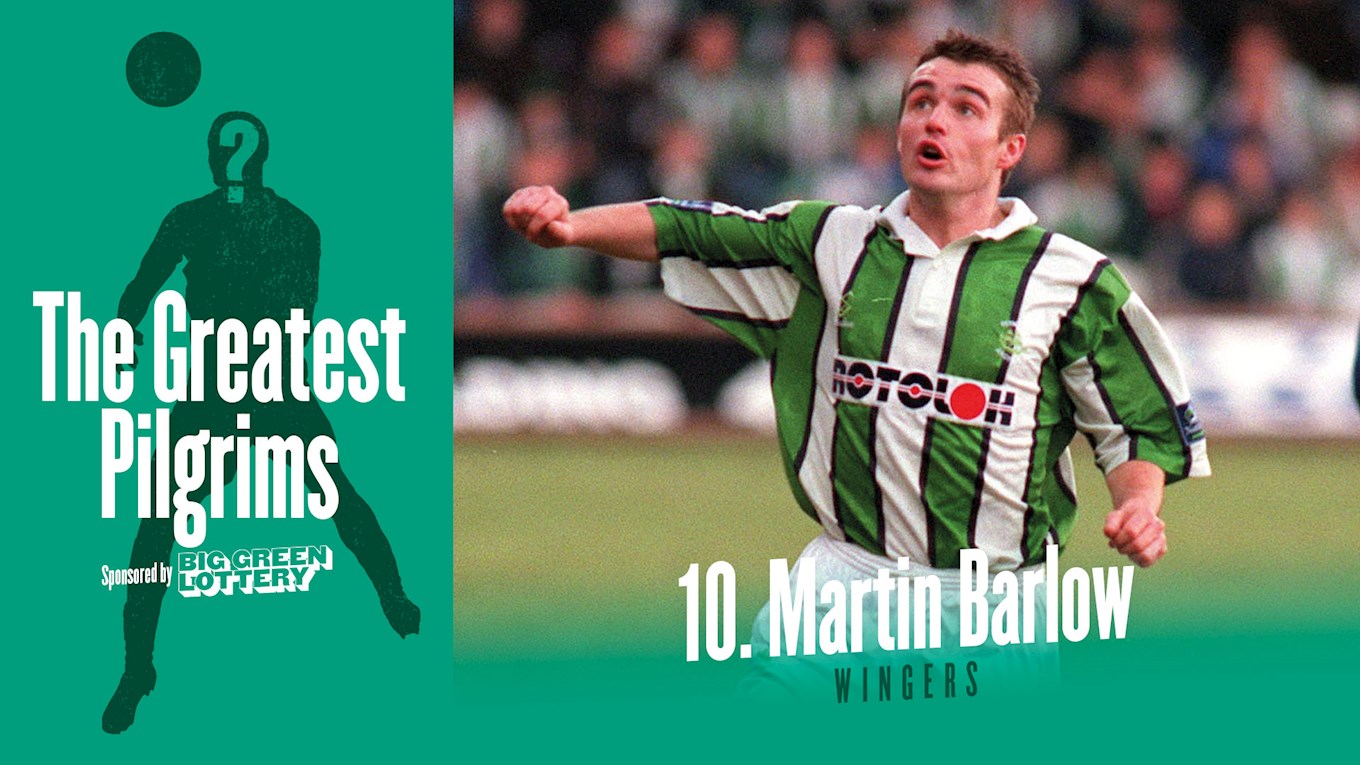 Over the course of 12 years and 377 appearances as a Pilgrim, Martin ‘Chopsy’ Barlow established his name as an Argyle legend.

Barlow graduated from the Home Park Academy to make his first-team debut and soon became a fixture on the right-hand side of the Argyle midfield, although he was also capable of doing a fine job in the middle of the park.

Hugely popular among his team-mates and the supporters, Barlow was a dependable stalwart, who very rarely had a poor game. He was compact with his passing, regularly provided dangerous crosses and disciplined in his defensive work.

Chopsy helped the Pilgrims win promotion with the Wembley play-off win in 1986 and was joint-Player of the Season in 1998, sharing with Carlo Corazzin. Barlow left in 2001 for a season at Exeter City and the first name in our top ten of greatest wingers. 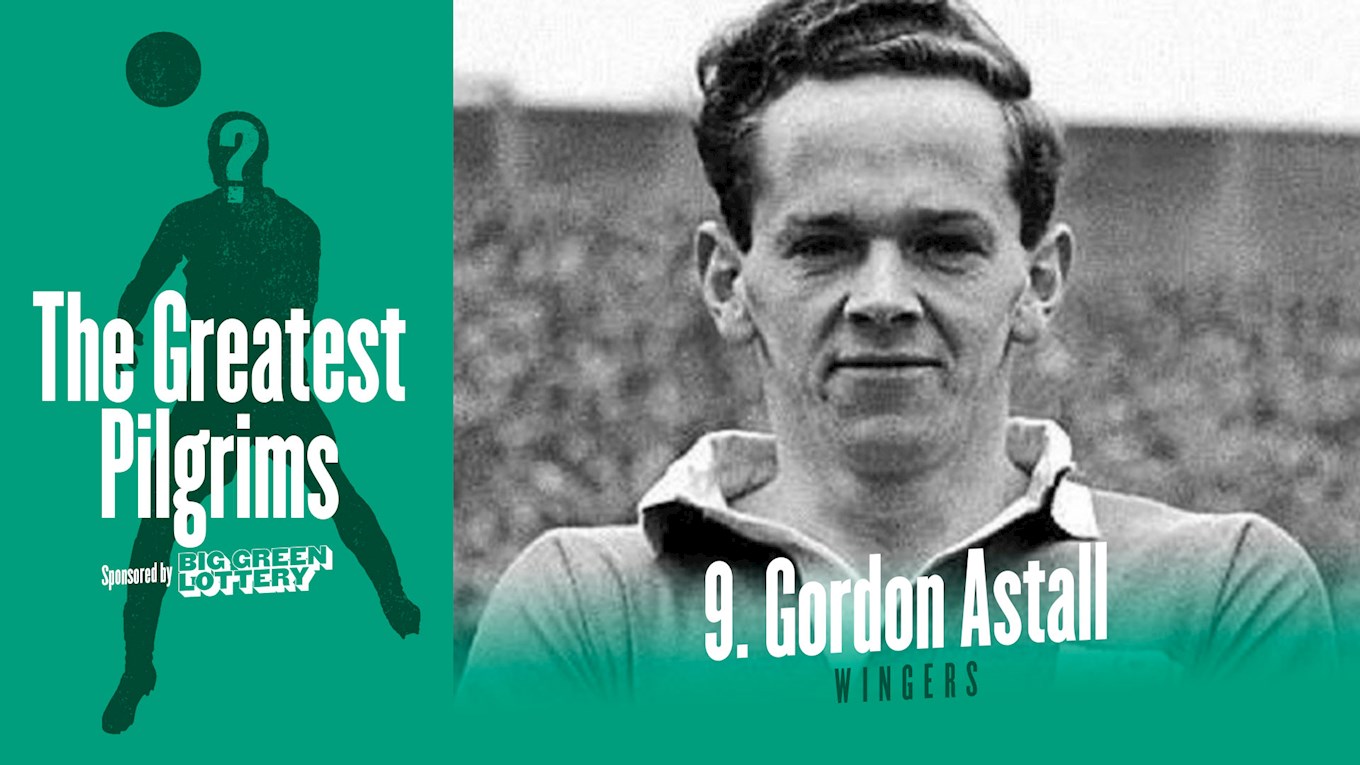 Pace and power were the twin pillars that built a wonderful career in the game for the legendary Gordon Astall.

Nicknamed ‘Cannonball’ in recognition of his ferocious shooting power, Astall came to Home Park from the Royal Marines in 1948 and was incredibly strong, quick and ruthless. Astall had a fantastic physique and used that to terrorise defenders.

His form at Home Park led to a call-up to the England B squad and he was signed by Birmingham City in 1953 for a fee of £14,000. Astall was a star at St Andrews, helping the Blues reach the FA Cup Final and he also won two full international caps with England.

He returned to Devon for a couple of years at Torquay United at the end of his career. Astall is an Argyle great and arguably ahead of his time with such impressive fitness and physical strength. 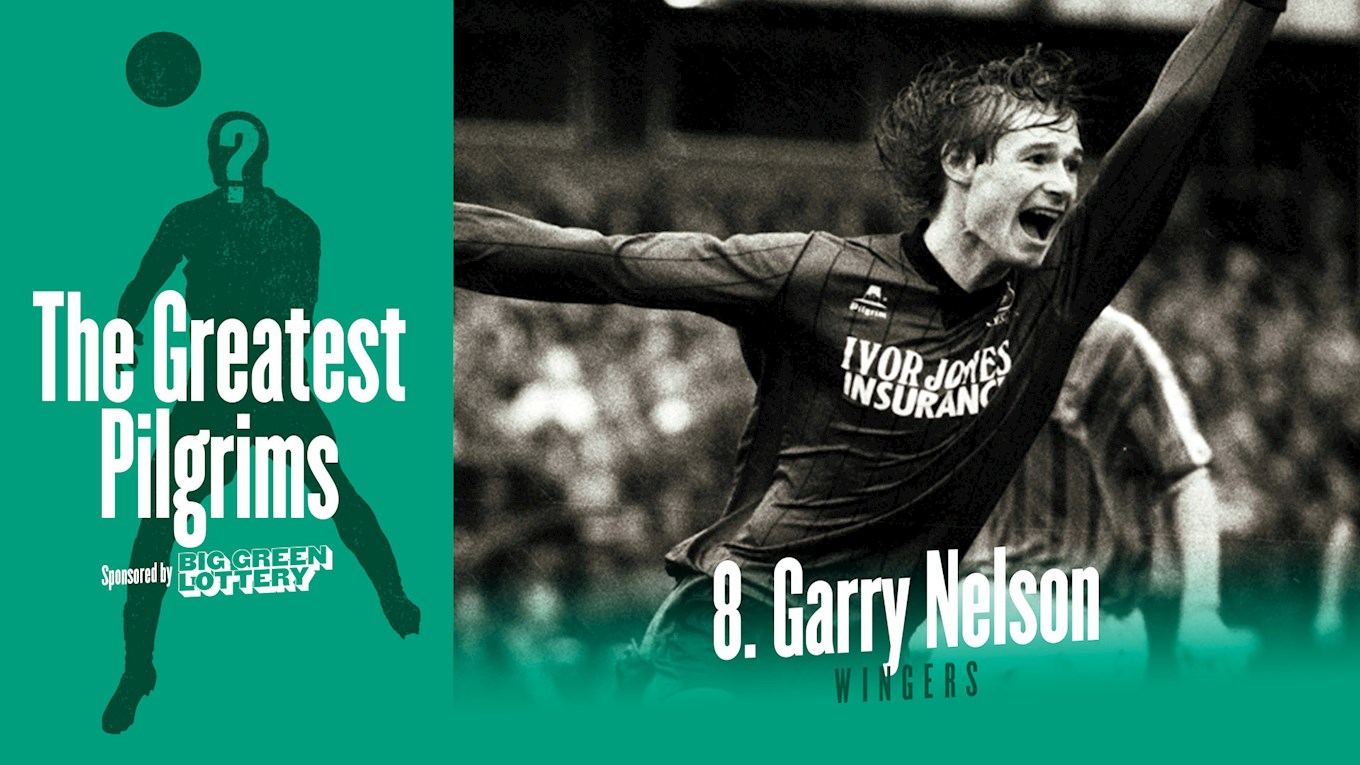 Garry Nelson was a hugely popular player at a number of clubs in a career that reached almost 650 appearances and he later became a distinguished author.

Nelson was an established professional when he arrived at Home Park in 1985, having spent his early years at Southend and Swindon. Blessed with a delightful left foot, Nelson became a key man in Dave Smith’s promotion team of the 1980s.

The Green Army loved his stylish approach to the game, scoring some valuable goals and always capable of conjuring a chance from nowhere. Nelson moved to Brighton in 1987 and later played for Charlton and Torquay before moving into sportswriting.

His two football books, ‘Left Foot Forward’ and ‘Left Foot in the Grave’ were bestsellers and both were shortlisted for the William Hill Sports Book of the Year. Garry Nelson was a great player and a great writer. 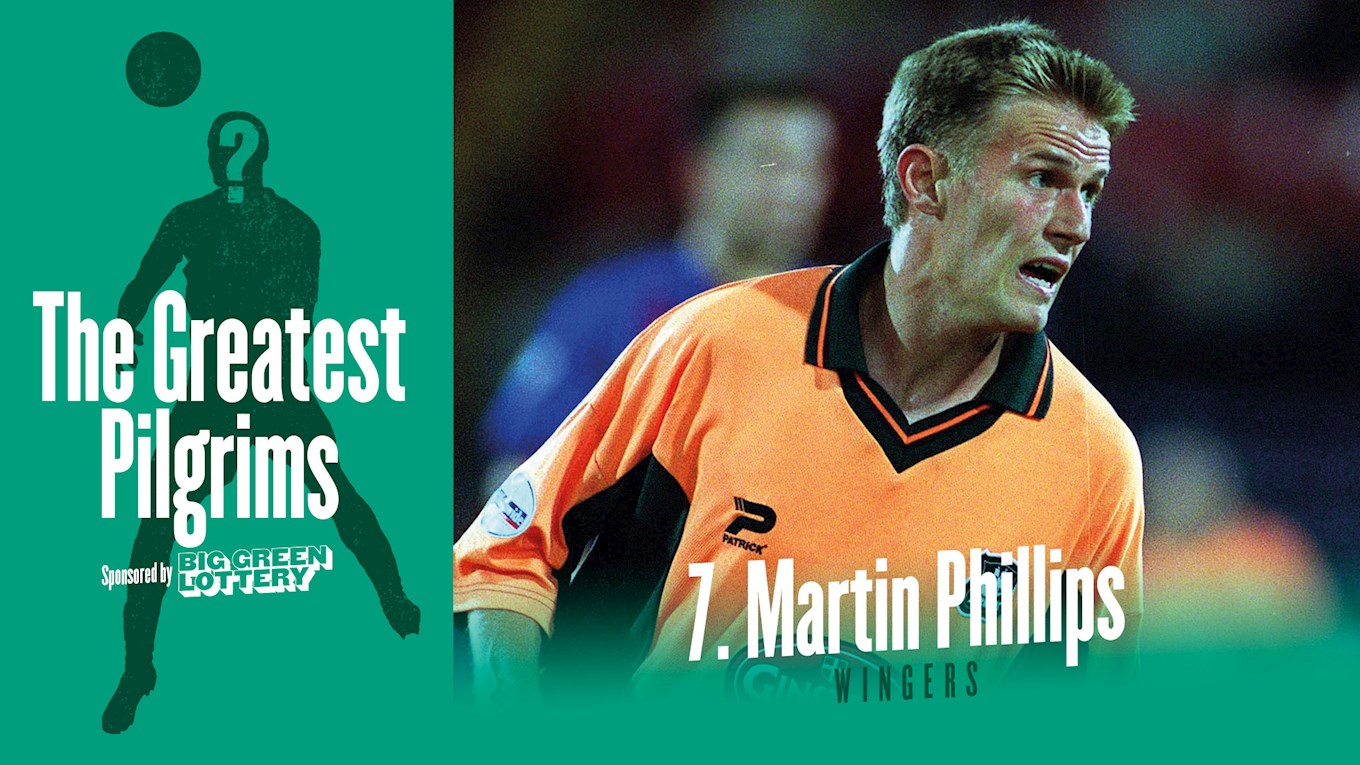 Martin ‘Buster’ Phillips was a Home Park hero for four seasons in the early 2000s and a central figure in the side that famously won the Division Three title in such style.

Buster came through the youth ranks at Exeter City and spent a season as a professional for the Grecians before earning a big-money move to Manchester City, where he was tipped for greatness on the national scene.

Opportunities, however, were frustratingly limited for Phillips and he moved to Portsmouth in 1998, signing for the Pilgrims in 2000. His impact was instant, providing pace, energy and enthusiasm to the wide areas.

Buster was loved by the Green Army and a key member of a top side built by Paul Sturrock. Injuries curtailed his progress toward the end of his time at Home Park and he moved to Torquay in 2004, eventually moving into coaching with Exeter and the FA. 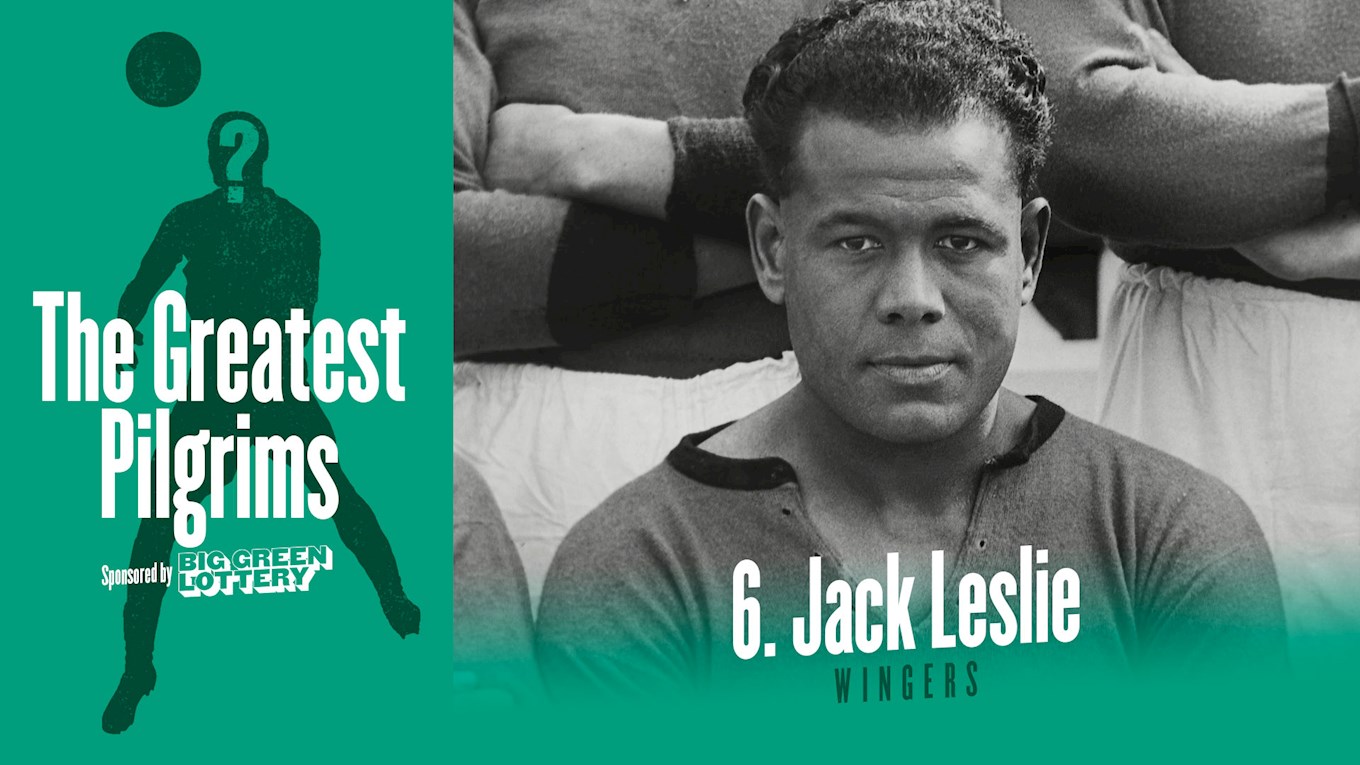 A football pioneer and truly great player, Jack Leslie made 401 appearances for Argyle between 1921 and 1934, and was the only black player in England during his time with the Pilgrims.

Born to a Jamaican father in London, Leslie signed for Argyle at the age of 20 and gradually developed an outstanding partnership with Sammy Black down the left flank of the Pilgrim attack.

Leslie was both skilful and powerful, capable of covering a number of positions, but it was from the wide areas that he made the biggest impact. Such was his form for Argyle, Leslie was in line for an England call-up until the selectors changed their mind because of the colour of his skin.

He scored an incredible 137 goals for Argyle, making him number four on that particular list and he stayed at Home Park for his entire career. Leslie later worked in the backroom team at West Ham and this legendary Pilgrim sadly passed away in 1988.