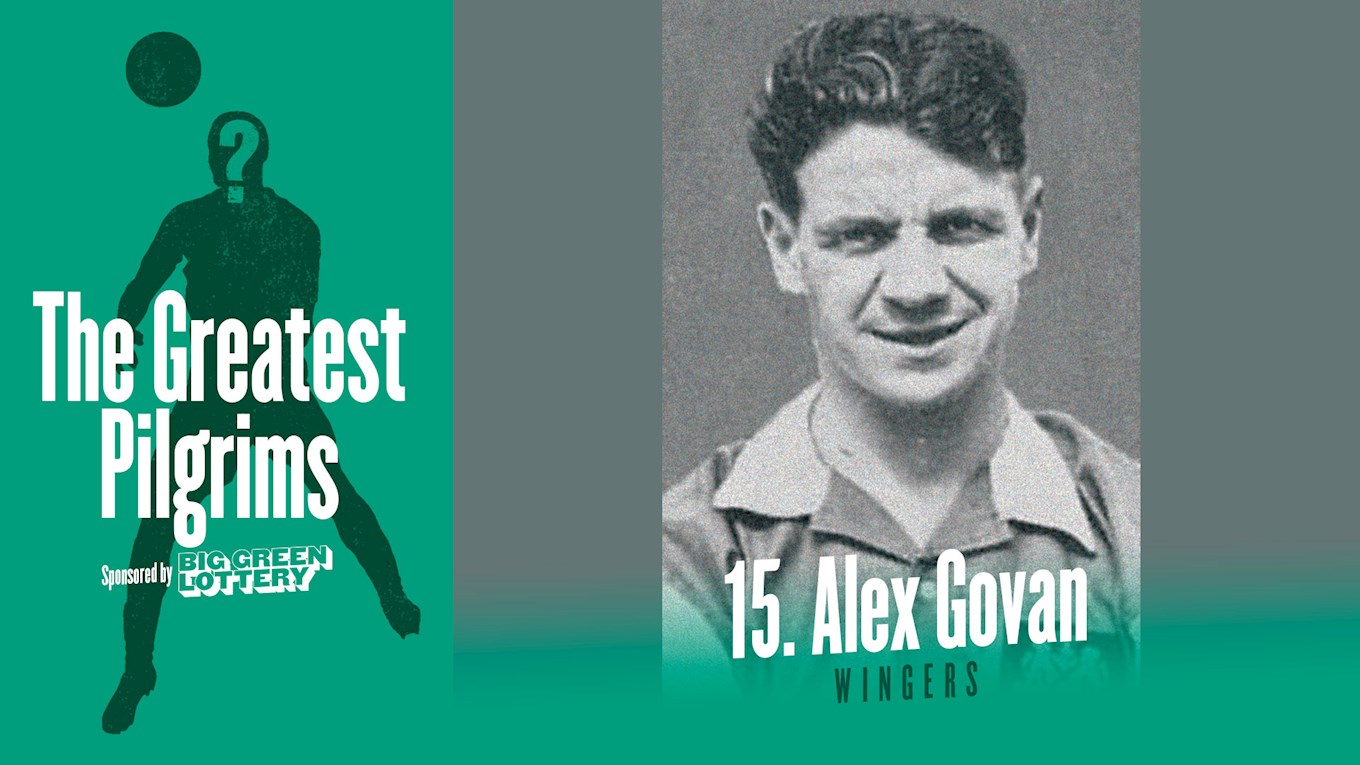 Alex Govan began and ended his fine career at Home Park, with a wonderful left foot the bedrock of his status as a great Pilgrim.

The young Govan arrived at Argyle as a teenager in 1946 and had already earned recognition at youth international level with Scotland. It took him a while to become established but a conversion to left wing proved a revelation.

Govan was quick, skilful and his masterful left foot fed generations of Argyle strikers. He left for Birmingham in 1953 and was a tremendous success for the Blues, reaching the FA Cup Final and scoring a hatful of goals from the flank.

He moved briefly to Portsmouth in 1958 and then back to Argyle to finish his career. Although the speed had dampened a little in his second spell, Govan remained a class act. He retired to settle in Plymouth and sadly died in 2016 at the age of 86. 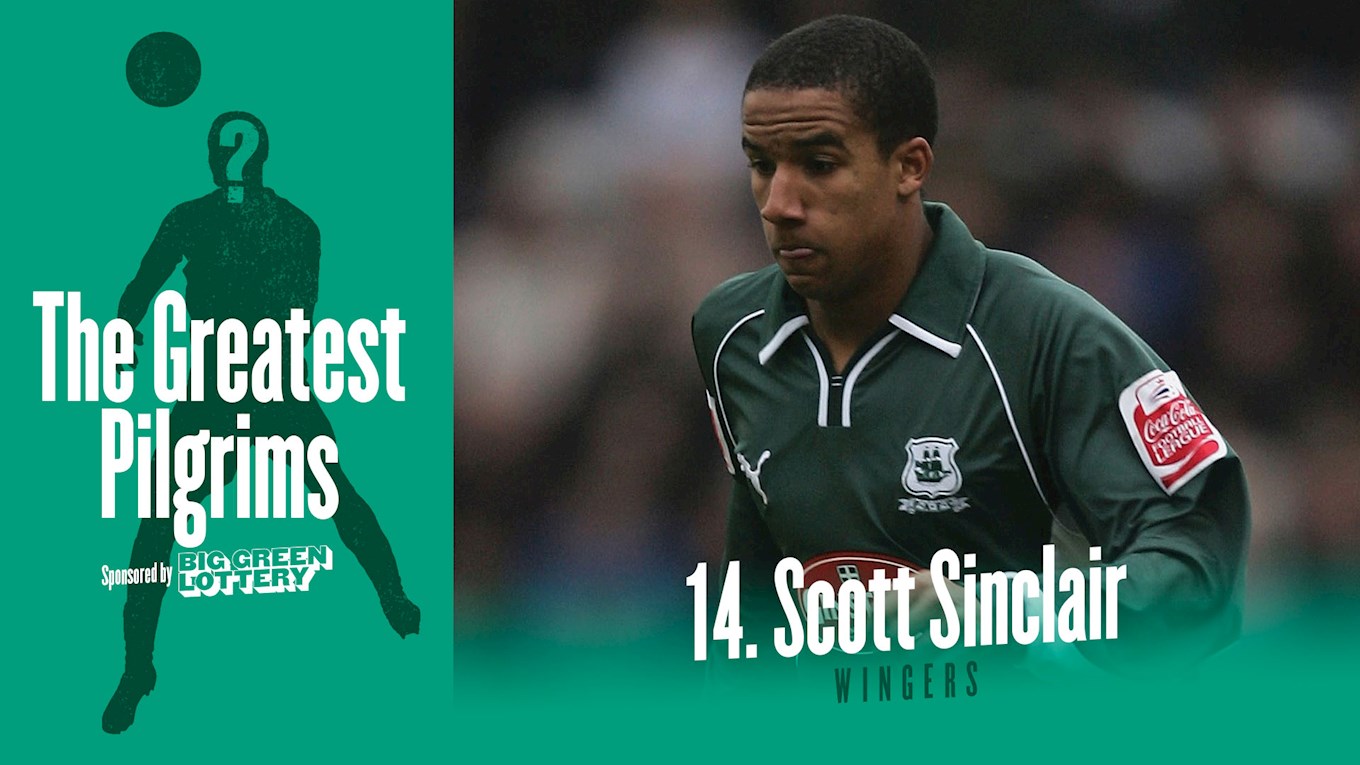 In just 18 appearances as a Pilgrim, Scott Sinclair established his career as one of the most exciting and talented wingers of the modern era.

After starting his career in the youth system at Bristol Rovers, Sinclair was signed by Chelsea, who had identified his obvious ability. A loan move to Argyle in 2007 was his first real taste of the first-team arena and Sinclair was simply unplayable at times.

Manager Ian Holloway was building a fantastic team at Home Park and Sinclair gave us the attacking spark that terrified defenders in the Championship. He famously scored an extraordinary individual goal in the FA Cup at Barnet and had the pace, skill and finishing ability to play at the top level.

Sinclair later had a number of loan spells away from Chelsea before signing for Swansea, where his talents led to a big-money move to Manchester City. Opportunities were limited with the Citizens and he eventually joined Celtic in 2016, winning a succession of trophies in Scottish football.

Hugh McAuley was Argyle’s pin-up boy of the 1970s, a fabulously skilful winger with Hollywood looks and the football talent to match.

After learning his trade in the youth system at Liverpool, McAuley spent time on loan with Tranmere before signing a permanent deal at Home Park in 1974. He was an instant success in the superb promotion-winning side led by manager Tony Waiters.

McAuley was quick, elusive and regularly provided the ammunition for Paul Mariner and Billy Rafferty to score the goals that made that particular Argyle team such a success.

He left for Charlton in 1976 and later played again for Tranmere and Carlisle. A great player and hugely popular with the Green Army, Hugh McAuley is number 13 in your list of top wingers. 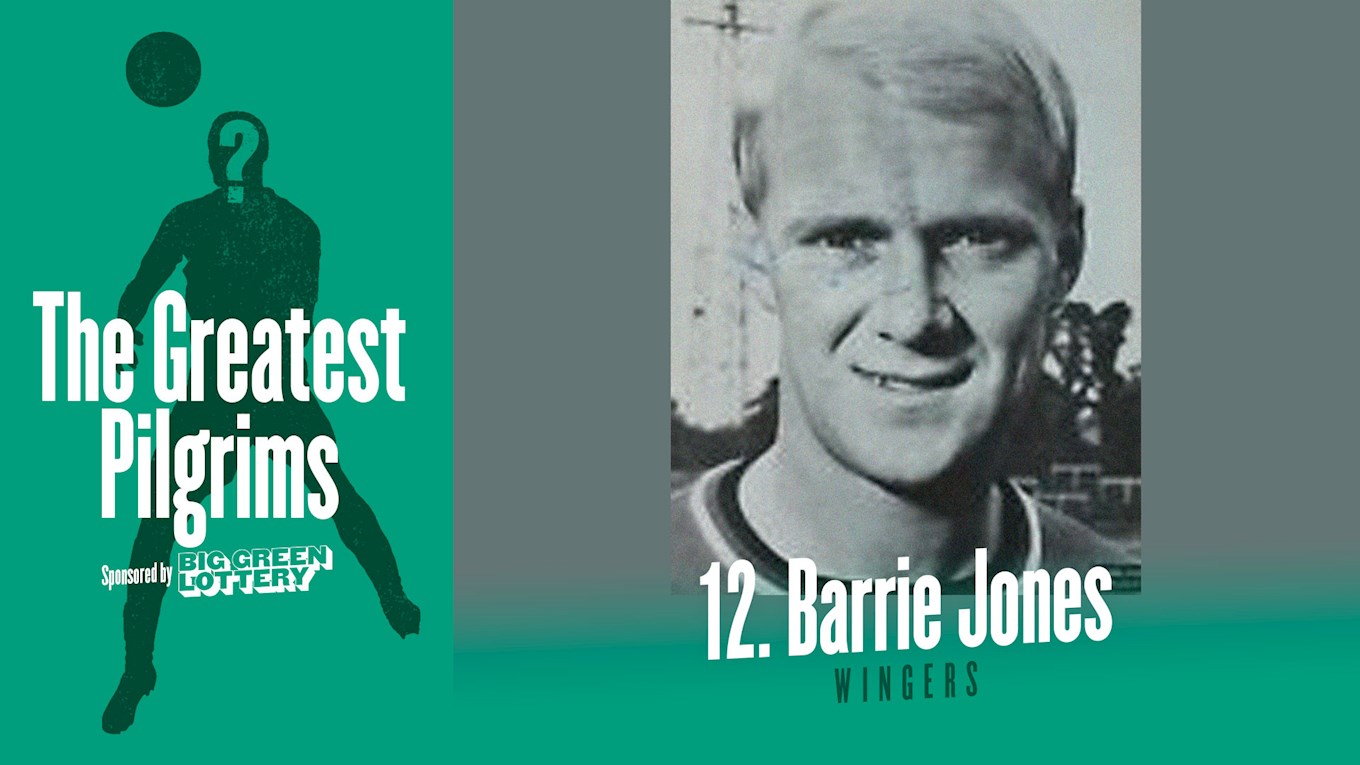 A hugely talented Welsh wing wizard, Barrie Jones was a star at Home Park for three years and a key member of the team that reached the League Cup semi-final in the 1960s.

Jones came through the ranks at Swansea and was a hero in his hometown, winning the first of his 15 full caps for Wales in 1962. It was a major move when Argyle paid a club-record fee of £45,000 for his services in 1964.

The Green Army loved their new recruit from the start and Jones brought a swashbuckling quality to the Pilgrims, always looking to attack and cause problems for opposing defenders.

He racked up 110 appearances for the Pilgrims and one of our great players of the era, moving to Cardiff in 1967 and helping his new club reach the semi-final of the European Cup Winners’ Cup. 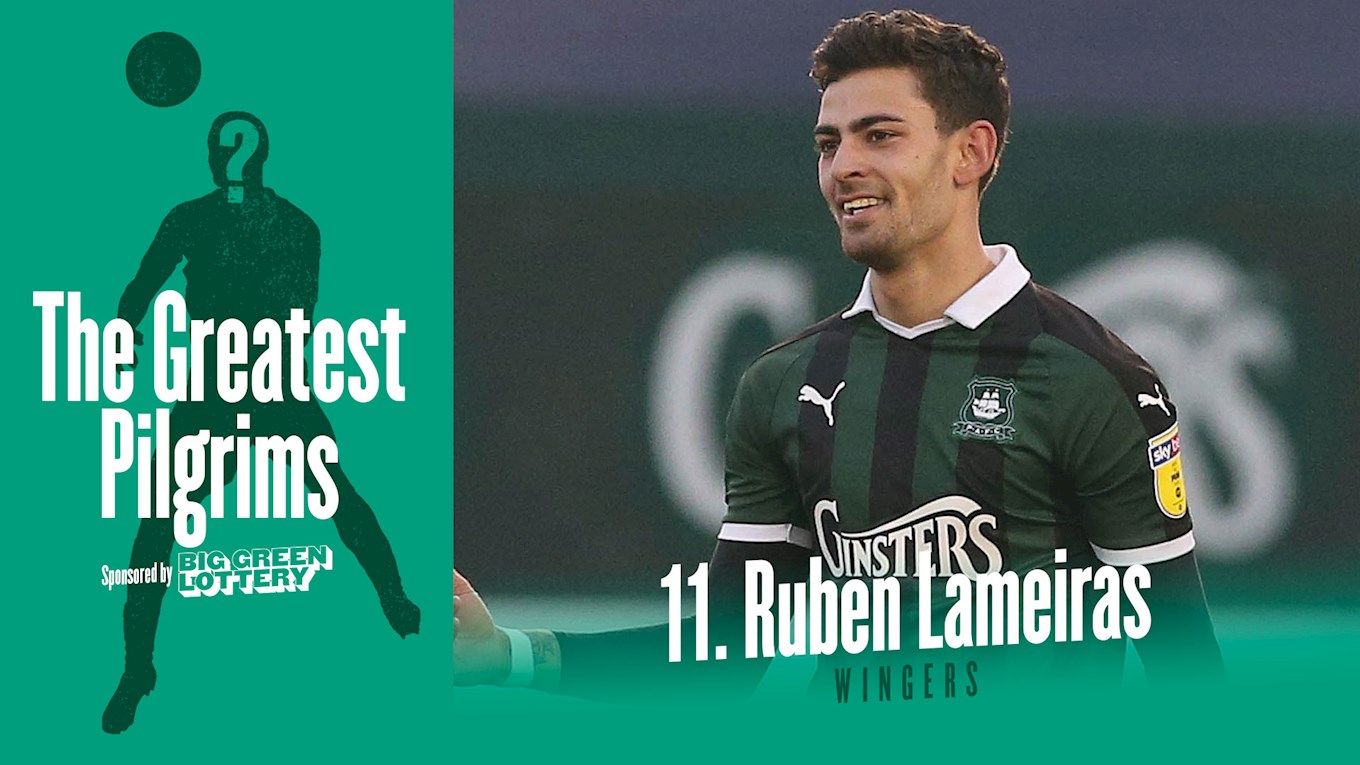 It is mark of the impact made by Ruben Lameiras in the 2018-19 season that his performances in a struggling team were enough to earn him a move to the top-flight in his native Portugal.

Ruben joined the Tottenham Academy as a youngster but was unable to make the first-team breakthrough, and moved to Coventry City in 2015. After two years with the Sky Blues, he signed for Argyle.

It took a while for the slight winger to stamp his authority at Home Park and he was rarely given a prolonged run in the side, but the 2018-19 campaign was a time for Ruben to show his quality.

His jinking runs and eye for goal were arguably the highlight in a campaign that ended with relegation for the Pilgrims. Ruben was voted the Pilgrim Player of the Season and his form earned him a move to newly-promoted Famalicao in Portugal.