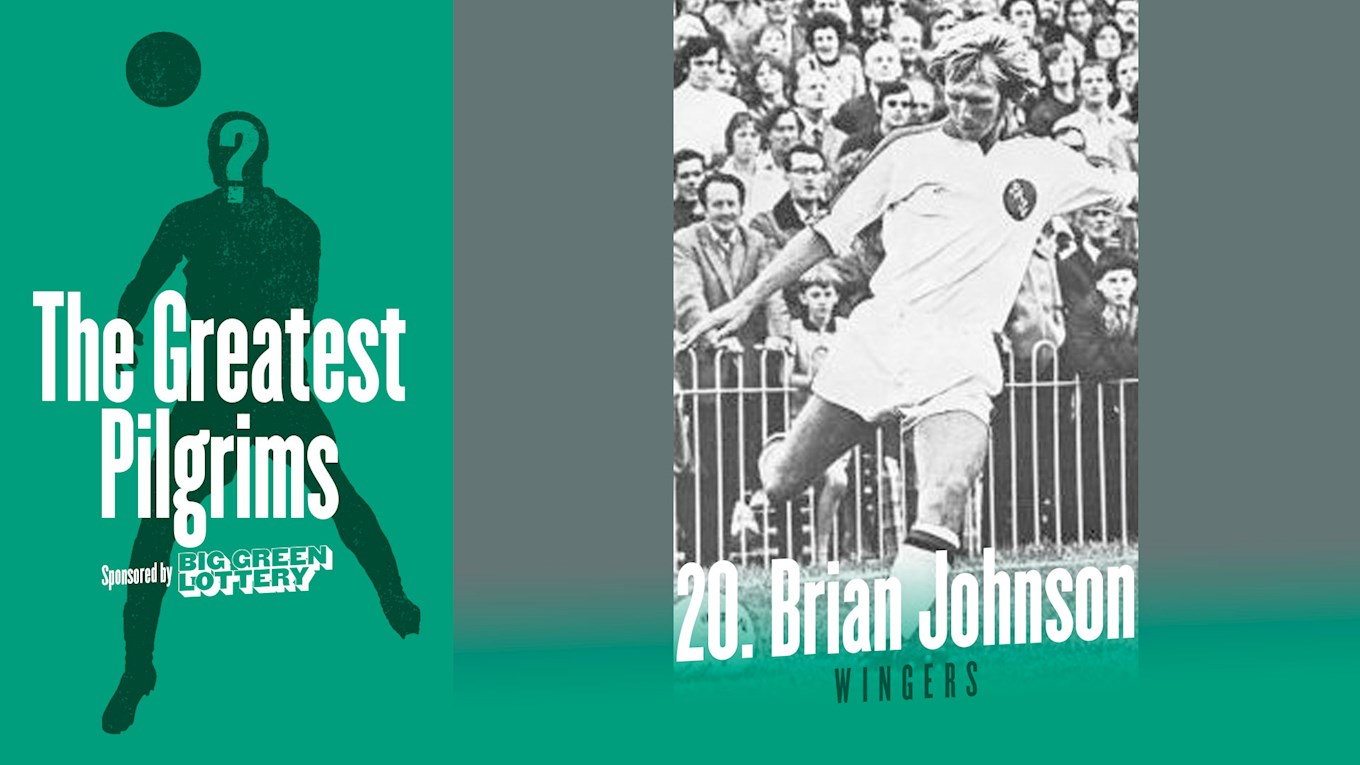 Injury robbed the Pilgrims and a fine player of what should have been a long career in the game, but Brian Johnson still made a tremendous impact in his nine years as a professional footballer.

Johnson came through the Argyle ranks as an apprentice, making his debut as a 17 year-old in 1973 and quickly settled into the side with his consistent performances from the right flank.

There was nothing flash about Johnson, just a solid and reliable winger, who provided the ammunition for Argyle’s famed strike-partnership of Paul Mariner and Billy Rafferty. He was a key member of the side that won the Pilgrims promotion to the Second Division in 1975.

Johnson was on course to become one of our record appearance holders when he was knocked unconscious during a reserve team game. There were a couple of very brief loan spells at Torquay but he was sadly forced to retire at the of just 26 because of possible permanent damage to his sight.

He still managed 43 goals in 231 games for Argyle and rightly regarded as a great Pilgrim. 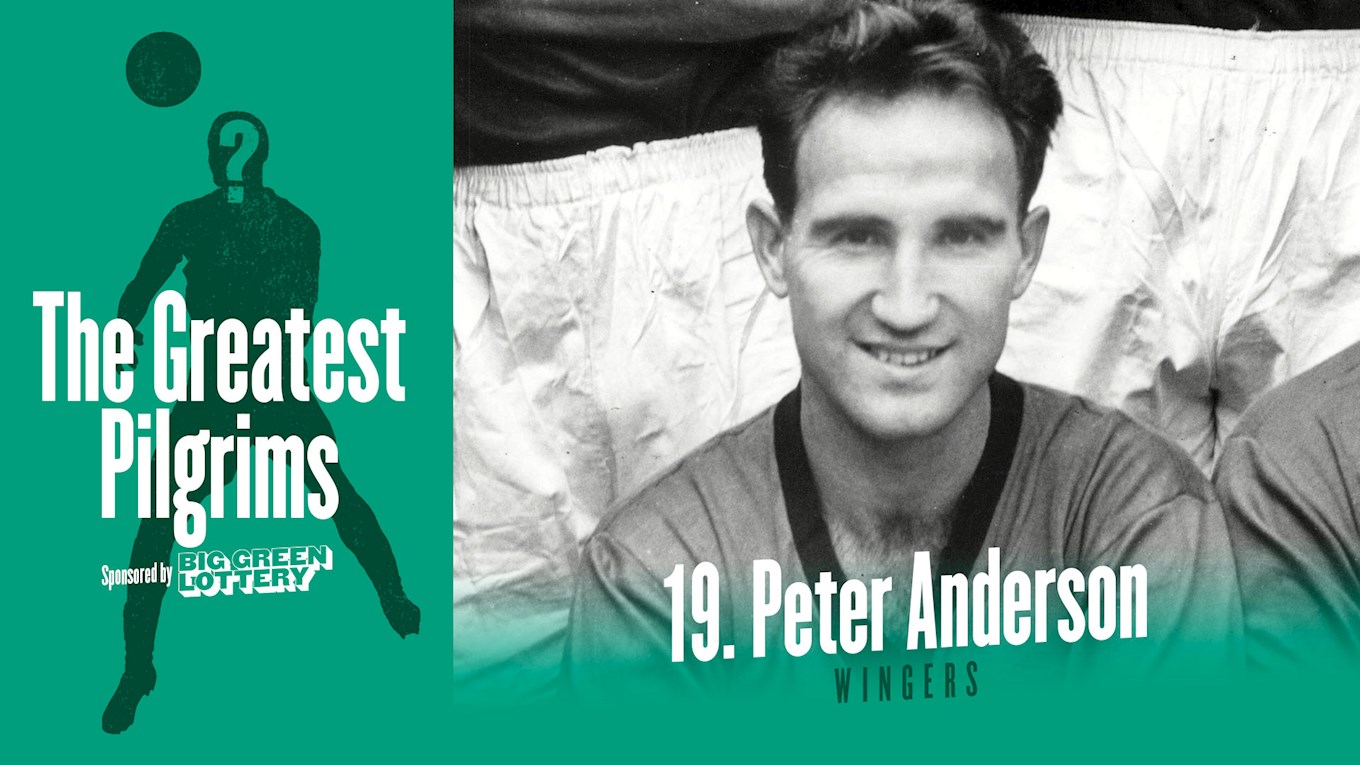 The wonderful Peter Anderson sadly passed away in the summer of 2019 but left a legacy of greatness that will always be remembered at Home Park.

Born in Plymouth, the local boy was picked up while playing for Oak Villa and rose through the Green ranks to become on of our finest ever homegrown players.

Anderson was grace in motion with his elegant style and completely comfortable with either foot, making him an extremely difficult winger to mark. He was part of a great Argyle side in the early 1960s that finished near the top of the second tier.

It was a shame and surprise when he was allowed to leave for Torquay United in 1962 after 259 appearances for the Pilgrims. He then played for Bideford before injury ended a superb career for a local hero. 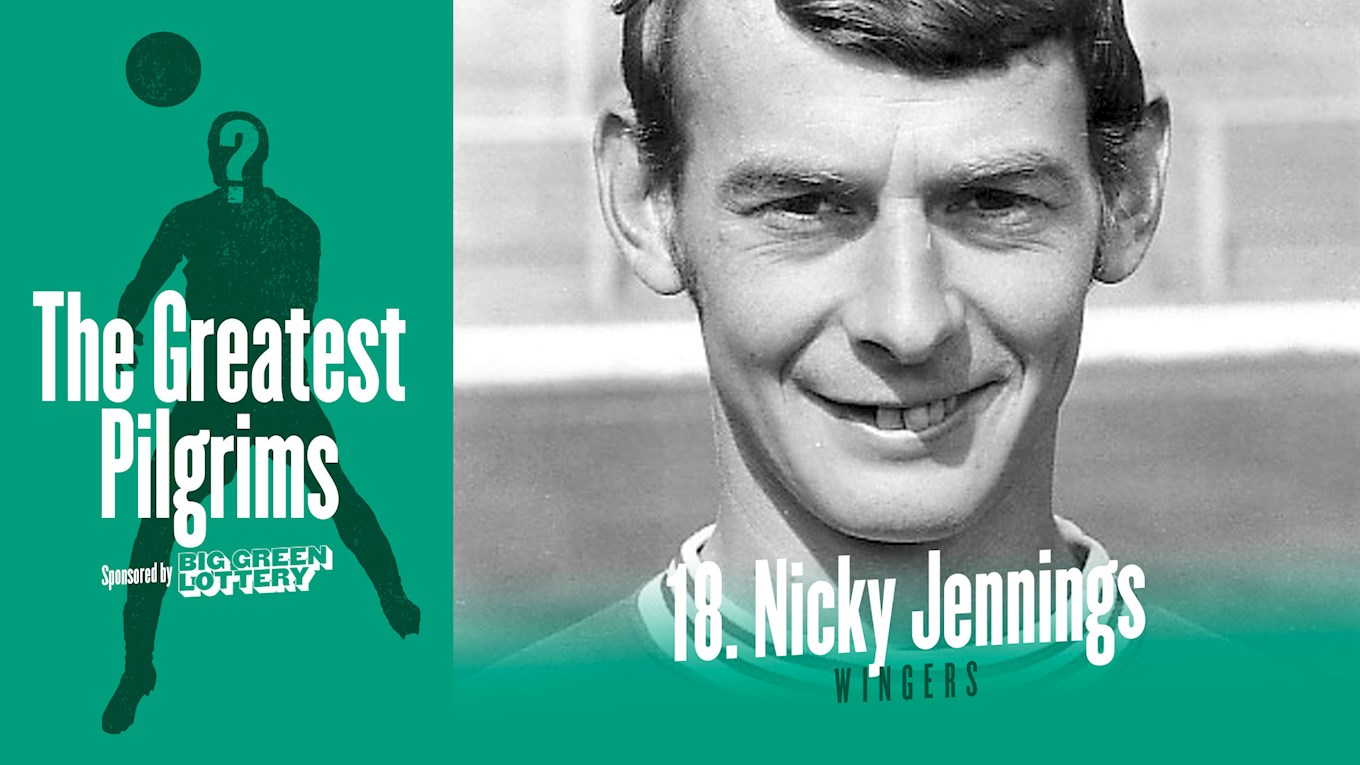 Another young star to develop his game at Home Park, outright speed was the principle gift that made Nicky Jennings such a dangerous and impressive winger.

He was simply too quick for many defenders and played with the delightful freedom of a youngster looking to make an impression in the game. Jennings was the hot prospect at Home Park when he was surprisingly sold to Portsmouth in 1967.

Jennings went on to become a legend at Pompey as well, winning their Player of the Year in 1971 and enjoyed seven memorable years at Fratton Park before trying his luck in the American Soccer League.

He returned to Devon in 1974 and finished his career with four years at Exeter City. Jennings sadly left us in 2016 at the age of 70. 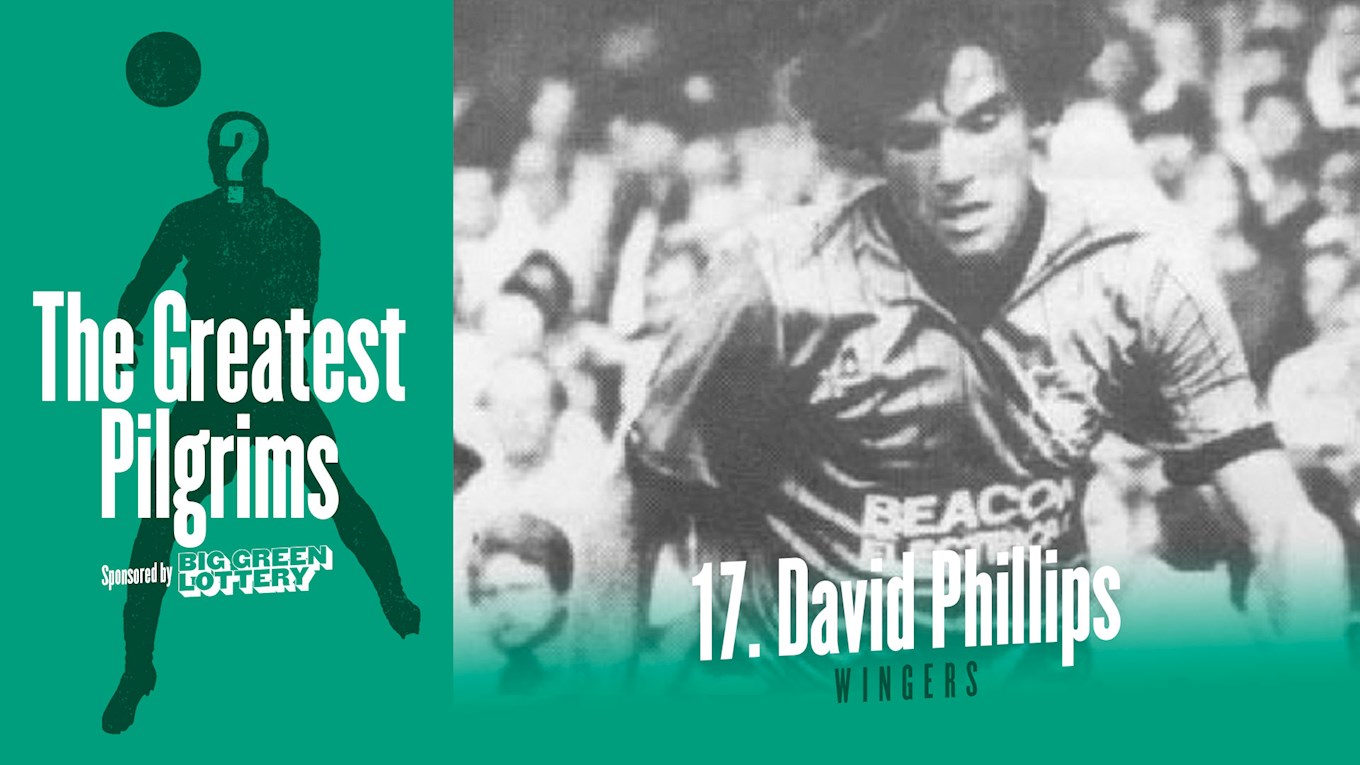 An absolute class act, David Phillips learned his trade at Home Park and went on to enjoy a fine career in the highest echelons of the English game.

Phillips was a quality footballer, capable of creating chances and also scoring some blockbuster goals. He was part of the Argyle side that reached the 1984 FA Cup semi-final and won recognition with the Wales national team.

Manchester City pounced for the young Wales international and Phillips spent three years with the Citizens before moving to Coventry, where he won the FA Cup in 1987. Phillips had become an established top-flight player and was signed by Norwich in £550,000 in 1989.

After four years at Carrow Road, he moved to Nottingham Forest for a further three seasons, later returning to the lower leagues with Huddersfield, Lincoln and Stevenage. This great Pilgrim racked up an impressive 62 caps for Wales in his tremendous career. 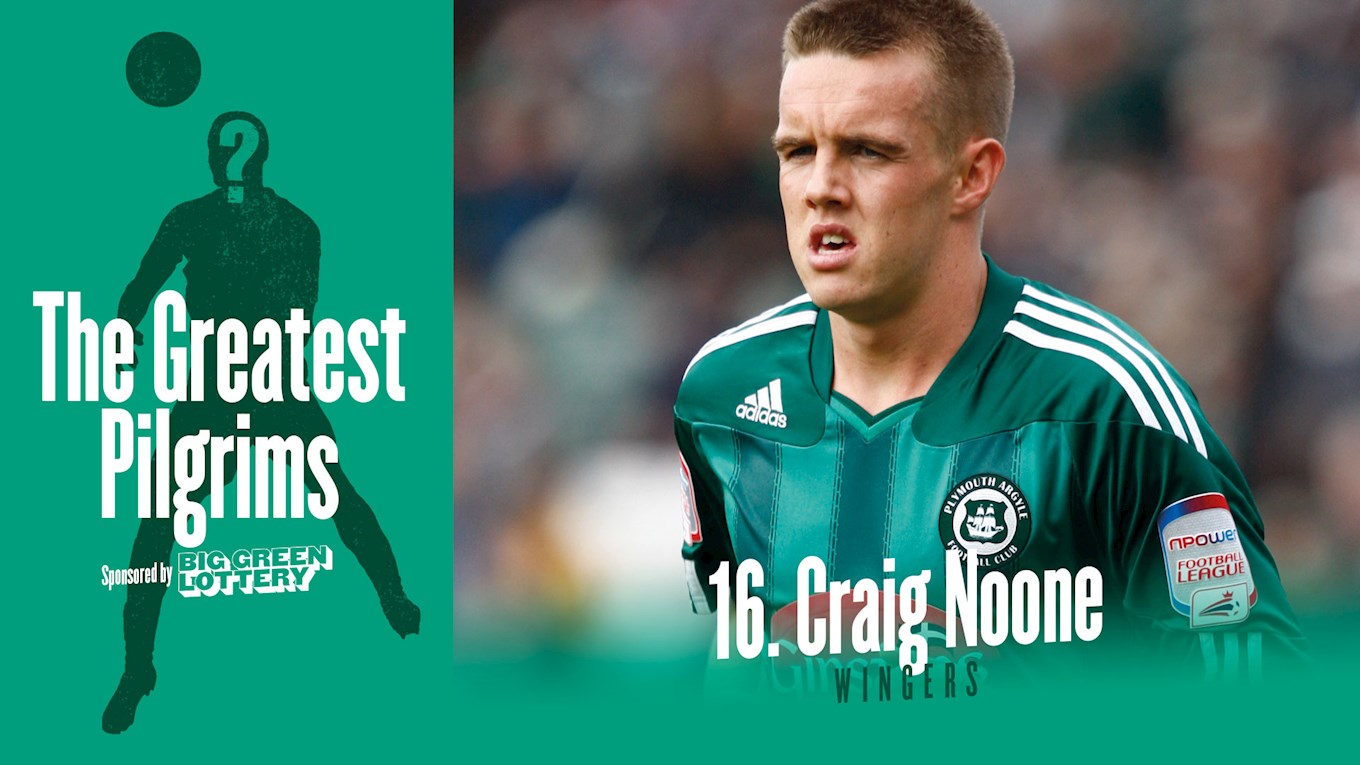 Plucked from non-league obscurity, Craig Noone was an absolute breath of fresh air when he arrived at Home Park as a young winger in 2008.

Noone had been released by Liverpool and Wrexham as a junior, and was working as a roofer while playing for Southport when picked up by the Pilgrims. He was refreshingly bewildered by the razzmatazz of playing in the Championship but, despite still looking very young, he was an obvious talent.

Noone was gradually finding his feet with a number of substitute appearances and began to develop into a game-changer. He had a wonderful left foot, fiercely determined and a class player.

The looming administration at Home Park led to his departure for Brighton and then Cardiff, where he won the Championship and then played in the Premier League. Noone spent last season at Bolton and has now signed for Melbourne City in Australia.