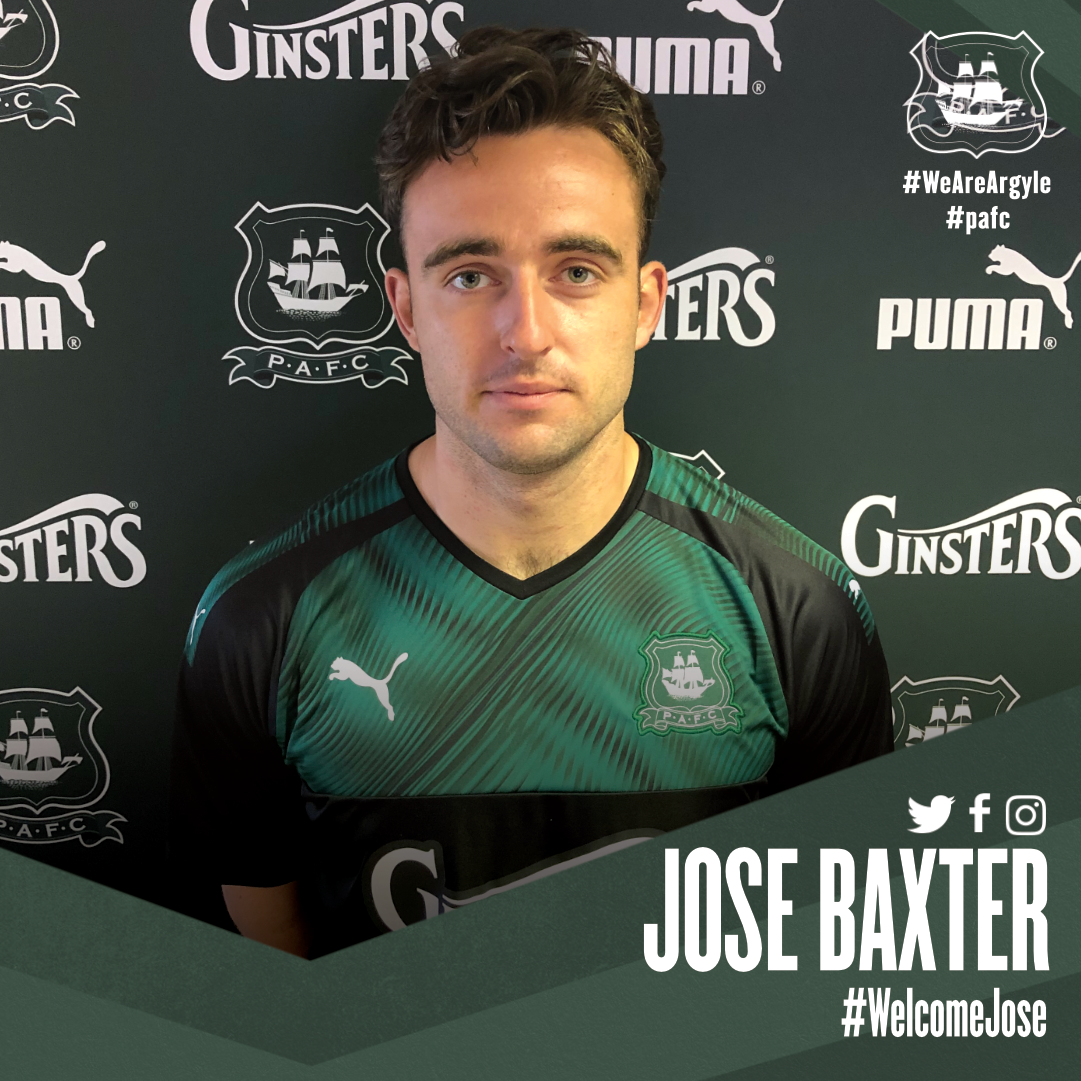 NEW signing Jose Baxter has done enough in his short time as a Pilgrim to earn a place in the squad for Saturday’s opening game at Crewe Alexandra in Sky Bet League Two.

The former Everton, Sheffield United and Oldham midfielder joined the Pilgrims in an initial short-term deal last week, and was given an hour in the pre-season friendly draw at Tavistock on Tuesday night.

Baxter also came on as a substitute in the weekend game against Bristol Rovers and Argyle manager Ryan Lowe has seen enough in terms of fitness and quality to consider the 27 year-old as a serious option for the trip to Gresty Road.

“Our fitness coach wanted him to play 90 minutes but I said no,” said Ryan. “There would have been no harm in him playing 90 but he had a good 60 minutes.

“They all trained in the morning as well, got a good hour in them, so it was only fair to take him off. The more minutes we get into Jose and the double sessions he’s doing will get him up to speed.

“Some of his passing range was clinical [at Tavvy] and, without being disrespectful, we had a lot of youngsters out there who were not quite on the same wavelength. He’s a leader and a big player.

“He will be in the squad on Saturday, he’s been keeping fit, came on for 15 minutes against Bristol Rovers, had Monday and Tuesday [at training], and played last night.”