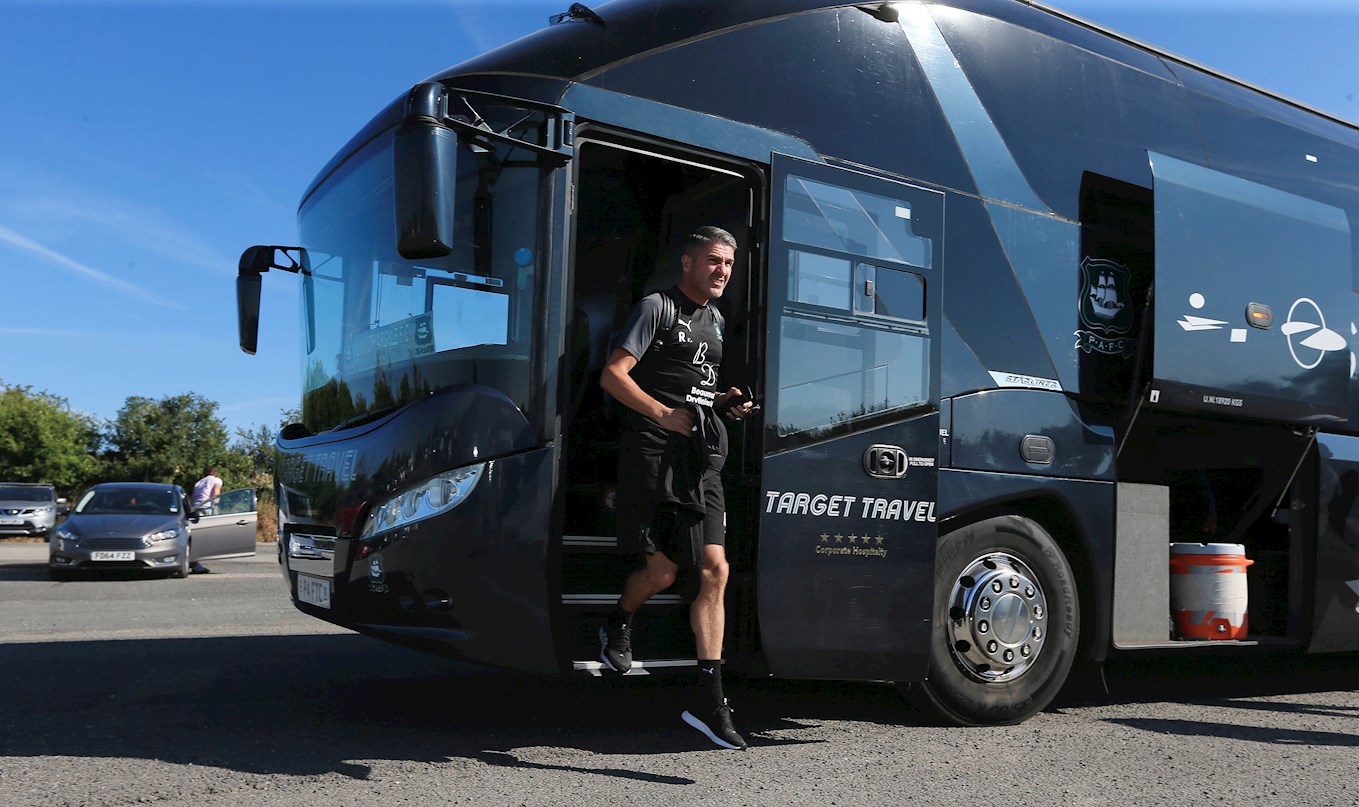 ANOTHER new Argyle coach was in evidence as the Pilgrims pulled into Treyew Road for Tuesday's opening pre-season friendly against Truro City.

However, this was not another member of manager Ryan Lowe's new-look back-room team, which includes assistant-manager Steven Scumacher; Head of Fitness and Conditioning John Lucas; and Performance Analyst Jimmy Dickinson.

This was the Target Travel team bus that will transport the Pilgrims around 11,500 miles to all points north, south and east during the upcoming Sky Bet League Two season.

We have teamed up with long-time partners Target for the new coach, which debuted at Truro on Tuesday, taking the Pilgrims the 55 miles for the game against their Evo-Stik Southern League Premier Division South opponents.