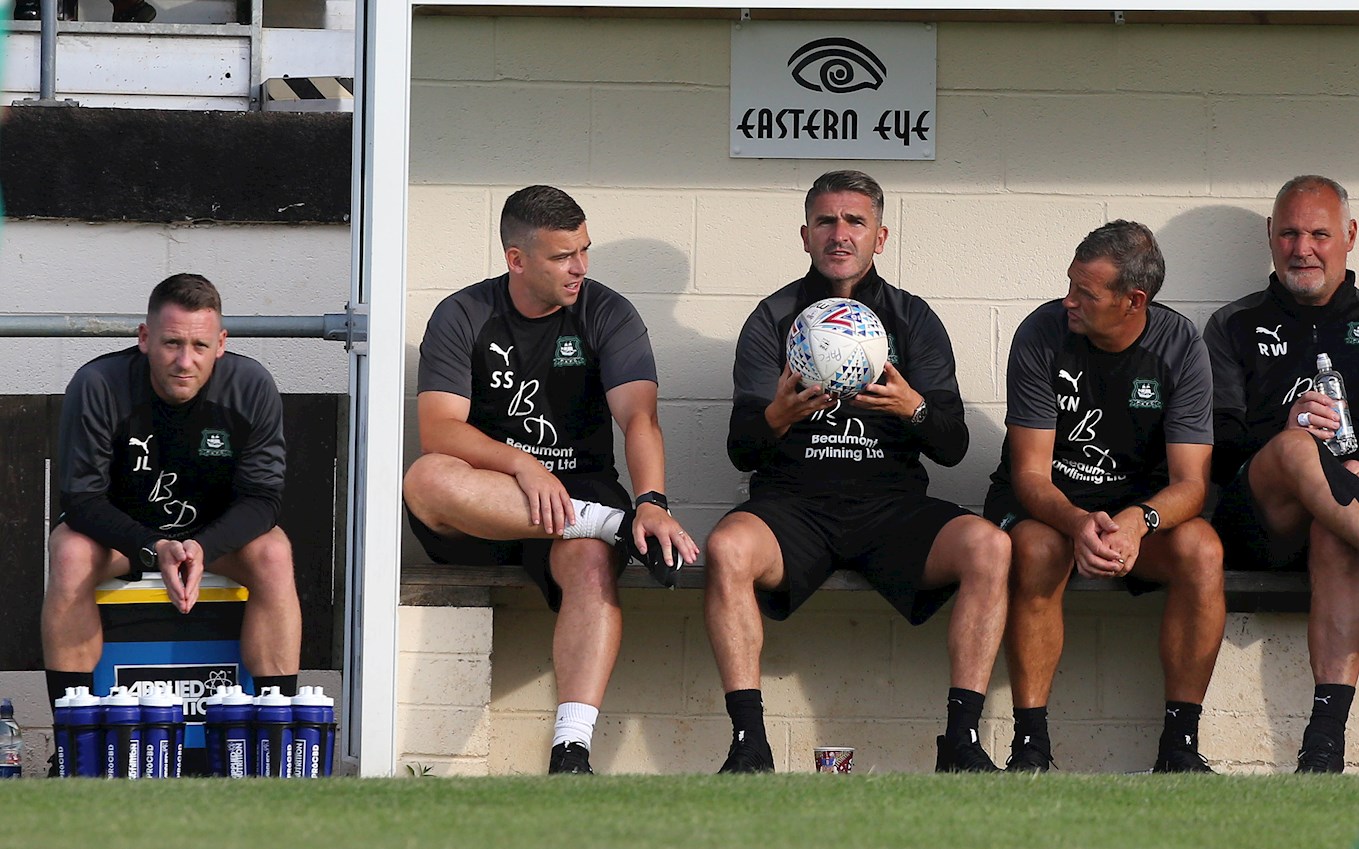 ARGYLE manager Ryan Lowe believes the most important thing is not the result of his first game at Home Park against Bristol Rovers, but that his players leave the field of play with a clean bill of health.

Of course, Argyle's fiercely competitive manager is still extremely keen to get to get the first Home Park win under his belt during Saturday's pre-season friendly.

“Listen, we want to win every game - the result is always important. I’m sure Graham Coughlan will be saying the same,” said the Pilgrims’ manager. “You want to win - but if it’s a win or a draw we’d be the same after it.  We hope to stop conceding goals and we want to score more goals.”

In friendly terms, the last time we played our Westcountry rivals in a pre-season fixture was in July of 2006 at the Memorial Stadium - where we lost by a solitary goal.  The manager believes Saturday's fixture against Sky Bet League One opposition will be a good indication of where his players are at.

“We’ll play our patterns, we’ll attack, we’ll excite,” said Ryan. “For us, we want to show the boys patters of play, which we have already implemented. We’d like a clean sheet and to score goals, but I want a fully-fit squad to pick from on August 3rd."

The manager also revealed that he will trim down his selection so that he has a normal match-day squad to face the Pirates, who Argyle encountered, and drew twice with, last season.

“We will probably have a squad of 18, so we will do it properly,” said Ryan. “It’s a week before the season, so that’s why we’ll have 18 rather than 24 and we will pick a squad for what we feel is suitable for what we want.”

There was a game yesterday [Wednesday, against Buckland Athletic], which a lot of the lads played in, and there is another game next Tuesday [against Tavistock]. For us, it’s about getting to know the ground on a match-day; getting to know the match-day squad, and getting to work as soon as we possibly can.”