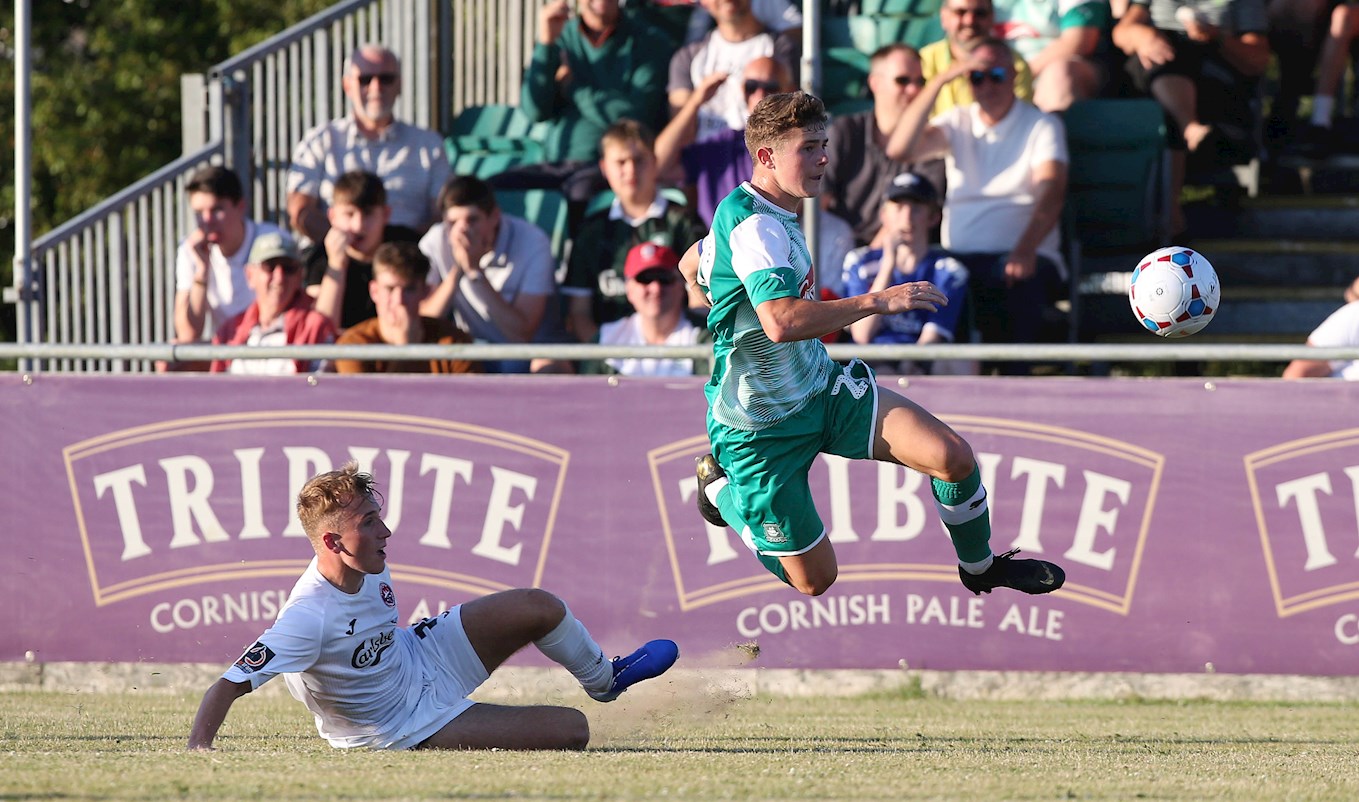 Pathway to the Top

ARGYLE manager Ryan Lowe is providing a clear pathway to the first-team for an exciting crop of young talent emerging at Home Park.

Several players who have very recently signed their first professional contracts at Home Park were given game-time in our first pre-season match at Truro in midweek, with the next window of opportunity opening in the friendly at Plymouth Parkway on Saturday

Mike Peck, Tom Purrington, Klaidi Lolos and Adam Randall, who skippered the side for the first 45 minutes, all got the chance to impress and handing the captain’s armband to his teenage midfielder was a nice touch for the boss.

“Adam Randall was captain for the first half,” said Ryan. “He’s a special talent and I felt it was good for me to give something back. I love doing stuff like that because he’s a young boy, who has been here since the age of eight.

“When I told him he was going to be captain, he said ‘no problem, thanks Gaffer’ and walked away. I gave him it to see his reaction and it was very good. “

Although an honour and a night to cherish for young Adam, the manager insisted that Gary Sawyer will remain in the role of captain for the new season.

Despite being part of the new regime at Argyle, Ryan feels there is little to be gained from changing the captaincy and the leadership skills of Sawyer will again be pivotal to our success this season.

He said: “This is the thing; Gaz is the captain. I’m not taking the captaincy off Gaz. He’s the club captain and been here how many years? If he plays, he will be the captain.

“I am not coming in and just ripping things up. He’s a top boy, a leader, and I know why he’s club captain because of the things he does around the place. For me, it’s a no-brainer he stays captain.”