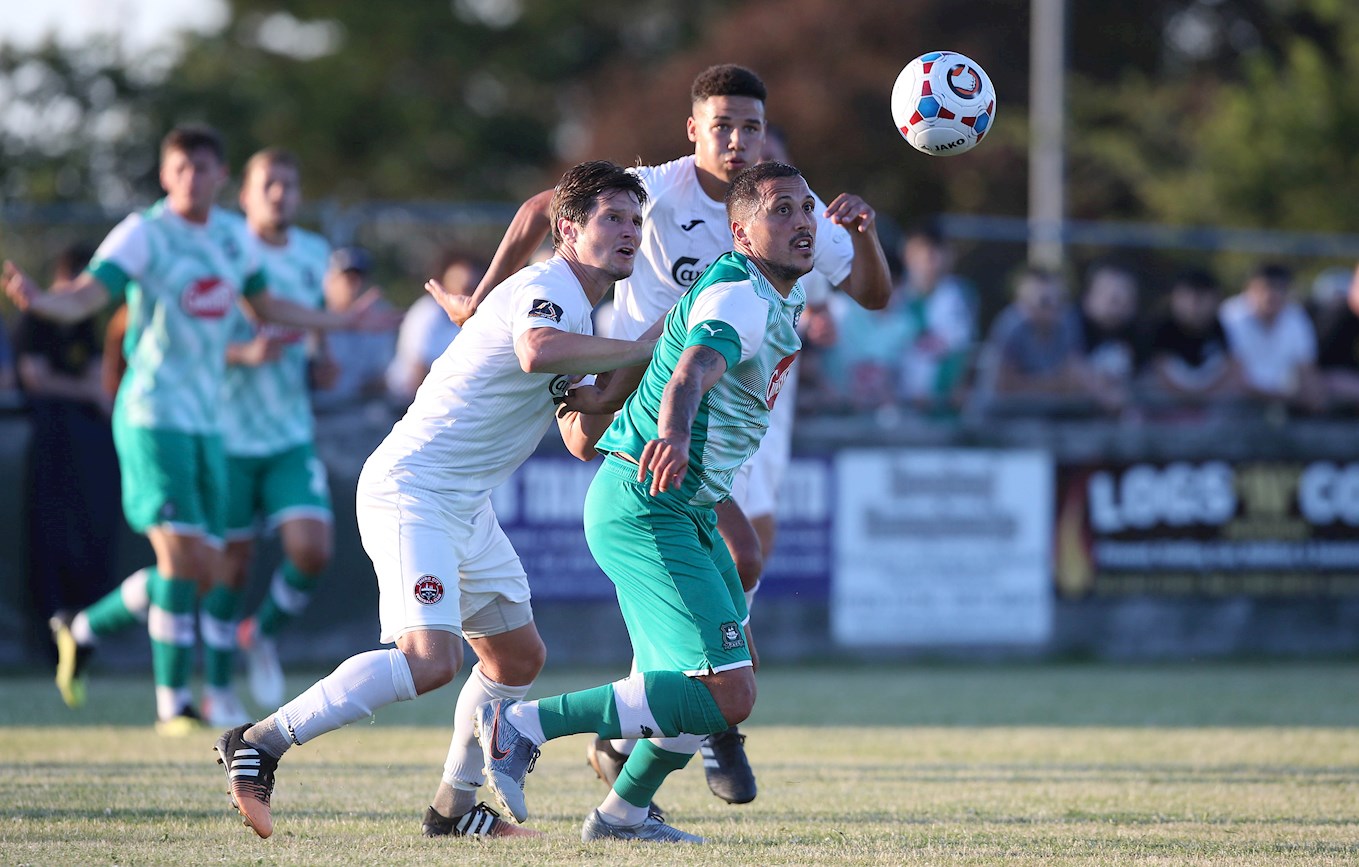 ARGYLE manager Ryan Lowe was quietly satisfied with how his Pilgrims performed in his maiden outing at the helm, despite succumbing to a 1-0 defeat against Truro City at Treyew Road on Tuesday.

Ryan admitted that his side had not had much practice in terms of the way he wanted them to set up but, all things considered, he was happy with what he saw in Cornwall.

He said: “What we learned about the lads is that they are on route to playing the style we want to play. There were some good patterns of play; we haven’t done much work on it, so that’s why I was so pleased.

“We did one afternoon on patterns of play with them because, obviously we’re still in pre-season, and have three-and-a-half weeks or so to go before the first game of the season.”

At this stage in pre-season, the end result matters little but he did see enough encouraging signs at Truro, as he seeks to bed-in new players and indeed a new style.

“I was so pleased with them because we showed them a video of 12 minutes and then we did 30 minutes work with them, we walked them through some shape and they took it on board exactly how we wanted them to,” said Ryan.

“We can do things a little bit quicker at times, which we will when the pitch is nice and wet and a lot greener, like ours is. Then you’ll see the patterns of play coming to fruition and it’ll be a bit more ruthless than it was.”

Looking ahead to Saturday’s trip to Plymouth Parkway and the next pre-season friendly, Ryan was erring on the side of caution over the state of some of the surfaces his side may encounter over their pre-season schedule, and naturally wants to ensure his boys are in peak condition ahead of the Sky Bet League Two curtain raiser away to Crewe.

“I’m actually going to go down and have a look at the pitch,” said Ryan. “With Plymouth Parkway, we have got to be careful because a lot of these pitches are dry and we don’t want to pick up any injuries.

“We want to win every game we possibly can but the most important game to win is on the third of August [at Crewe].”