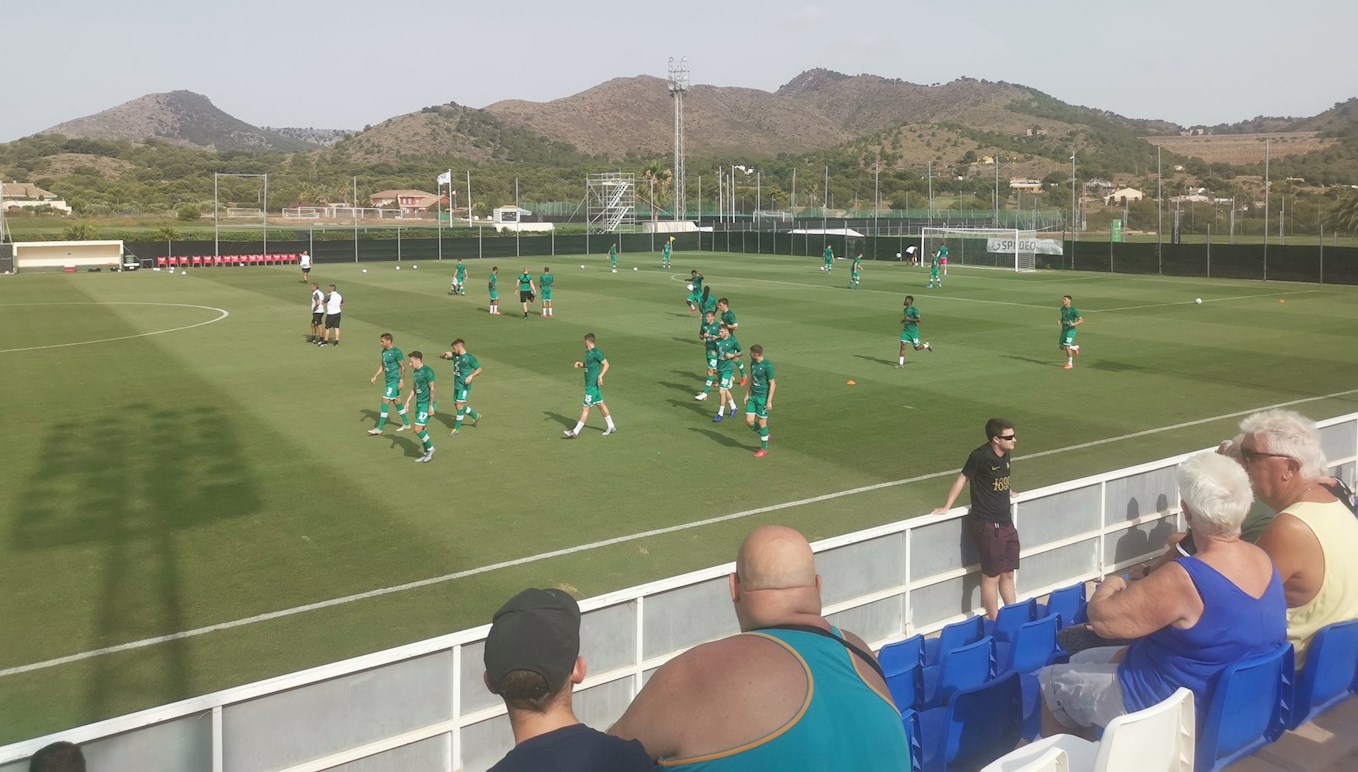 ARGYLE manager Ryan Lowe expressed his satisfaction after a confident 2-0 win over AFC Wimbledon in the Spanish sunshine on Saturday morning.

A fabulous strike from Danny Mayor and a goal by Joel Grant, both in the first half, earned an impressive pre-season victory for the Pilgrims and Ryan was delighted to see his players adapting to a new style of play in front of a decent smattering of Argyle fans at the La Manga Resort.

The Pilgrims return home next week and friendly fixtures with Buckland and Bristol Rovers, as the opening day of the Sky Bet League Two season at Crewe draws ever closer.

“It was a pleasing day’s work,” said Ryan. “In the heat, a lot of the lads had 60 or 70 minutes and there were some good patterns of play. We scored two good goals and kept a clean sheet.

“I’ll always say results are irrelevant in pre-season. It’s nice to score two goals but, most importantly, it’s minutes for the lads. Overall, we’ll get over this week, train again tomorrow and be more than happy.

“We took our time out to get some pictures with the fans because, whether they’ve come here on holiday or come to see us, it’s fantastic. I’m happy with everything, the fans and the way the lads have applied themselves.

“I said to Danny [Mayor] that he needs to turn it on a bit now and that’s what he can do. We know what he’s got and the lads are chomping at the bit now. It’s all about the build up for the first game of the season.

“They’ve all now given me a selection headache. They’ve all shown me what they can do and we can see the style of football we’re trying to play. We move on to next week, a game on Wednesday [at Buckland] and then Bristol Rovers [on Saturday].

“After Bristol Rovers, our attention turns to Crewe Alexandra and all the work we’ve done will be geared towards that game.”