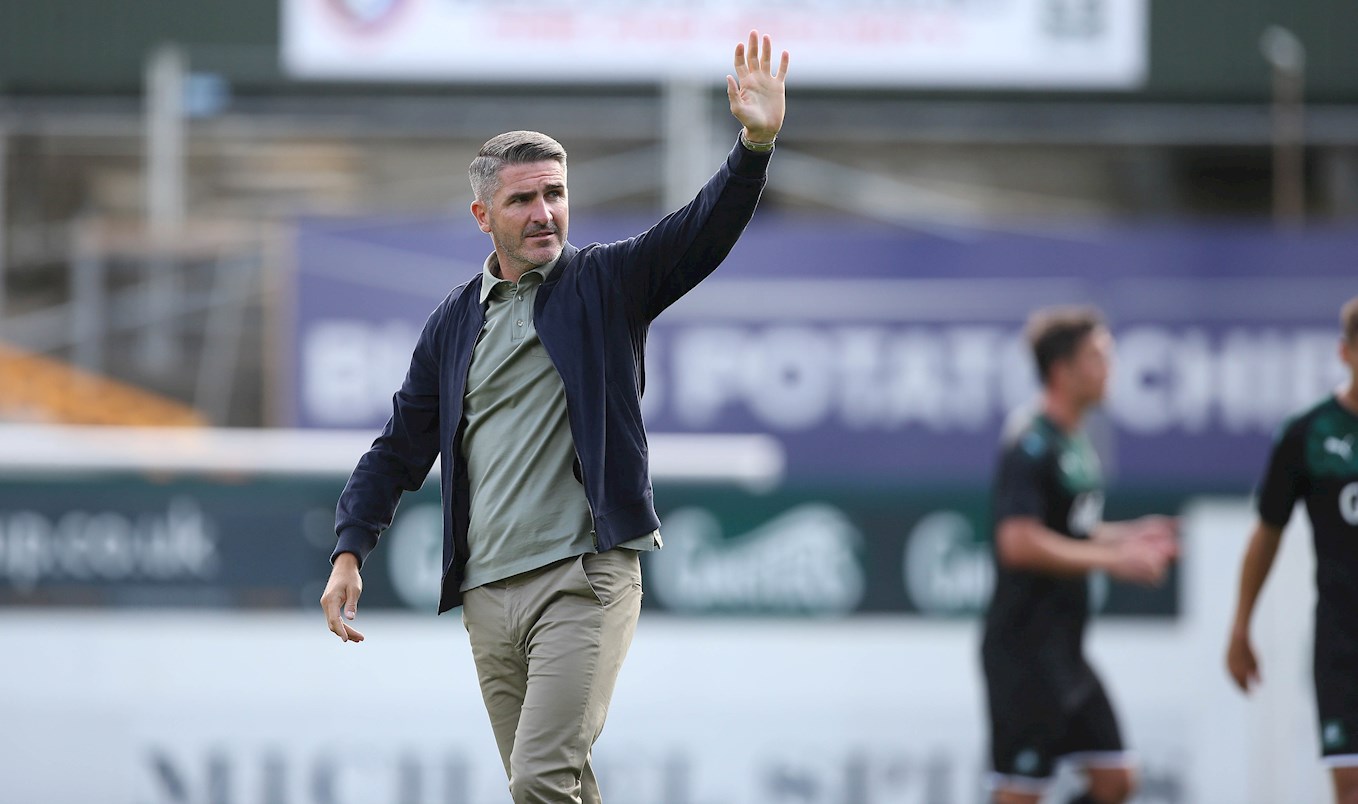 DESPITE the Pilgrims’ late defeat to Sky Bet League One side Bristol Rovers during their friendly at Home Park on Saturday, manager Ryan Lowe feels it has been a positive pre-season campaign.

The Greens have all-but signed off their warm-up schedule, save for a development side’s jaunt to Tavistock on Tuesday evening, with a competitive but ultimately disappointing display against Graham Coughlan’s Gas outfit.

“You can see the improvement,” said the Pilgrims manager, making his Home Park debut. “The way we’ve moved the ball, getting it to the top end of the pitch, we’re just stalling a little bit, which we are aware of. Overall, though, the passages and patterns of play through the thirds, I was happy.”

A new-look Argyle side capped their robust pre-season schedule with a Westcountry derby in front of a bumper 5000-plus crowd at Home Park. Lowe feels that his squad have adapted well to life under their new manager, showing steady but sound progress in learning the 3-5-2 formation.

“I’ve seen improvement every single day, and every single week,” said the Argyle manager. “I’ve said to the lads; we’ll ramp it up and there’ll be a ruthless edge to everything we do. Ultimately, now, it kicks off next week.”

The game looked to be petering out for a competitive stalemate before a defensive mishap provided Victor Adeboyejo with a simple finish to send Rovers home with the victory. That said, Lowe does not hold too much stock in the result of the friendly fixture, instead choosing to focus on the positives of the display, and pre-season as a whole.

He said: “No-one likes losing any games of football, especially my first game at Home Park, which was phenomenal for me. But, we’ve got far bigger fish to fry than Bristol Rovers in a pre-season friendly. It’s the league campaign that matters to us and will continue to.

“Overall, with the pre-season, we feel it’s gone very well, in terms of the games and the levels, but now we ramp it up next week for the big one against Crewe Alexandra.”