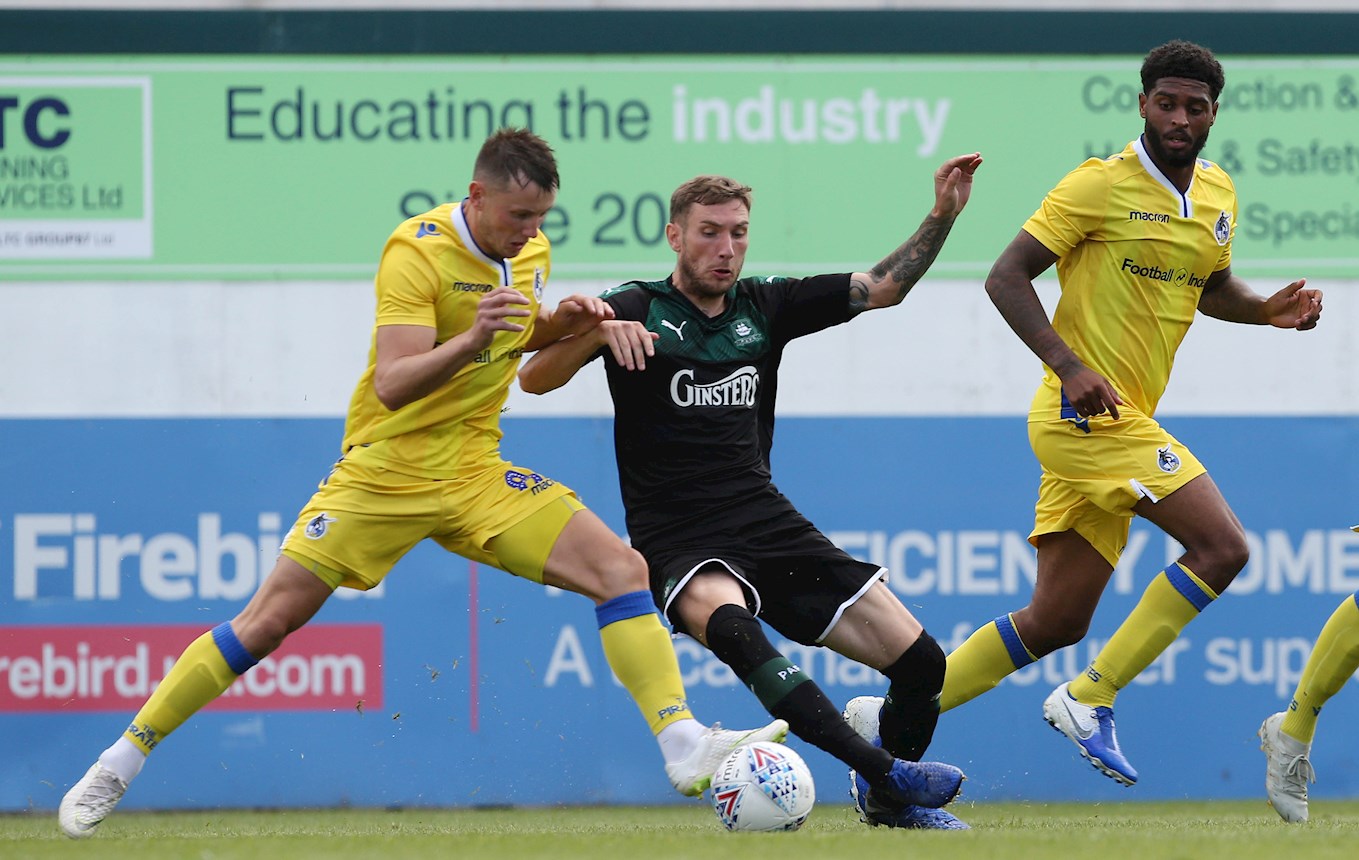 ARGYLE manager Ryan Lowe believes that the Pilgrims need to sharpen up in the final-third if they are to hit the heights expected of them during their season-opening clash with Crewe Alexandra next Saturday.

The Pilgrims enjoyed some good spells and exciting passages of play during Saturday’s narrow friendly defeat to Bristol Rovers at Home Park, but the final ball was lacking.

“We could have got our two midfielders on the ball a bit more,” said Lowe. “We’ll go away, analyse the video and we’ll watch it. I think there were some great passages of play and quick patterns of play that we’ve worked on.”

The Greens often found themselves in good advanced positions down the flanks, where Callum McFadzean and Joe Riley were finding space to operate. The key for the Pilgrims moving forward will be to convert that territory into clear goalscoring opportunities.

“I said to the wing-backs that they’ve got to start putting the balls on a plate for the boys,” said Lowe. “Bristol Rovers are going to be good this season in not conceding goals. They’ve got a great defender in Graham Coughlan in charge. He’s been a warrior in his day and he will be making sure his side don’t concede many goals.

“We’ll work on it, we’ll address it and get them a little bit sharper up the top end and hopefully have one or two players back for that as well,” the Pilgrims’ manager continued. “So yeah, I think everything was good up until the final third. We need more shots, some more crosses into the box, but we’re aware of that.”

One of the many notable changes to the Argyle line-up during Saturday’s pre-season fixture was the emergence of Joel Grant as a centre-forward. Since joining the club in the summer of 2017, the Jamaican forward his been used primarily on either flank, and he has also played minutes in the midfield since Lowe took the hot seat. Grant’s new manager, though, is beginning to see his future as a striker.

“He’s scored a few goals up at the top end. He can play in various positions; he can play behind the strikers and in one of them midfield roles,” said Lowe. “He’s worked his socks off in pre-season, to be fair, and you can see he’s fit and sharp. I would like him to get more shots off in certain areas.

“He’s desperate to do well. When Joel extended his contract, he said to me, not like some, that he wanted to make up for last season. He’s got a great heart, great desire, great commitment for this football club. If he’s got all of that then he’s going to play a lot of games for me.”