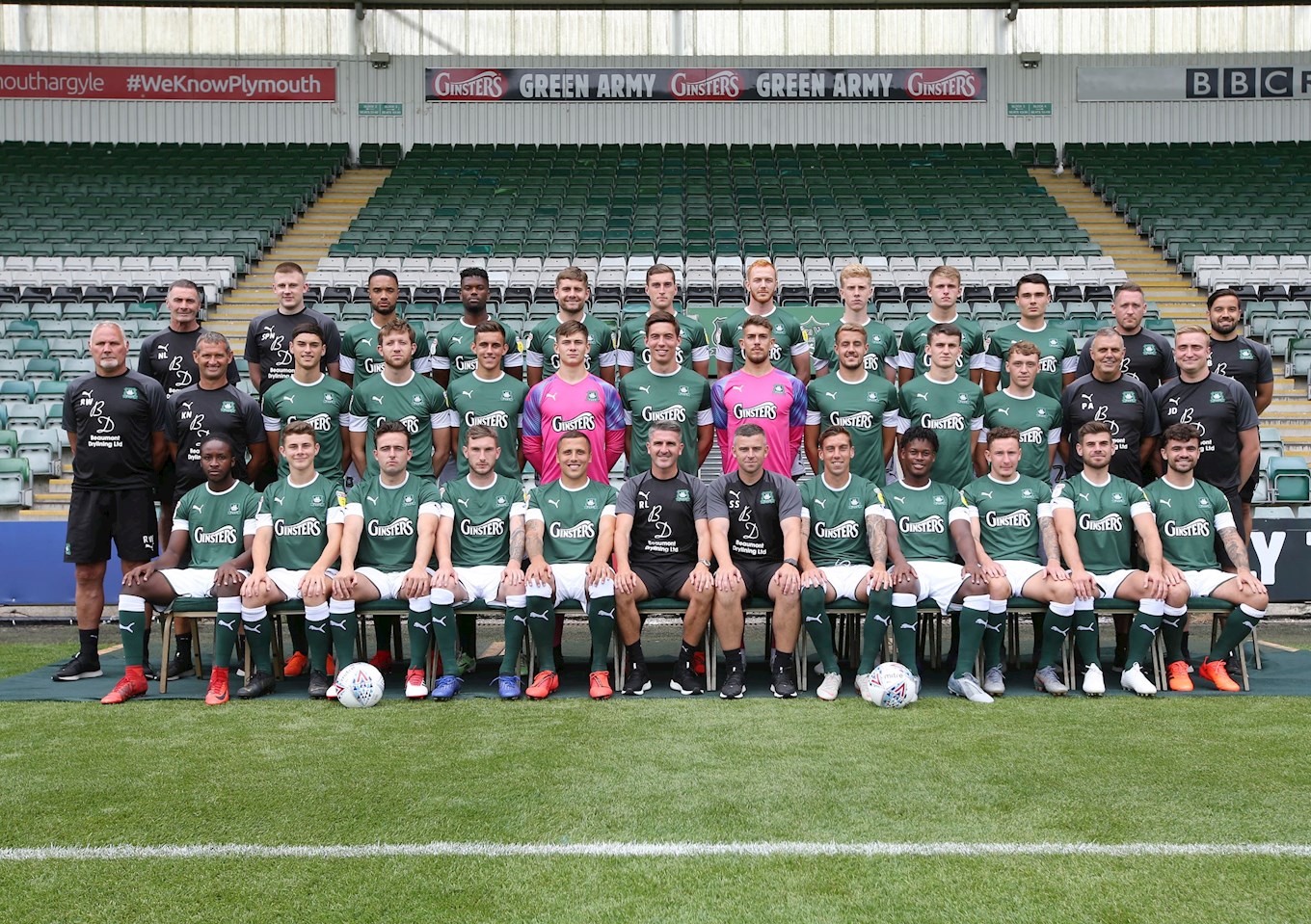 Academy graduate Michael Cooper has been handed the number one shirt, while there are also some notable changes to previous season’s squad numbers in the case of Scott Wootton and Niall Canavan, who now wear five and six, respectively.

First-year professionals Klaidi Lolos and Adam Randell will wear numbers 19 and 20, while their fellow freshmen colleagues Mike Peck and Tom Purrington will wear 26 and 30 respectively.

To celebrate the official release of squad numbers, the Argyle Superstore is offering 50% off the price of printing a 2019-20 player name and number combination, if ordered on line. Please note that this does not extend to custom printing. This offer will expire at midnight, Thursday, August 1.

Players and staff, as positioned in official first-team photo: