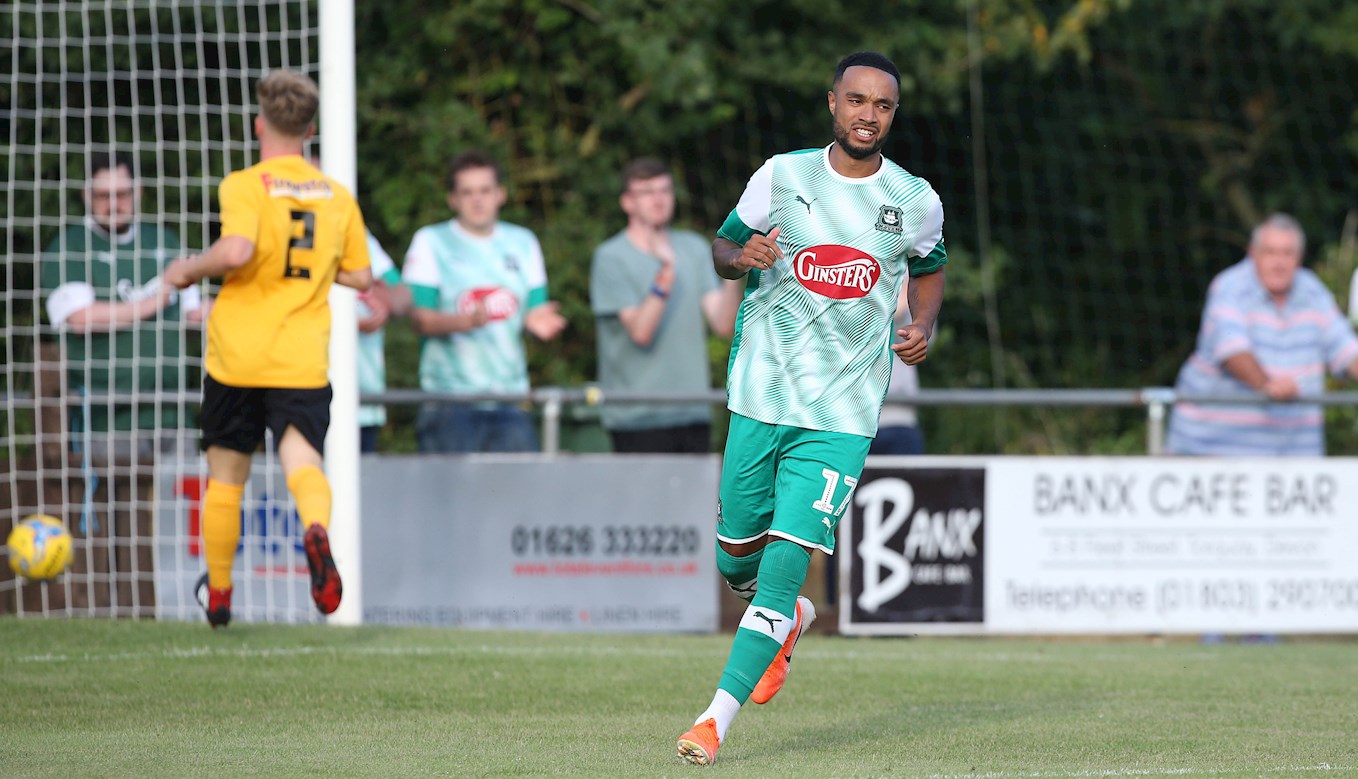 BYRON Moore took just two minutes of his Argyle debut to score in the pre-season victory at Buckland and the new forward is keen to establish security in his football life.

Moore is the fifth former Bury player to follow manager to Home Park and admitted the past few months have been very difficult, despite winning promotion with the Shakers, as financial turmoil at Bury meant wages were not being paid for a long time.

The opportunity to join Argyle was an easy choice for Moore, who is obviously familiar with the preferred formation of the gaffer and believes the attacking approach can bring success to Home Park.

“It [Argyle] has always been a big club, just look at the stadium, the best I’ve played at,” said Byron. “It was good to get some minutes [at Buckland] because circumstances have been tough for me.

“When I was at Bury, I played up front and wing-back. The gaffer likes attacking football, quick football and playing in the final third. We all want it [promotion] for the club and for the fans.

“The lads know what he wants and are getting used to the formation. Hopefully, we can push on and I obviously know five of the lads already, all good lads. I know Antoni Sarcevic and Joel Grant as well, so that helps to settle in.

“The manager asked me if I would be interested [in a move to Argyle] and I snapped his hand off. He knows how to get the best out of me, how I play and I like the way he plays.

“I feel a bit sorry for Bury but I wasn’t getting paid for so long, and I need security. There are five players signed [from Bury] and it’s good because we did well last season, so we’ll try to do it again this season.

“It’s a massive shame [for Bury] but we need security, and this is a massive club. Hopefully, we can get the club to where they want. I wasn’t paid for over five months and we’ve all got families to support. It has been a struggle but we got through it.”