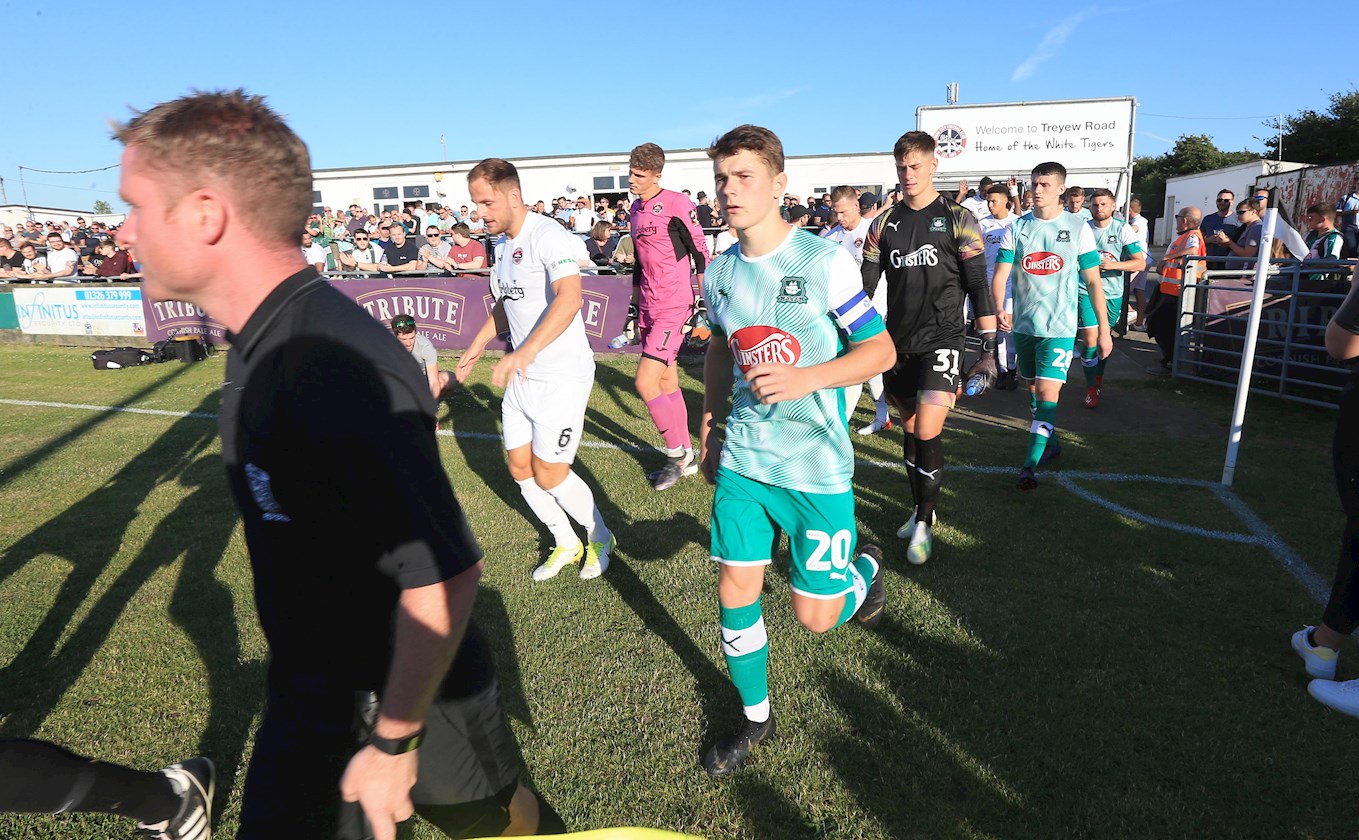 IN his debut first-team appearance as a professional, Adam Randell was given the honour of the captain’s armband in Argyle’s pre-season friendly at Truro on Tuesday night.

The teenage midfielder signed professional forms this summer and has made an immediate impact on Argyle manager Ryan Lowe, who rewarded Randell with the chance to lead out the team in front of an excellent crowd at Treyew Road.

Randell was deployed in a midfield trio alongside Antoni Sarcevic and Danny Mayor, with the opportunity to play in the same team as experienced campaigners clearly beneficial to the development of this talented Academy graduate.

“It was pretty special and always nice to be the captain,” said Randell. “It was a great experience and I saw everyone looking out, so I just tried to keep my cool and keep focussed on the game.

“It’s a new experience and I have to adjust to it. Personally, I thought I did alright, a few good bits and bad bits. As a team, we’re still getting to know each other and know each other’s playing styles.

“They [Sarcevic and Mayor] are two very good players and I can always learn from them. They are always there to pass the ball and give me options.

“Hopefully, I’ve made an impression and a positive I can build on. It [pre-season] has been tough, physically and mentally, but I feel like I’ve adjusted to it and I’m staring to kick-on and improve.

“It’s going to be very busy and we have to keep our minds set on the task. Pre-season is about getting minutes and experience.”

For the gaffer, Randell is one of many young Pilgrims to have impressed Ryan over the early weeks of pre-season training and the door is open for the next generation to make an impact on first-team affairs.

“He’s going to be a big part for us this season and he’s been fantastic in training,” said Ryan. “His fitness levels, his attitude and application, they all have to be fair, but he has stood out for me.

“It [the captaincy] was to give him a little boost and it’s a nice touch. He’s been here since around eight years of age and he’s going to be a special talent. I’ve worked with some youngsters who have been sold on, not saying he’s going anywhere, but he will be a wanted man because he will be around the first-team and playing games.”