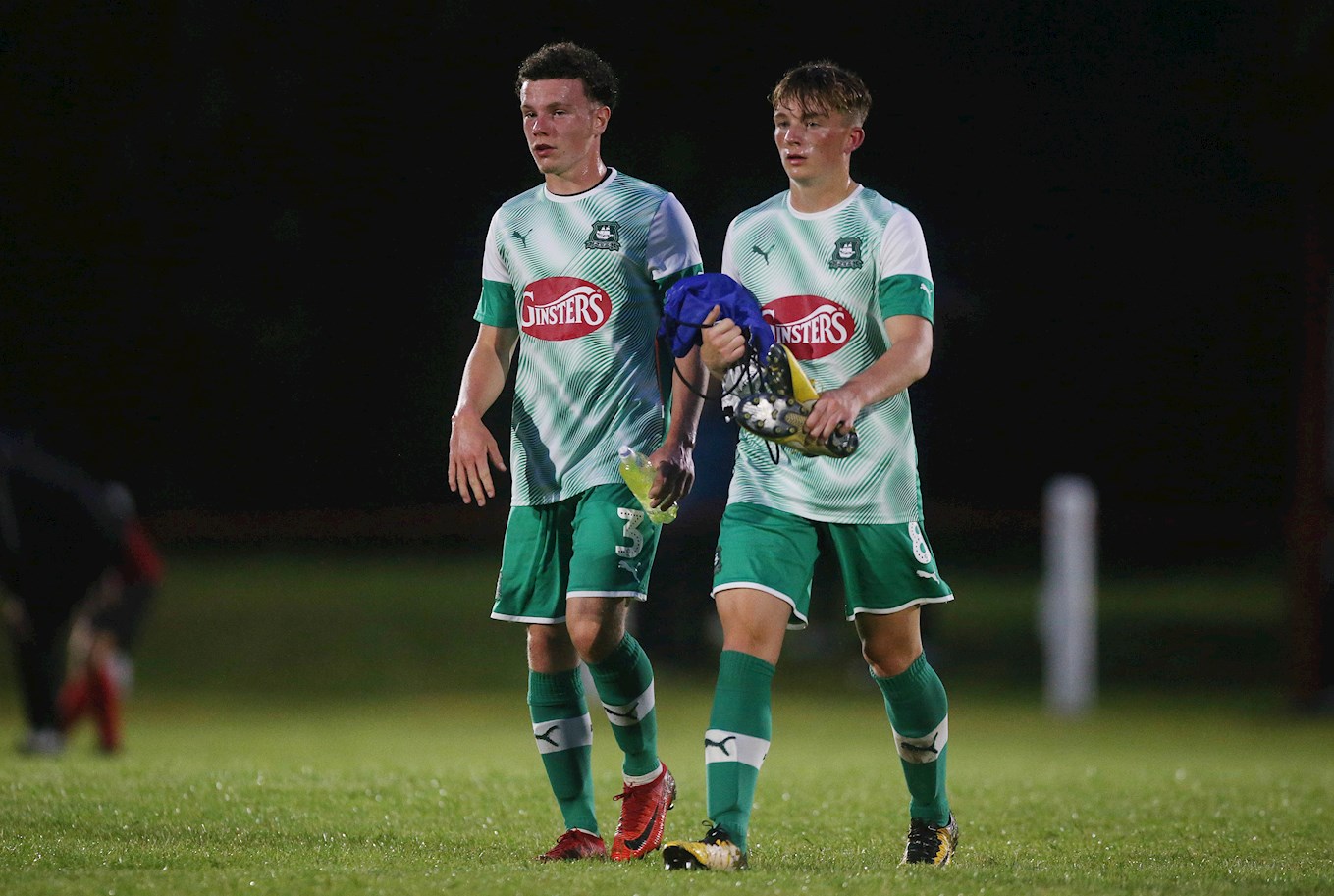 A YOUTHFUL Argyle side played out an entertaining 0-0 draw in the rain at Tavistock on Tuesday night to complete the first pre-season campaign under manager Ryan Lowe.

After a rigorous six weeks of training and with the Sky Bet League Two opener at Crewe on Saturday, Ryan opted to field a young side at Tavvy, along with some added match-sharpness for new signing Jose Baxter.

Argyle dominated much of the ball, only to be thwarted by some excellent goalkeeping from home custodian Josh Oak, who saved a second-half penalty by Klaidi Lolos, but still pleasing for Ryan, especially with his wing-backs following the remit of bringing more to the side in attacking areas.

“The game was about getting minutes into certain individuals tonight,” said Ryan. “We obviously left the nucleus of the squad behind but it was a fantastic opportunity for a lot of youngsters.

“For Ash Smith-Brown and Tafari [Moore], I’ve asked them to get more goals, more assists, put more balls into the box and they gave more than we asked in both halves, so I’m pleased with that.

“I was pleased to get minutes into Jose’s legs and, overall, we could have scored one or two goals but the ‘keeper kept them out, but as long as we’re creating chances.”

The strike-partnership of Lolos and Alex Fletcher will be wondering how Oak managed to deny them on a number of occasions but it is all beneficial for them to be learning from a gaffer who spent his entire career scoring goals.

“I’ve told strikers that I’ll always be critical and give them tough love because I want them to do well,” said Ryan. “Fletch is a great kid, a fitness freak and can run all day, but there’s got to be a time in that penalty box where you are calm and composed.

“That’s what gets you in the team and gets you big-money moves. That’s what earns you lots of money, scoring lots of goals. He hasn’t quite done that yet but we’re working with him, and we’re eager for him to do well. He needs to just tidy up a little bit and make his runs inside the box, not outside.

“We know what Lolos can give; he’ll make you tear your hair out at times and give you a moment of magic. He looked a bit tired tonight but he has had a tight back and that’s affected him a little bit.”