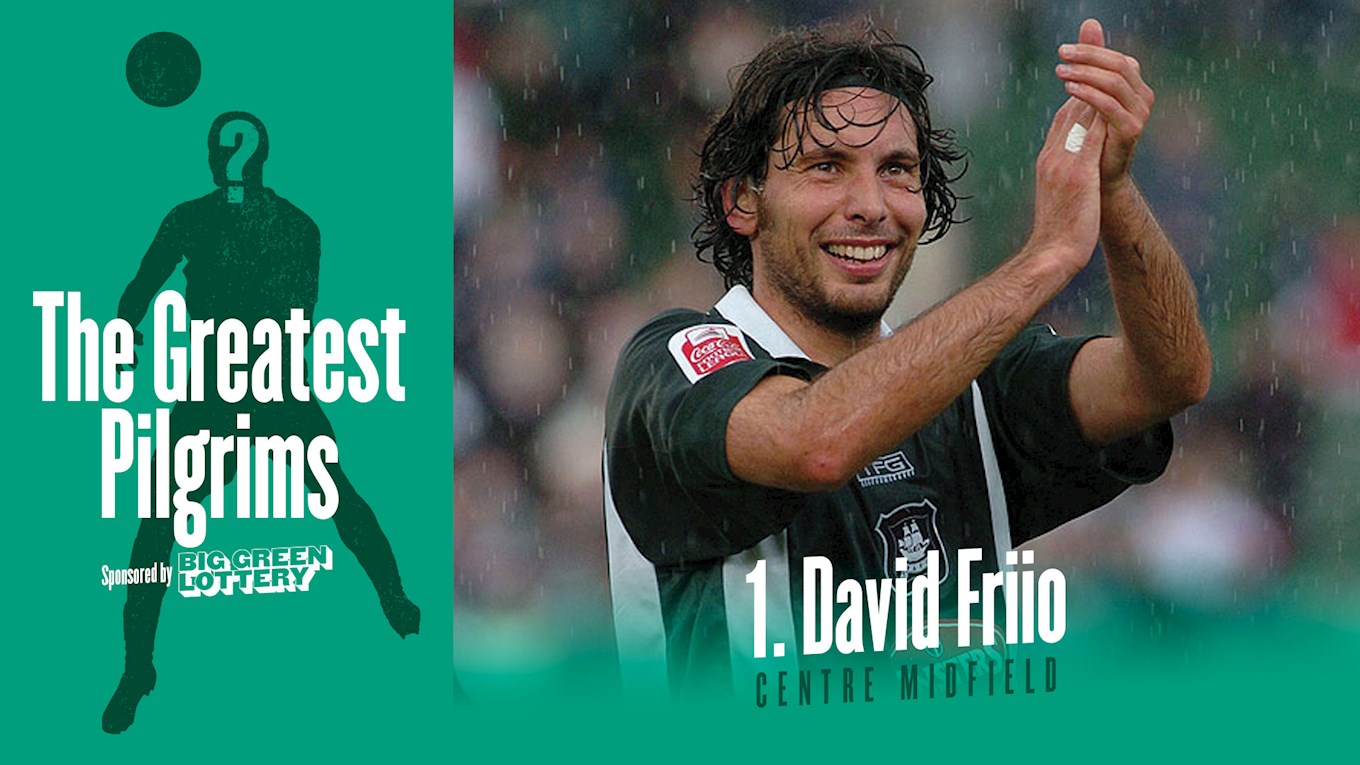 Your number one greatest Pilgrim midfielder is the French hero of the all-conquering team built by Paul Sturrock at the start of the new millennium.

David Friio enjoyed a mild start to his career in the French second division, playing as a defender in those early days. A move to Home Park in 2000 saw Luggy convert him into a midfielder and it was an inspired tactical switch by the boss.

Friio was incredible in the engine room, blessed with the energy to cover every blade of grass. In a flash, Friio could go from defending his own penalty area to scoring goals at the other end of the pitch.

The Green Army were in love and the feeling was mutual. Friio was a massive figure in the side that won two promotions and never wavered in his committed approach to every single game. He finally left Home Park for a spell at Nottingham Forest in 2005.