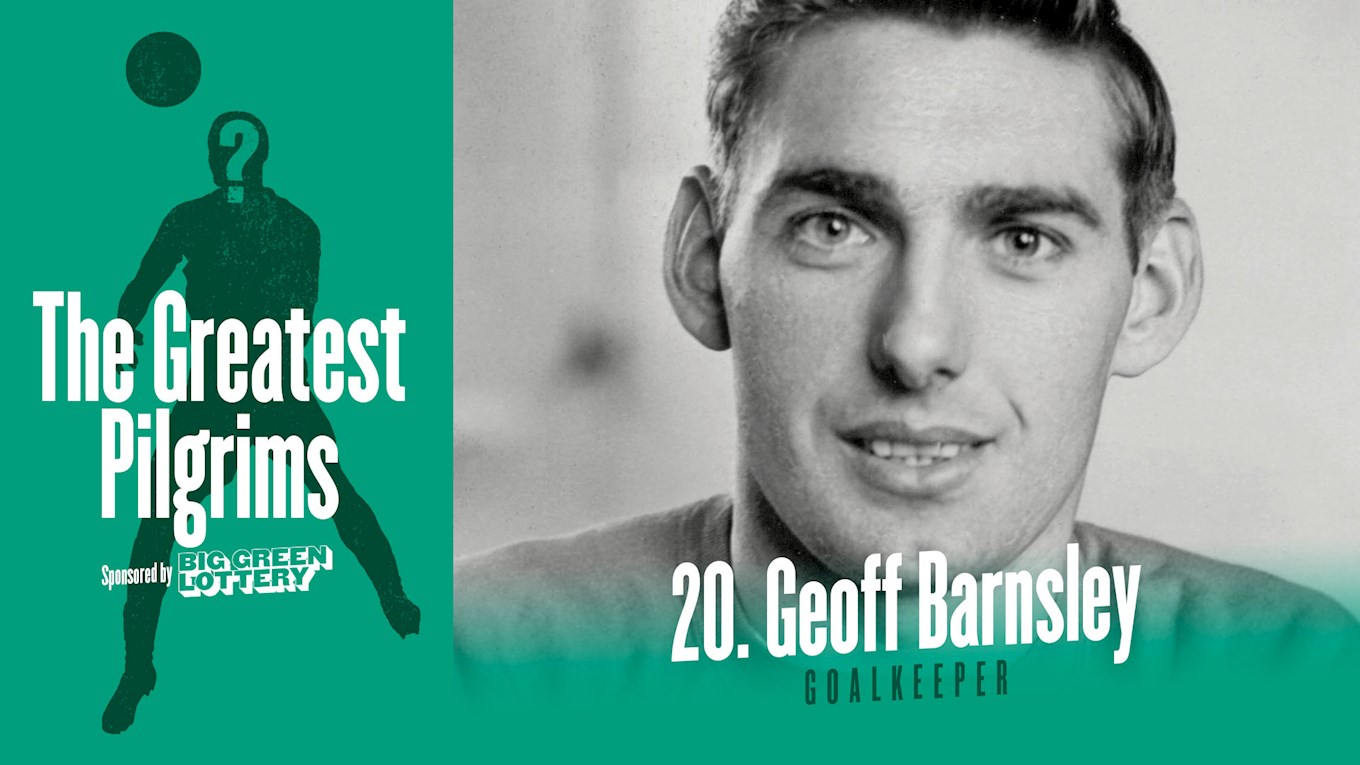 One of the title-winning heroes of 1959, when we secured the Division Three crown, Geoff Barnsley was an outstanding goalkeeper, who was very much the right man in the right place.

A graduate of the youth system at West Bromwich Albion, Argyle signed Barnsley in 1957 and he immediately endeared himself to the Green Army with a combination of incredible agility and courage.

Barnsley remained the number 1 for the next three years, racking up 146 appearances as a Pilgrim and never once shirking a challenge. It was a major shock and disappointment when he opted to sign for Norwich in the summer of 1961.

It proved an unsuccessful stint with the Canaries and he returned to Devon for a brief spell at Torquay United. Barnsley then drifted out of the professional game but did enough to make his mark as a Pilgrim Great. 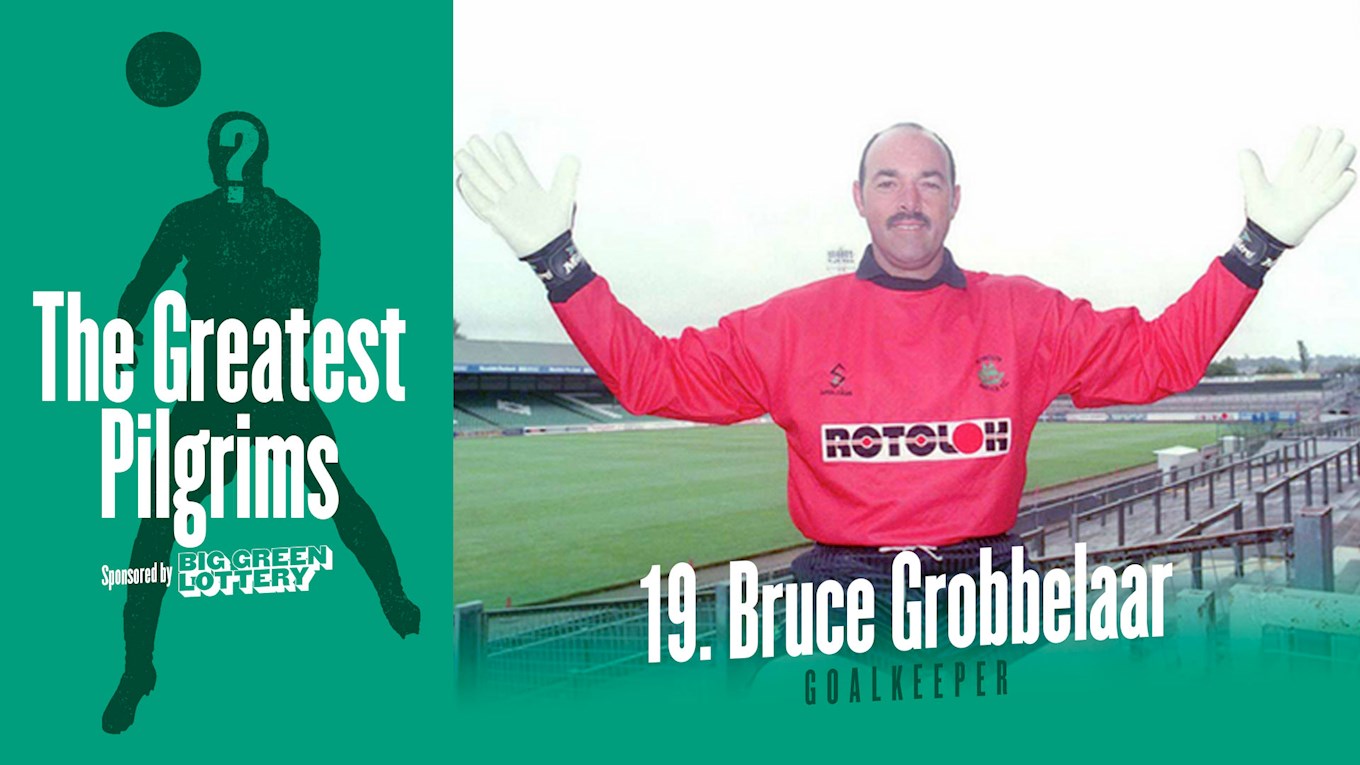 Aged 39 and just one season as a Pilgrim was enough for Bruce Grobbelaar to secure his name in Argyle history with a campaign of colourful brilliance between the sticks.

The Zimbabwe international started in South African football before moving to Vancouver Whitecaps. A loan spell at Crewe Alexandra caught the attention of Liverpool and he signed for the Anfield giants in 1981.

Over the next 13 years, Brucie became one of the most recognisable and talented goalkeepers in world football. He won six league titles, three FA Cup crowns and the European Cup in 1984 with his famous wobbly legs during the penalty shoot-out.

Grobbelaar moved to Southampton in 1994 and had to come through match-fixing allegations in a dark period of his career. He moved to Home Park in 1996 and the Green Army instantly fell in love with the brilliant Brucie.

Despite being in the twilight of his career, he retained the agility and class of a top goalkeeper. Grobbelaar was an outstanding custodian and a privilege to have him as a Pilgrim, even for just one season.

After retiring from the game, Brucie became a coach in South Africa. He will rightly be remembered as a Liverpool legend but also a Great Pilgrim. 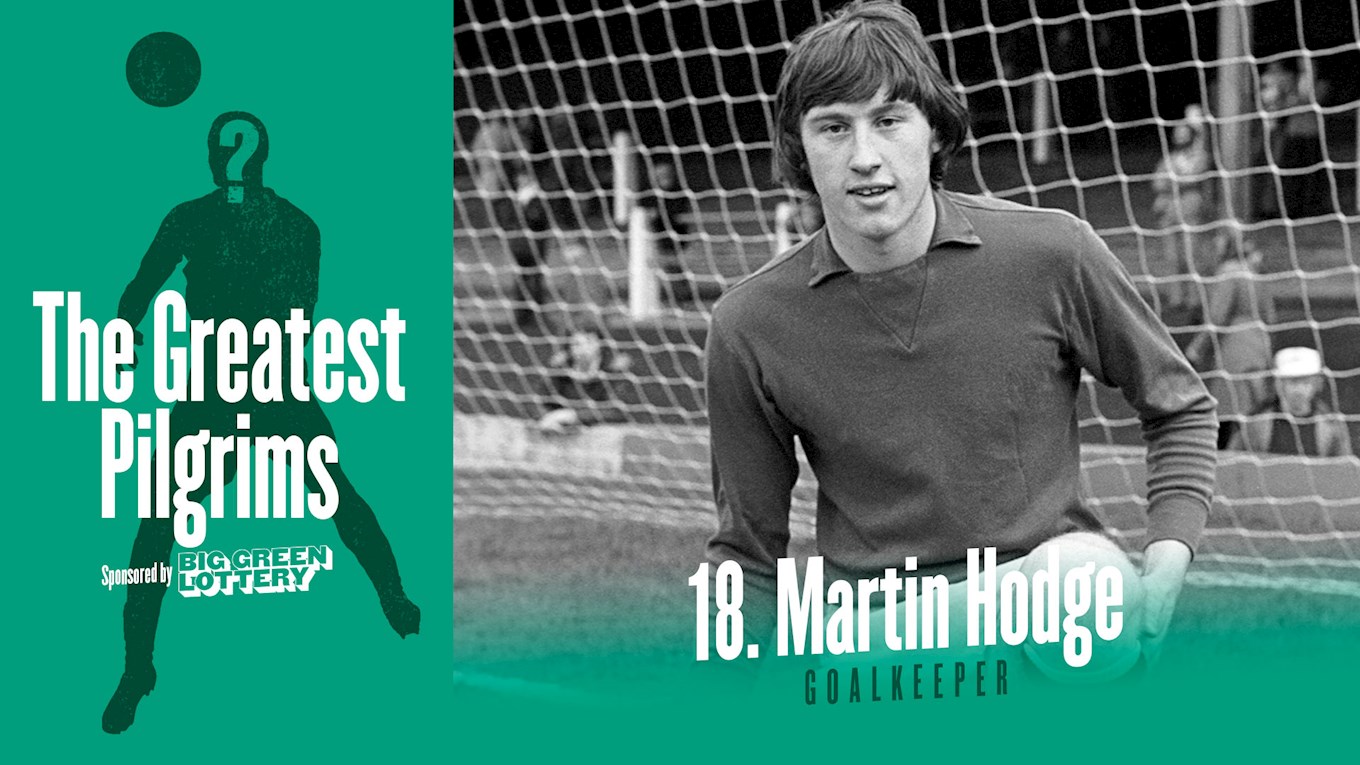 Martin Hodge started and finished his long career as Pilgrim, and a proud product of the Home Park youth system in the 1970s.

Argyle spotted him as a teenager at Southport Trinity, bringing Hodge down to Devon to learn his trade. He made his debut at the age of just 19 and gradually emerged as the first-choice goalkeeper in the 1978-79 campaign.

Over that season, Hodge grew in stature and confidence. His remarkable maturity for a young goalkeeper caught the eye of the big clubs and he was signed by Everton for a fee of £135,000.

After a number of loan spells, Hodge signed for Sheffield Wednesday, where he became a club hero over five successful seasons with the Owls. He then played for Leicester, Hartlepool and Rochdale before rejoining the Pilgrims in 1994.

While now at the end of his career, Hodge continued to look an excellent goalkeeper and then moved into coaching. He now works at Burnley and will always remain a marvellous success story for the Argyle youth set-up. 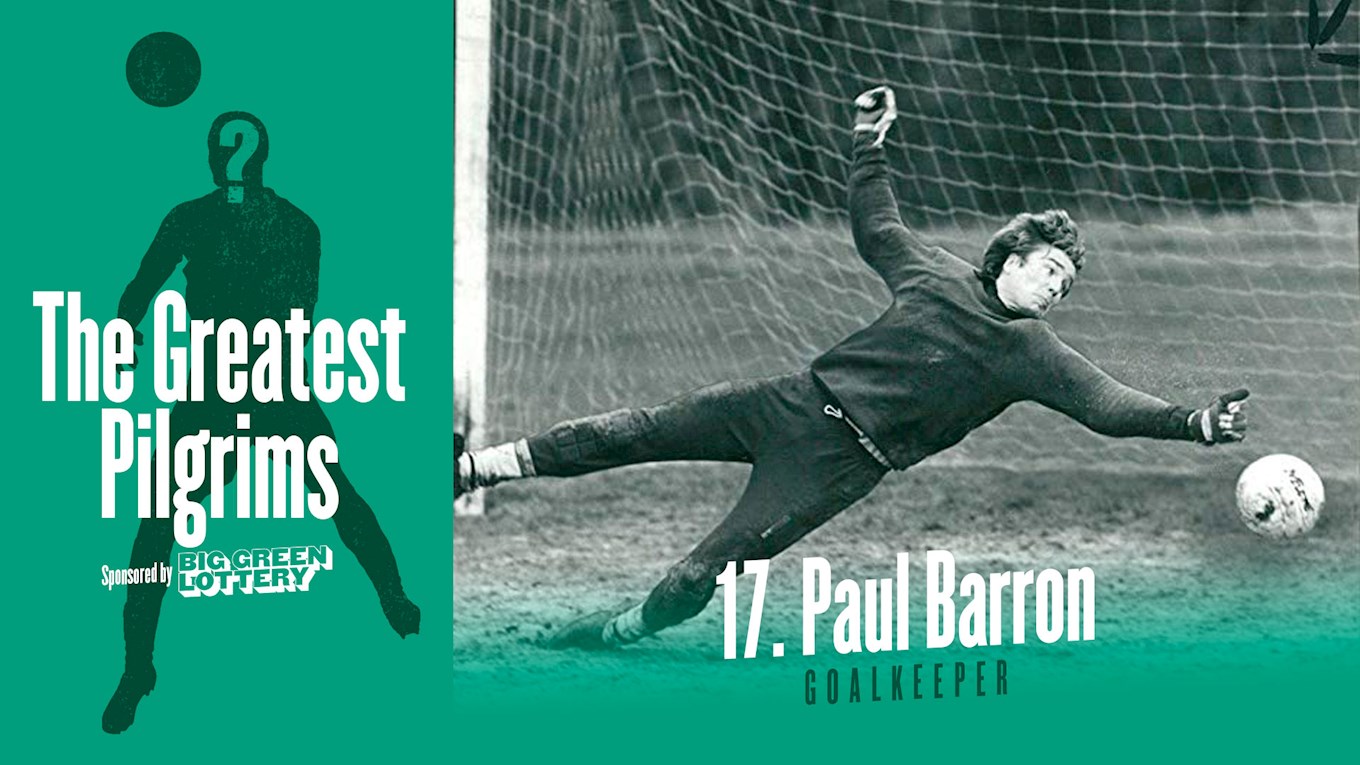 Another on your list of great Pilgrims to make a quick impression over a relatively short period at Home Park, Paul Barron was a goalkeeping natural.

He actually qualified as a PE instructor and plied his trade in non-league football before being picked up by Argyle in 1976. Over the next two years, his obvious talent made Barron a firm favourite with the Green Army.

It was a talent recognised by the big boys in English football and Barron was snapped up by Arsenal to act as cover for the legendary Pat Jennings. It was a move that arguably halted his progress, as Barron was unable to displace Jennings and eventually moved on to Crystal Palace.

He also spent time with West Bromwich Albion and Queens Park Rangers before drifting back into the non-league game. Barron is now manager of the Las Vegas Mobsters in the United States League and a top Pilgrim. 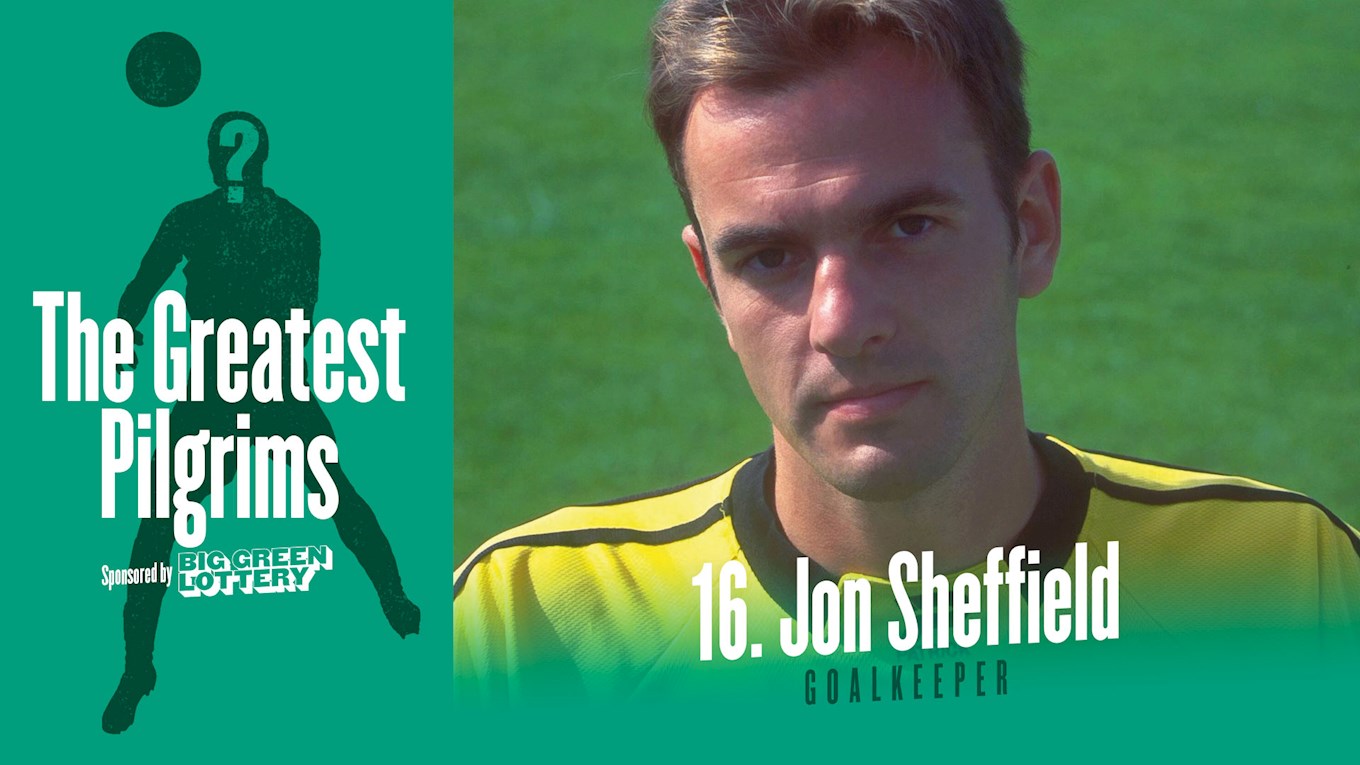 Jon Sheffield joins your list of great Pilgrim goalkeepers after his remarkably consistent performances over a three-year period at Argyle.

After graduating from the Norwich City academy, Sheffield endured a meandering start to his career, signing for Cambridge United and a number of loan stints before he joined Peterborough in 1995.

Two years later, Sheffield arrived at Home Park and was a firm fabourite with manager Kevin Hodges, who was rebuilding a struggling team and his talented goalkeeper was the platform for many good performances, with superb shot-stopping his major attribute.

Injury then intervened at a cruel time for Sheffield and new boss Paul Sturrock handed his jersey to Romain Larrieu. Sheffield was unable to regain his place and eventually moved on to Yeovil Town, but had done enough to prove himself as a top Pilgrim.