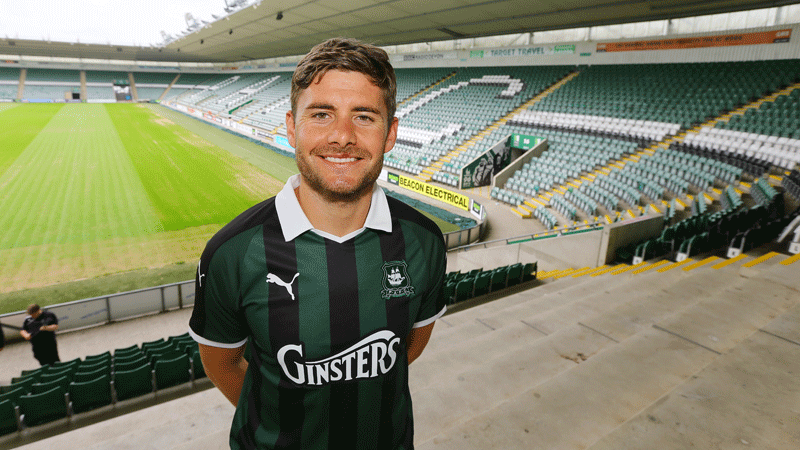 EVERYONE at Home Park would like to extend our congratulations to Joe Riley and his wife on the safe arrival of their new baby.

Riley junior was born on Thursday morning and Argyle boss Ryan Lowe was delighted to give his former Bury team-mate extra time to spend with his family at such a momentous occasion in their lives.

Ryan and Joe played together at Gigg Lane, and the versatile 28 year-old will be back at Home Park for pre-season on Monday.

“I’ve been speaking to Joe and really pleased they’ve had the baby,” said Ryan. “His missus is well and the baby is well, which is good news.

“I’ve told Joe we’ll see him on Monday. I don’t want him coming down here and being away from his baby and his missus, make sure they’re right. I did say he might need to get out of the house for a couple of runs in the evening.

“I know Joe, he’s a good lad and he’ll keep in good shape. He’s a quality player, who missed out the backend of last through injury, so he’ll want to put that right, get fit and get in the team.

“I was speaking to him before I got the job and when I did get the job, I picked his brains on a few bits and bobs. He’s a good lad and one who will be very important to us.”