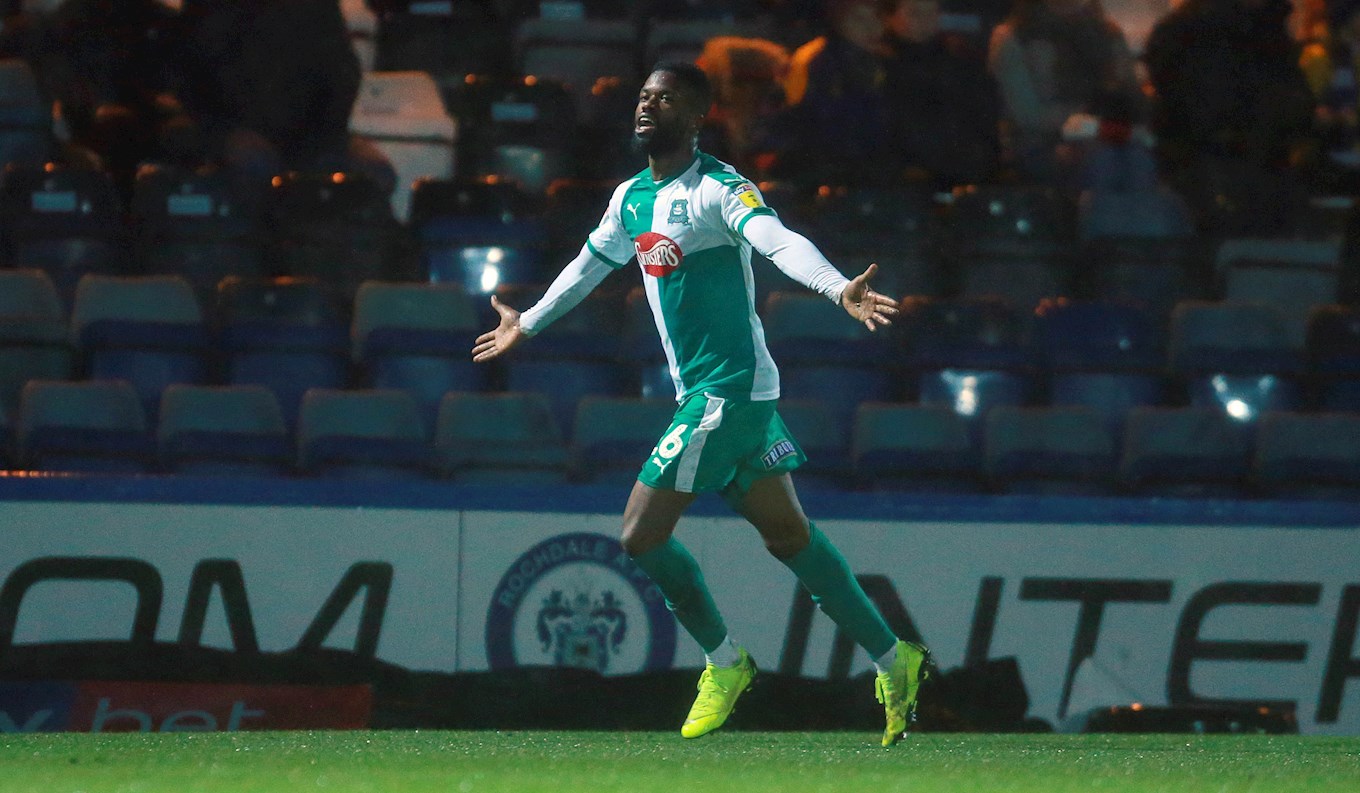 JAMAICAN attacker Joel Grant is the latest out-of-contract player to commit his future to Argyle.

Winger Grant, 31, has signed a new deal that extends his stay at Home Park.

Joel arrived from Devon rivals Exeter City in the summer of 2017 upon the Pilgrims’ promotion to Sky Bet League One.

During his first season at Home Park, the Jamaican international made 33 league appearances, scoring six goals, operating primarily as a wide forward, but also, at times, filling in as a makeshift centre-forward as injuries took their toll.

Last season, a promising personal start to the campaign was curtailed by a thigh injury which ruled him out for the second-half of the season. Rather than rest on his laurels, though, an injured Joel would be regularly found in and around Home Park, committing whole-heartedly to his rehabilitation and interacting with staff and supporters on a regular basis.

Joel, capped 14 times by the 'Reggae Boyz', began his career at Watford, but struggled to break into the team upon the Hornets’ promotion to the top-flight. He made an impression at Aldershot, initially on-loan, before joining the Shots permanently upon his release at Vicarage Road.

Spells at Crewe and Wycombe followed, before a move to the South West, and Yeovil, in 2013, preceded a two-year stay with Exeter.