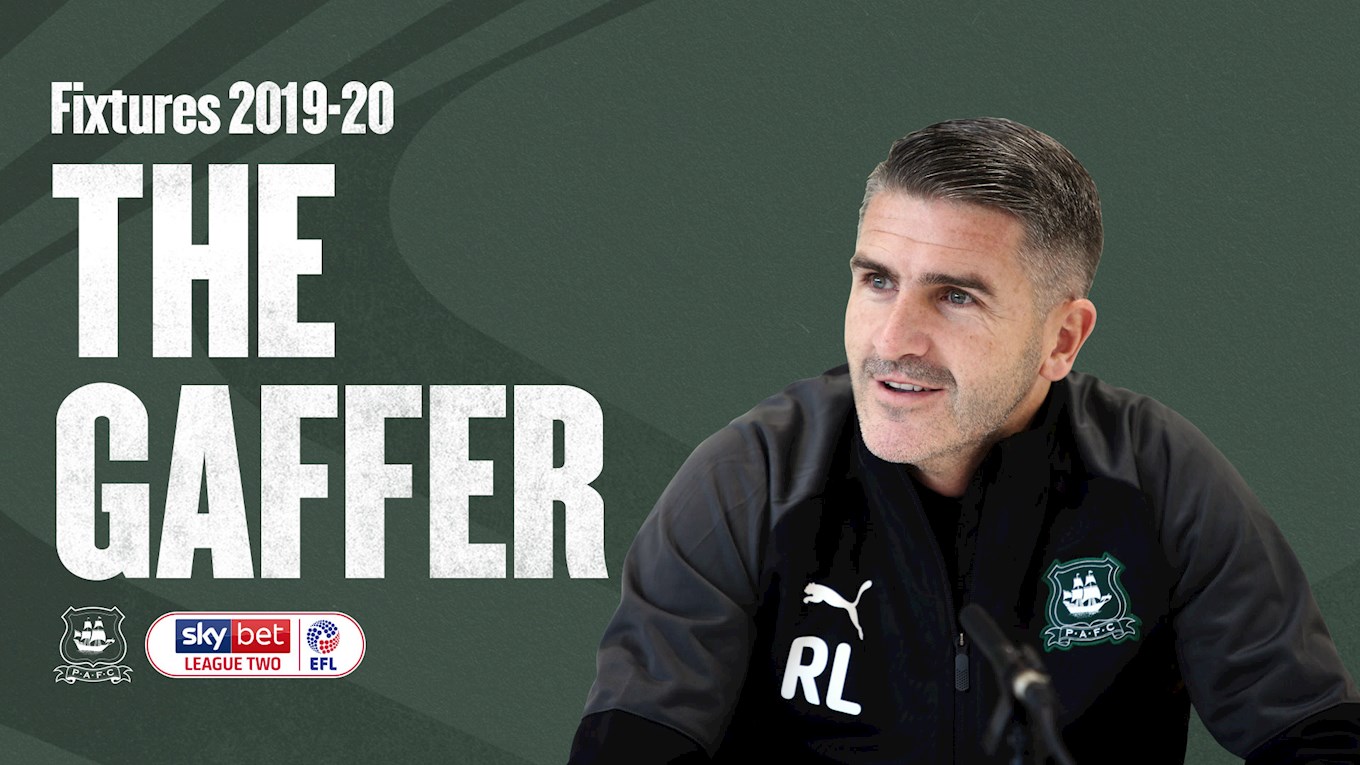 ARGYLE manager Ryan Lowe will kick off his Pilgrims’ career with a visit to familiar territory.

The new Pilgrims’ gaffer had three spells as a player at Crewe Alexandra, where Argyle start the 2019-20 Sky Bet League One season, making more than 100 appearances for the Railwaymen and scoring 28 goals.

“It’ll good to be going back to my old stomping ground,” said Ryan. “I had a good time there and have kept in touch with the chairman and the staff. I know David [Artell] and Lenny [Lunt] [Crewe’s manager and assistant] and it’s always nice to go back to a former club.”

Following the visit to Gresty Road on Saturday, August 3, Argyle will play three of their next four games at Home Park, and Ryan cannot wait to experience the Theatre of Greens in full throat on match-day.

“That’s what you want,” he said. “To feel the atmosphere of a home crowd behind the team.”

One of those three matches will see the Pilgrims come up against early title favourites Salford City, managed by Graham Alexander.

Ryan said: “Graham has done a fantastic job, getting them promoted from the National League, but we do not need to worry about any opposition.

“We will respect everyone that we play, but we will look at ourselves and what we do for every game, and make sure we prepare correctly. That will be our aim throughout the season. If we do that, we will be alright.

“It is about what Plymouth Argyle do.”