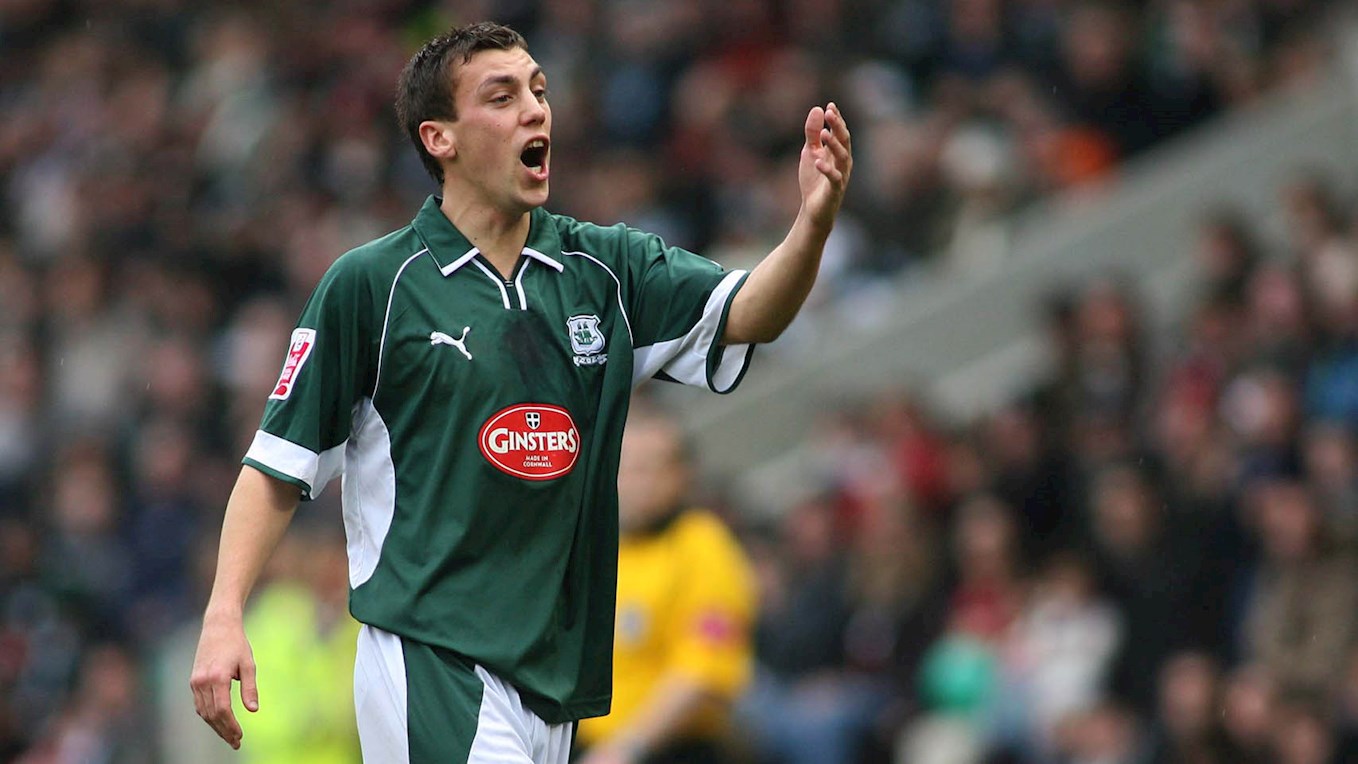 As home-grown talent, the 33-year-old Home Park stalwart felt the pain of last season’s last-day relegation from League One as acutely as anyone. However, after agreeing a new deal to continue his long Argyle career, he is determined to play his part in righting that wrong and helping the Pilgrims to bounce straight back up.

“Without a shadow of a doubt – everyone has to look at it like that,” he said.

“This is a massive club and it sits in the wrong division. This is a time when we aim to get ourselves back out of it.”

That desire springs from professional pride, of course, and from a passion that first stirred in a young Gary even before he joined the Pilgrims. Since first signing a pro contract, he has played 261 times for the first team, which places him 36th on Argyle’s all-time appearance list.

He said: “I grew up in Bideford, a lot of my friends are obviously Argyle fans, so you dream of that. When I started in the youth team and as a schoolboy, even younger than that, you think you’d be happy making one appearance for the first team.

“To go on and be as high as that on the board is something I am proud of.

“This is the club that I grew up watching and I have been fortunate to have been here as long as I have, so, as soon as they offered me a contract, it was a no-brainer.”

Gaz’s 11 seasons as an Argyle pro, sandwiched spells at both Bristol sides and Leyton Orient, meaning he is a few weeks away from embarking on his 18th pre-season regime. Surely, in all that time, he can knock that off with ease?

“It gets harder, to be honest,” he said. “You go through a purple patch when you’re about 24-28, where everything seems to be alright. Then it gets harder.

You can hear the full interview with Gary, his decision to remain a Pilgrim and his hopes for the future here.