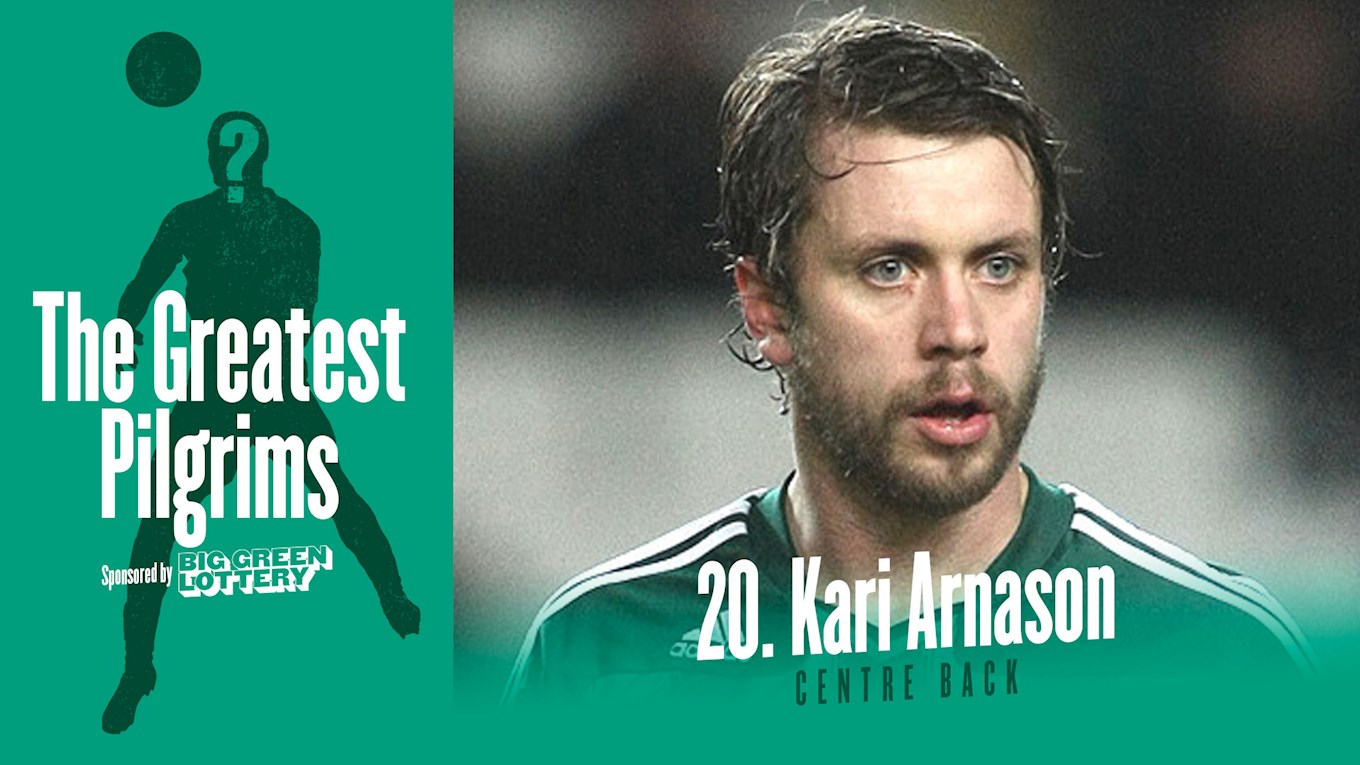 One of very few Pilgrims to have played in the World Cup and European Championsips, Icelandic international Kari Arnason was a class act over two tough seasons at Home Park.

Although born in Sweden, Arnie played as a junior for Vikingur in his hometown of Reykjavik before spells back in Sweden and then Denmark. He signed for Argyle in the summer of 2009 after a successful trial with the Pilgrims.

He was comfortable in both midfield and defence, settling into the back four under manager Peter Reid. His composure and consistency was a rare highlight in two horrible years for our club, as we suffered successive relegations amid the financial turmoil of administration.

Arnie also scored one of the great goals in Argyle history, an extraordinary strike from 40 yards in a game against MK Dons. He moved to Aberdeen as it became increasingly clear the club could not afford to keep him at Home Park.

He later played for Rotherham, spells in Sweden, Cyprus and Turker. Now back in Icelandic football, Arnie was also a member of the Iceland team that famously dumped England out of Euro 2016. 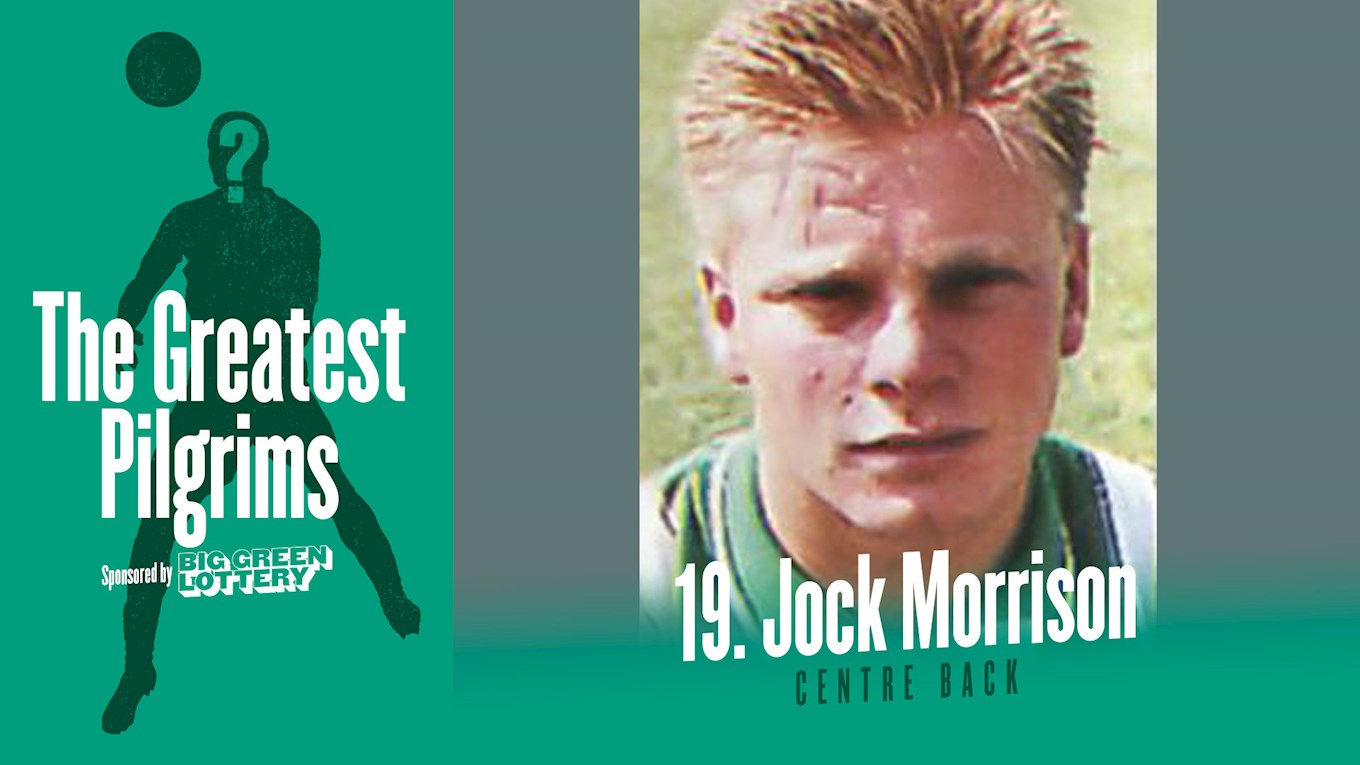 Known as Jock during his time at Home Park, Andy Morrision typified the Green Army spirit of passion, commitment and local flavour.

Although born in Scotland, Morrison’s family moved to Plymouth when he was a child and the young defender emerged from the Home Park Academy as an outstanding prospect, making his debut as a 17 year-old in 1988.

Jock was not the biggest of defenders but a great reader of the game, and total courage in every single performance. He was the shining light in a fallow period for Argyle and his performances caught the eye of some big clubs.

A move to Premier League Blackburn came in 1993 but opportunities were limited at Ewood Park, and he moved on to Blackpool, later playing for Huddersfield and Manchester City, where he was immediately installed as club captain. He now works as manager at Connah’s Quay in Welsh football. 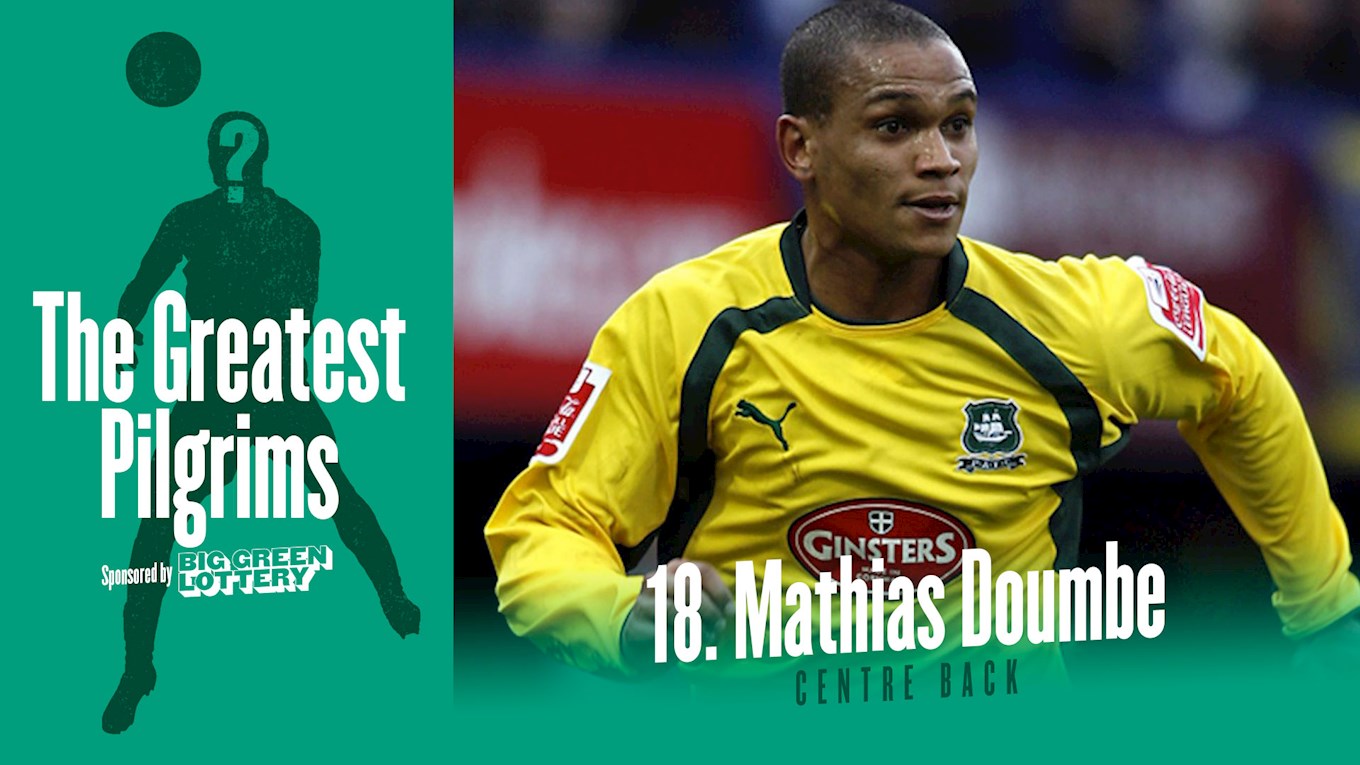 Frenchman Mathias Kouo-Doumbe was a tremendous defender and would be a leading contender for one of the quickest players to ever represent our club.

An under-21 international with France, Doumbe was a junior at Paris Saint Germain and then moved to Hibernian in Scotland. It was from here that manager Bobby Williamson signed him for Argyle in 2004.

MKD was happy at both centre-back and right-back in a fine period for the Pilgrims, as we became an established Championship club. Doumbe was lightening fast and that pace so often rescued the Argyle defence from threatening situations.

After 142 outings as a Pilgrim, MKD (fittingly) signed for MK Dons, staying there for four years before then making a brief switch to Northampton. Matty Doumbe: a great Pilgrim and seriously fast. 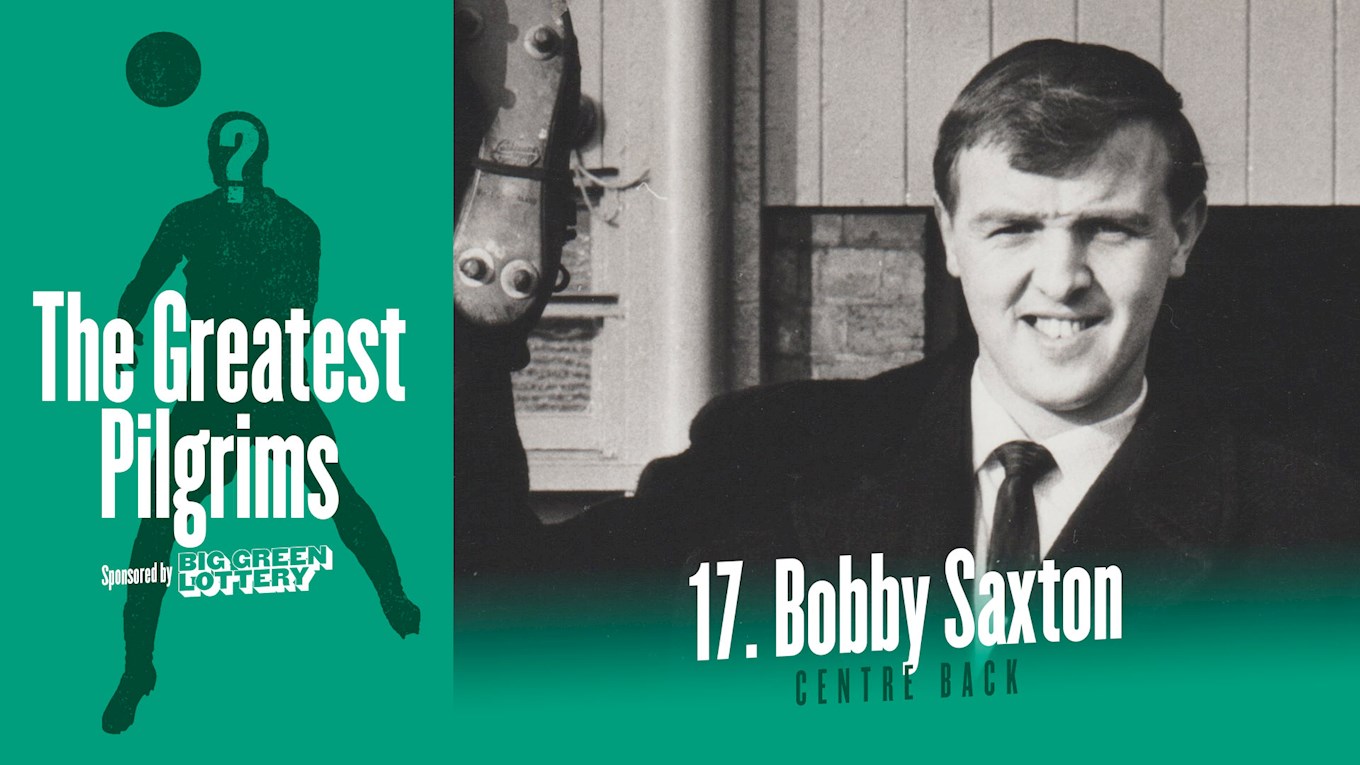 Full tilt in every performance, Bobby Saxton was a classic defender of his era and one of the very best to wear the famous Green shirt.

After learning his trade in the non-league scene, Saxton earned a move to Derby County and made almost 100 appearances for Rams before switching to Home Park in 1968.

Over the next seven years, he defied a serious injury caused by a car accident to become an established Pilgrim in one of our great sides, reaching the League Cup semi-final and helping Argyle to promotion in 1975.

Saxton was completely committed to his craft and a thoroughly courageous defender. He later joined Exeter as player-manager before returning to Home Park as the boss, signing great players like Geoff Crudgington and David Kemp. 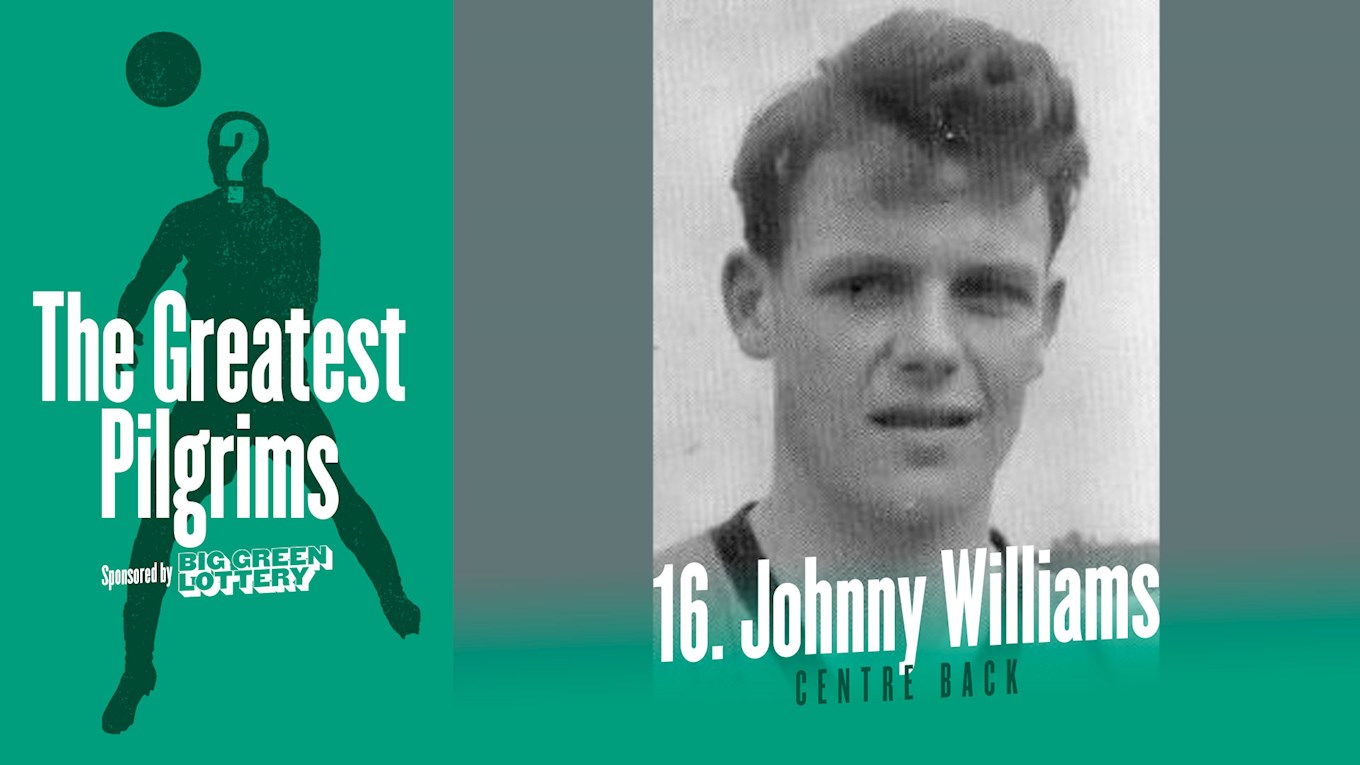 Not to be confused with the outstanding winger from a similar era with the same name, John Williams was a tough centre-back at Home Park in the late 1950s.

Known as John ‘Cardiff’ Williams, he, unsurprisingly, came to Home Park from Cardiff City and was capped at youth level by Wales.

His career was faltering with a lack of opportunities at Cardiff when Argyle pipped Norwich to his signature in 1958. Williams ensured his place in Argyle history with some fantastic displays in the 1958-59 promotion team.

Williams was incredibly tenacious in his approach and the Green Army took him to their hearts. Although he left for Torquay United in 1961, Williams became a cult hero with a fine display against the emerging genius of Jimmy Greaves in a friendly against Tottenham.