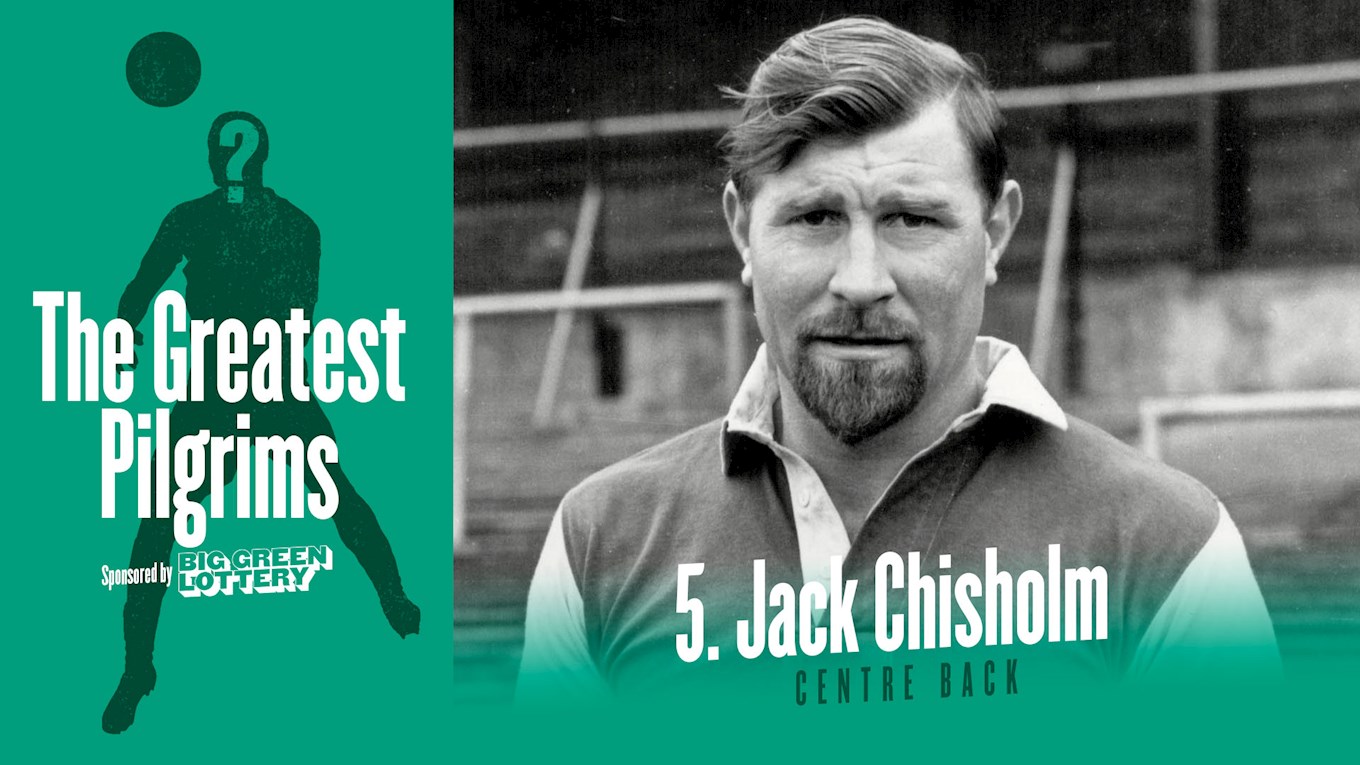 The great Jack ‘Jumbo’ Chisholm was a verified legend of Home Park and one of the ultimate leaders on a football pitch.

He was a junior at Tottenham but had to wait to the end of World War Two before getting his professional career under way at the age of 23. Jumbo struggled to make an impact at Tottenham and moved to Brentford for first-team opportunities.

The next stop was Sheffield United in 1948 and then to his spiritual home at Argyle a year later. Jumbo was a massive character around the club and loved by the Green Army for his commanding presence in the air and unshrinking bravery in the tackle.

There were better technical players than Jack Chisholm but he made up for that with spirit, commitment and leadership, inspiring those around him to reach their potential in every single game.

Jumbo was known to have a drink in the Britannia Inn before home games and loved his life in Plymouth. Injury cut short his career and this wonderful Pilgrim died in 1977 at the age of just 52. 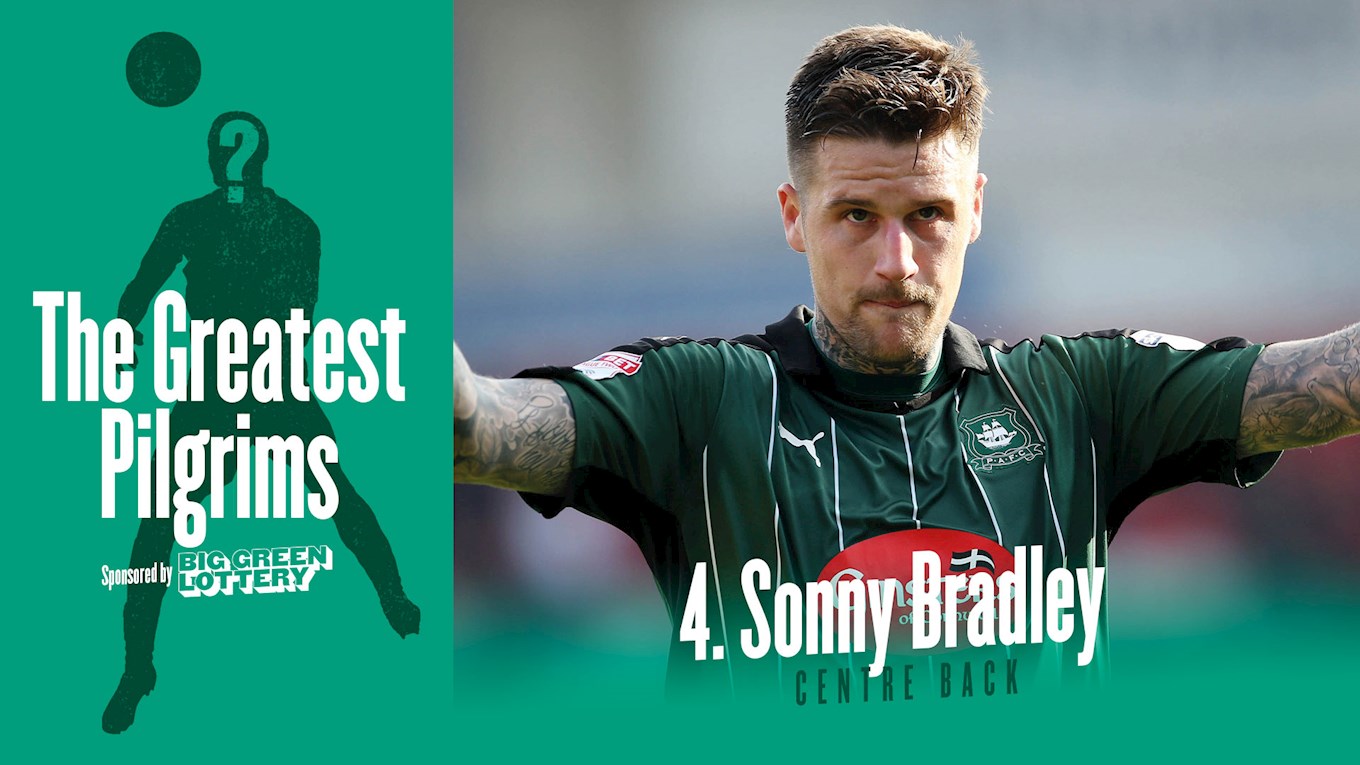 Sonny Bradley is one of those players who could arguably owe his success to the time spent at Home Park but also richly deserved for an outstanding centre-back.

Sonny came through the youth ranks at Hull and gradually learned his trade with loan spells at Harrogate, Aldershot and in Sweden. He then joined Portsmouth for a season and later Crawley Twon.

When Sonny arrived at Home Park in 2016, his career had not yet taken off but over the course of the next two seasons the powerful defender was a titan for Argyle. Supreme in the air and strong in the tackle, Sonny Bradley had developed into the ideal modern centre-back.

He was a massive threat from set-pieces and scored 11 goals in his 96 appearances for Argyle. As well as being a top player, Sonny was a fantastic individual around the club and loved by everyone.

It was, therefore, a sad day when he left for Luton Town in the summer of 2018 and showed his quality again by helping the Hatters win promotion to the Championship. 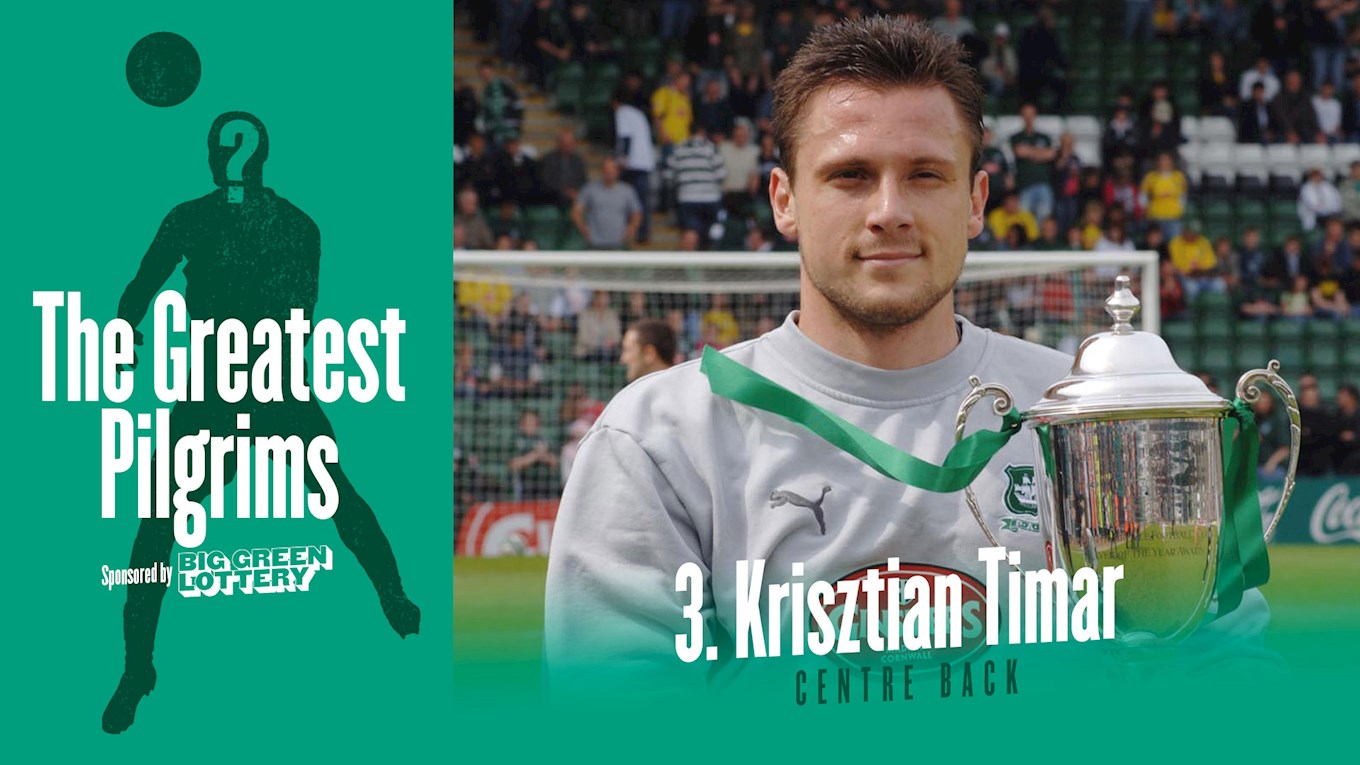 The Beast from Hungary; Krisztian Timar was the archetypal cult hero, loved by the Green Army, his team-mates and everyone around the club.

Timar began his career at Ferencvaros in Hungary and it was from there he joined Argyle, initially on loan, and quickly turned into a permanent deal. As part of a Magyar trio at Home Park, Timar was the brute force behind the flair of compatriots Peter Halmosi and Akos Buszaky.

From the start, Timar was a legend, fearless in his approach, commanding in the air and tough as nails in the tackle. His impact was so great that the Green Army voted Timar Player of the Season in his first campaign and he was given the captain’s armband.

Injury curtailed his progress but he remained a key figure in one of the great Argyle teams, riding high in the Championship. Timar also won international recognition with Hungary before leaving Home Park in 2011.

Timar then played in Vietnam and will always be remembered as a great Pilgrim.