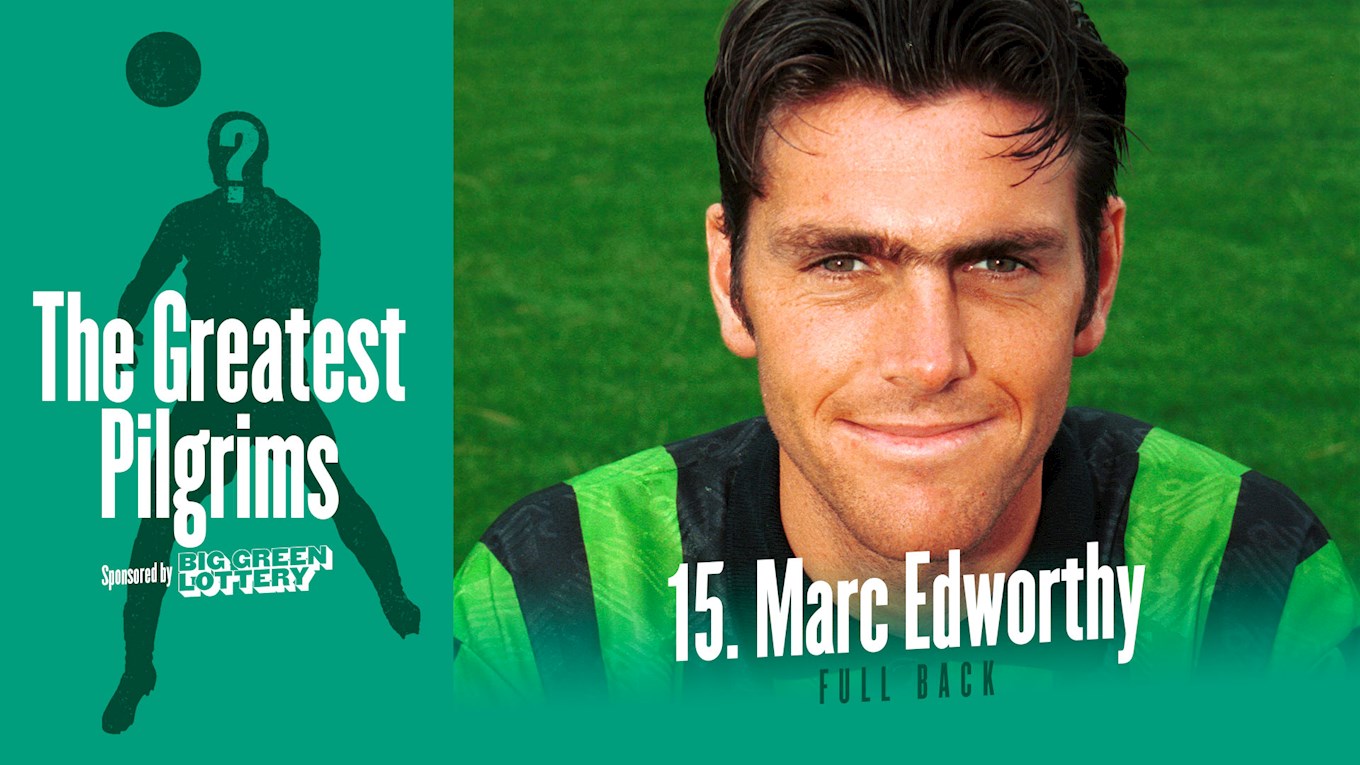 After coming through the Home Park youth system, Marc Edworthy made his debut as a teenager under David Kemp and went on to enjoy an excellent career in the game.

A classy defender, Eddy was known for his incredible consistency and calm assurance at the back. He rarely made a mistake and had the ability to help Argyle when going forward.

Competition from Gary Poole and Mark Patterson limited his playing opportunities in those early days of his career, but Eddy had shown enough promise as a youngster to attract a £350,000 bid to join Crystal Palace in the second tier.

After three years at Palace, the Devon boy moved to Coventry for £1.2m and then played for Wolves, Norwich and Derby, with the amazing stat of winning promotion to the Premier League on four occasions but also suffering four relegations from the top flight.

Edworthy is still connected with Derby as a club ambassador and rightly considered a great Pilgrim. 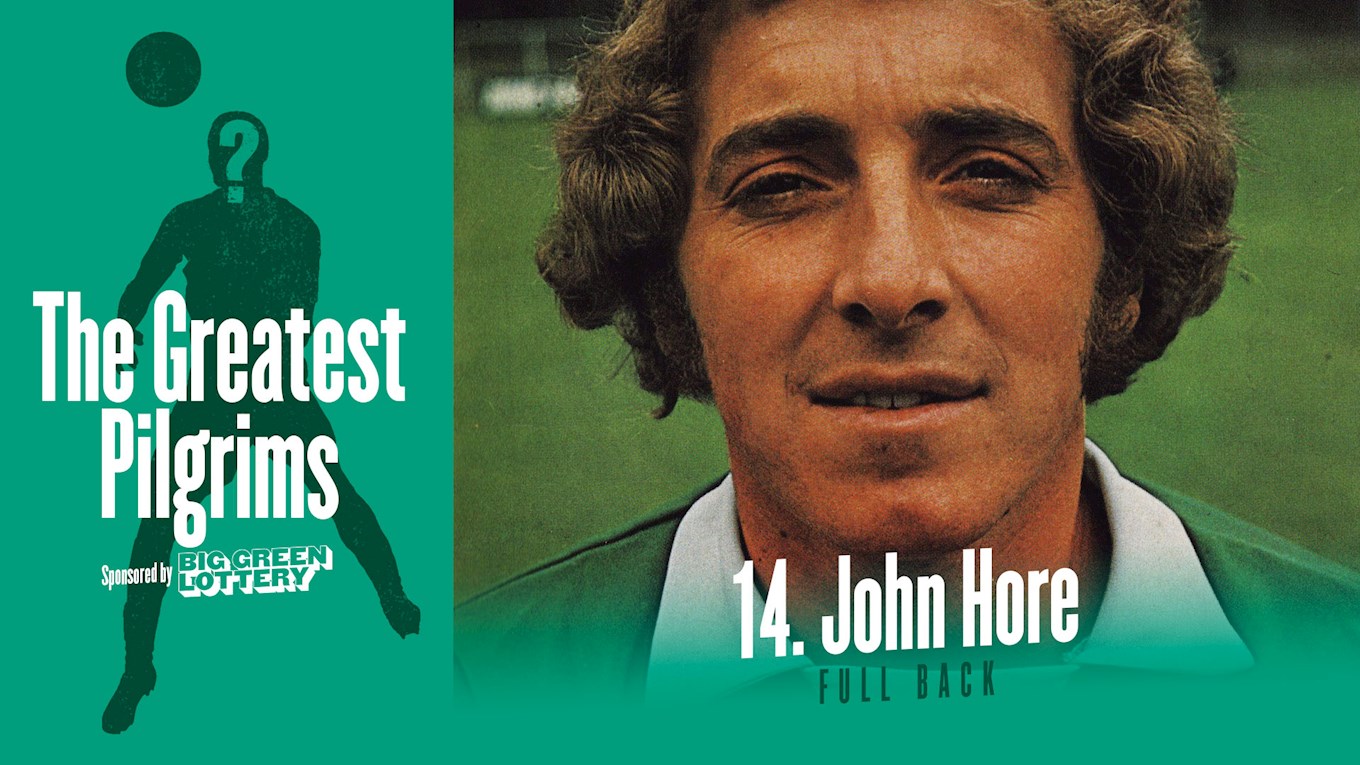 A wonderful servant of Argyle for over a decade, Cornishman Johnny Hore racked up 441 appearances in the famous Green shirt and was all-action in his performances.

He created history by becoming Argyle’s first ever substitute when he came on against Charlton in 1965 and the Green Army fell in love, adopting a special chant for Hore – 'he was here, there and everywhere'.

Hore was a brilliantly reader of the game, sniffed out danger and often did the ugly jobs that made him so popular with more flamboyant team-mates. It was a sad day when he left n 1976 and went on to make over 200 outings for Devon rivals Exeter City.

Such was his knowledge of the game, it was no surprise Hore went into management and returned to Home Park as boss in 1983, famously steering the Pilgrims to the FA Cup semi-final a year later. 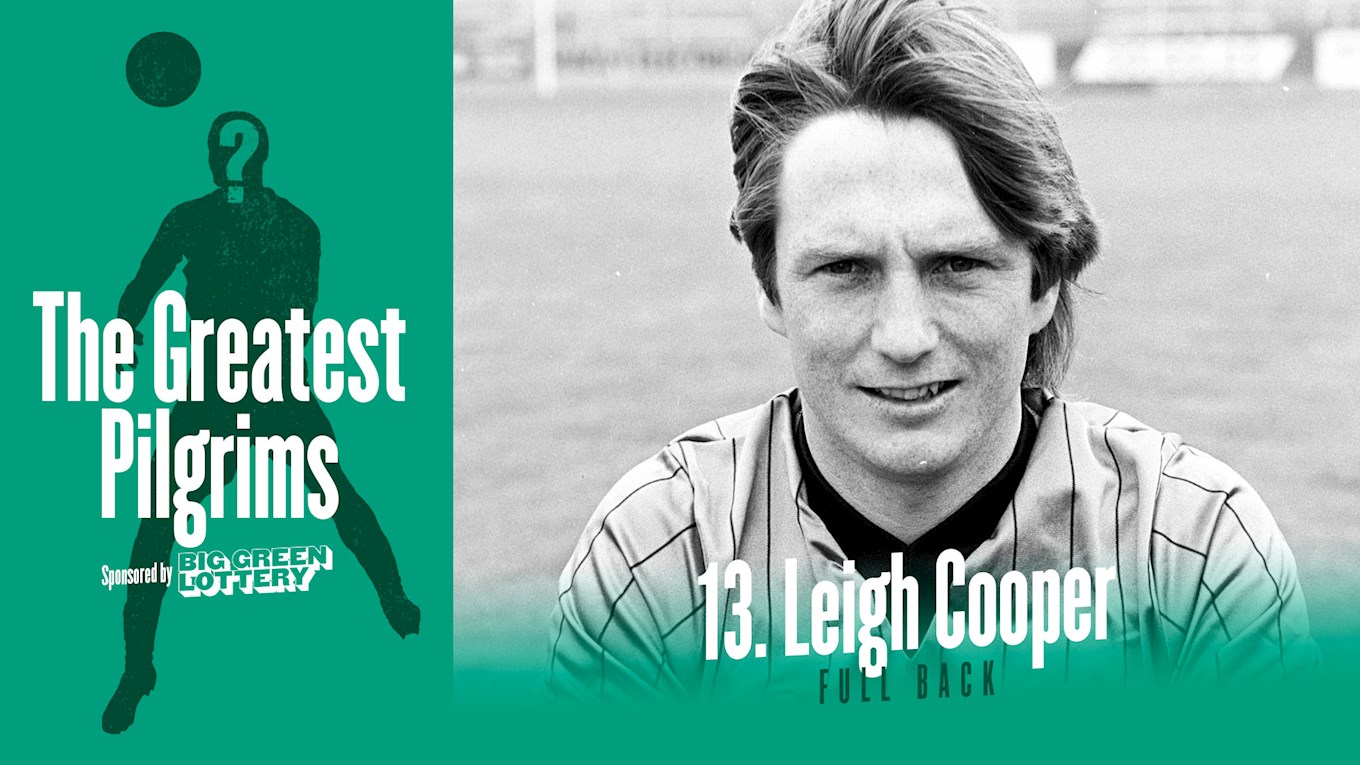 Another of the great Pilgrims who could have won recognition in more than one position, Leigh Cooper came through as a junior midfielder at Home Park.

Full of energy and determination, Cooper was a star midfielder as a young player and his influence on the team was evident when made captain at the tender age of 22, leading out Argyle in the 1984 FA Cup semi-final.

His form dipped a little in the mid-1980s but a conversion to full-back revitalised his career, and Cooper settled into five more years as a mainstay at Home Park, a period only interrupted by a nasty leg break that effectively ended his Argyle tenure.

Cooper briefly played at Aldershot and Truro City before moving into management in the local non-league scene. A great Pilgrim, who was both creative and consistent. 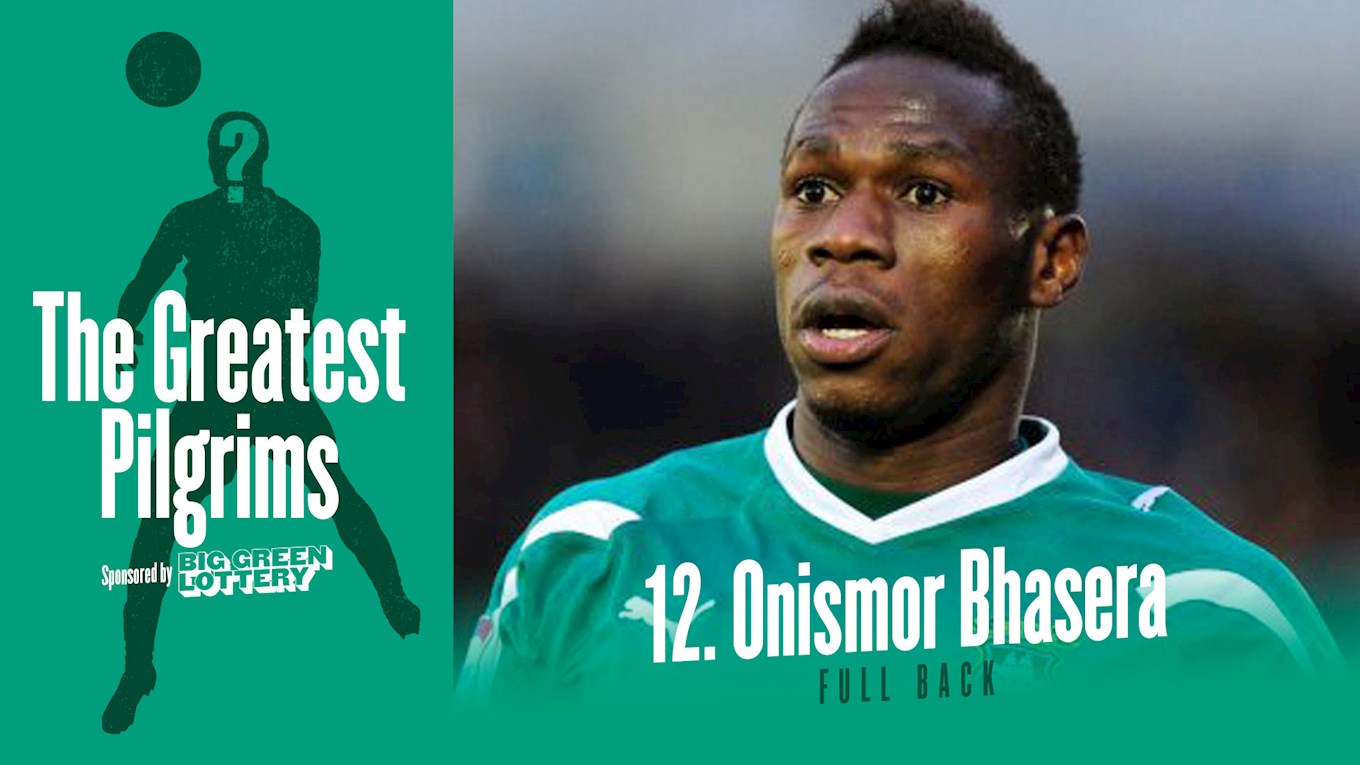 The second Zimbabwe international, after Bruce Grobbelaar, to join the list of greatest Pilgrims, Onismor Bhasera was a shining light in some of the darkest years at Home Park.

A terrific player as a youngster in South African football, Bhasera took his chance with a trial at Portsmouth in 2009 but the move was stopped by a contractual dispute with his former club. QPR and Sheffield Wednesday also tracked him, but the contract issues remained until FIFA intervened.

Argyle had timed their move to perfection and Paul Mariner brought him to Home Park in March 2010. Bhasera immediately showed the quality and energy of a player capable of operating at a high level.

Despite Argyle suffering relegation to League Two, Bhasera was one of the best players in the league above but remained loyal through the years of administration and financial trouble. The Green Army loved him and Bhasera won Player of the Season in 2012-13.

He returned to South Africa and still plays for SuperSport United, but will always be fondly remembered at Home Park. 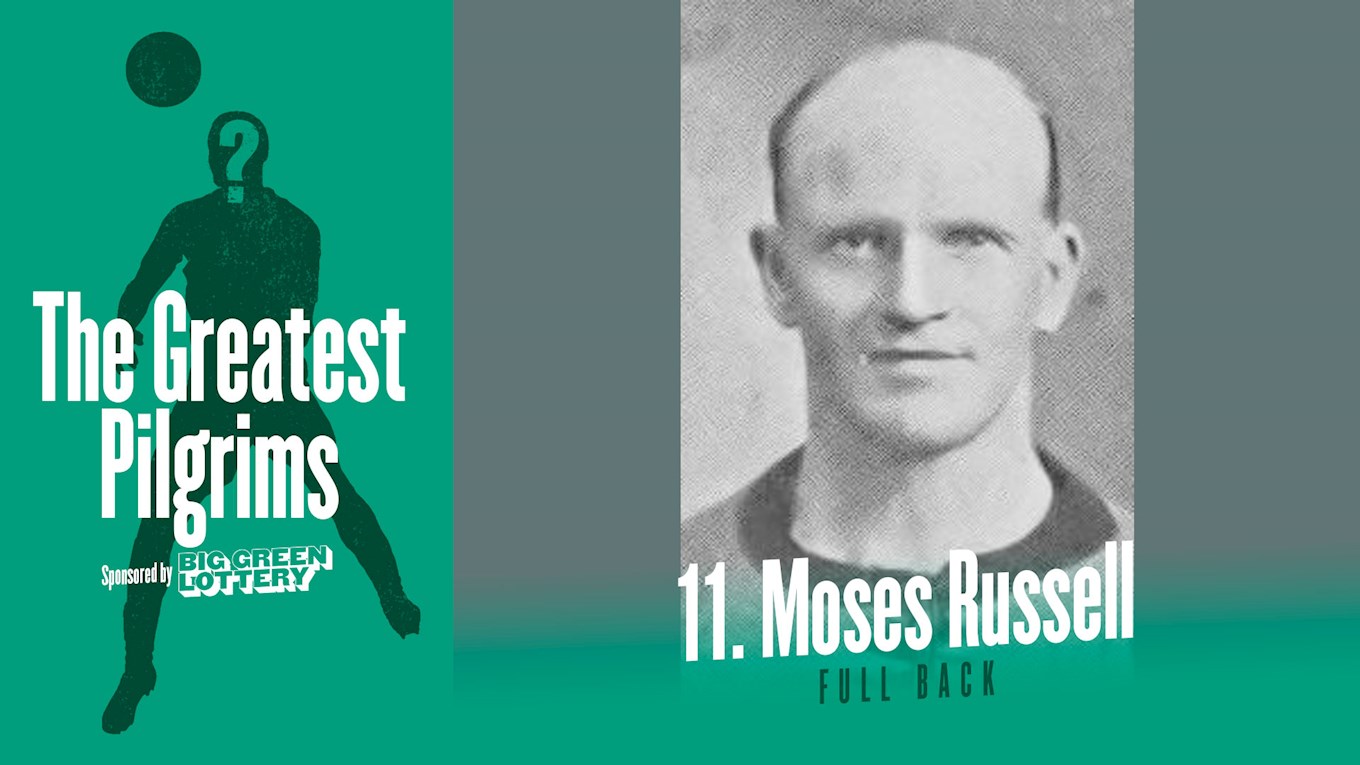 Born in Wales in 1888, the Bald Eagle Moses Russell was one of the great players in the early years of Argyle history.

He was already a Welsh international when legendary Argyle manager Bob Jack paid a record £400 for his signature in 1914 and, with numerical symmetry, Russell went on to make 400 appearances for the Pilgrims over the next 16 years.

It would have been a lot more but World War One halted all football. A muscular footballer and totally uncompromising in his approach, Russell was a football warrior and a massive part of the Pilgrims building as an established club on the national stage.

Despite being relatively small, he was also outstanding in the air and won 20 caps for Wales during his time as a Pilgrim. He went on to become club captain before finally ending his Argyle love affair in 1930.