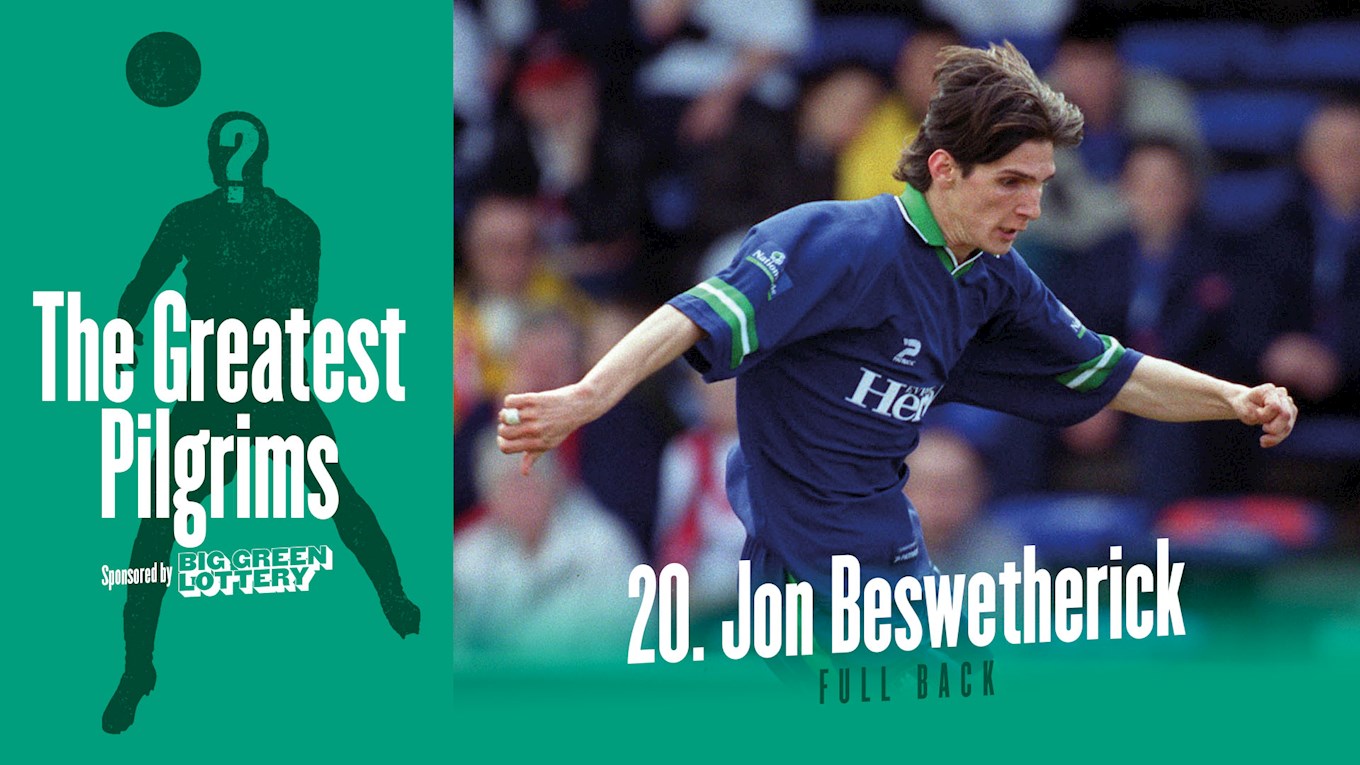 A shining light of the Argyle Academy in the 1990s, Jon Beswetherick graduated as a professional in 1995 and developed into an outstanding left-back for the Pilgrims.

Blessed with tremendous pace, Beswetherick used his natural attributes to get forward at every opportunity and his rampaging runs down the left flank became the stuff of legend at Home Park.

His impressive athleticism became a key component in the Home Park revolution at the turn of the century, as Paul Sturrock began to build one of the best Argyle teams in generations.

It was, therefore, a major disappointment when he rejected the offer of a new contract to pursue a new adventure at Sheffield Wednesday. Unfortunately, his career never reached the same heights as those early years at Home Park.

Beswetherick eventually retired from the game and became a Police Officer, but had done enough to be remembered as a great Pilgrim. 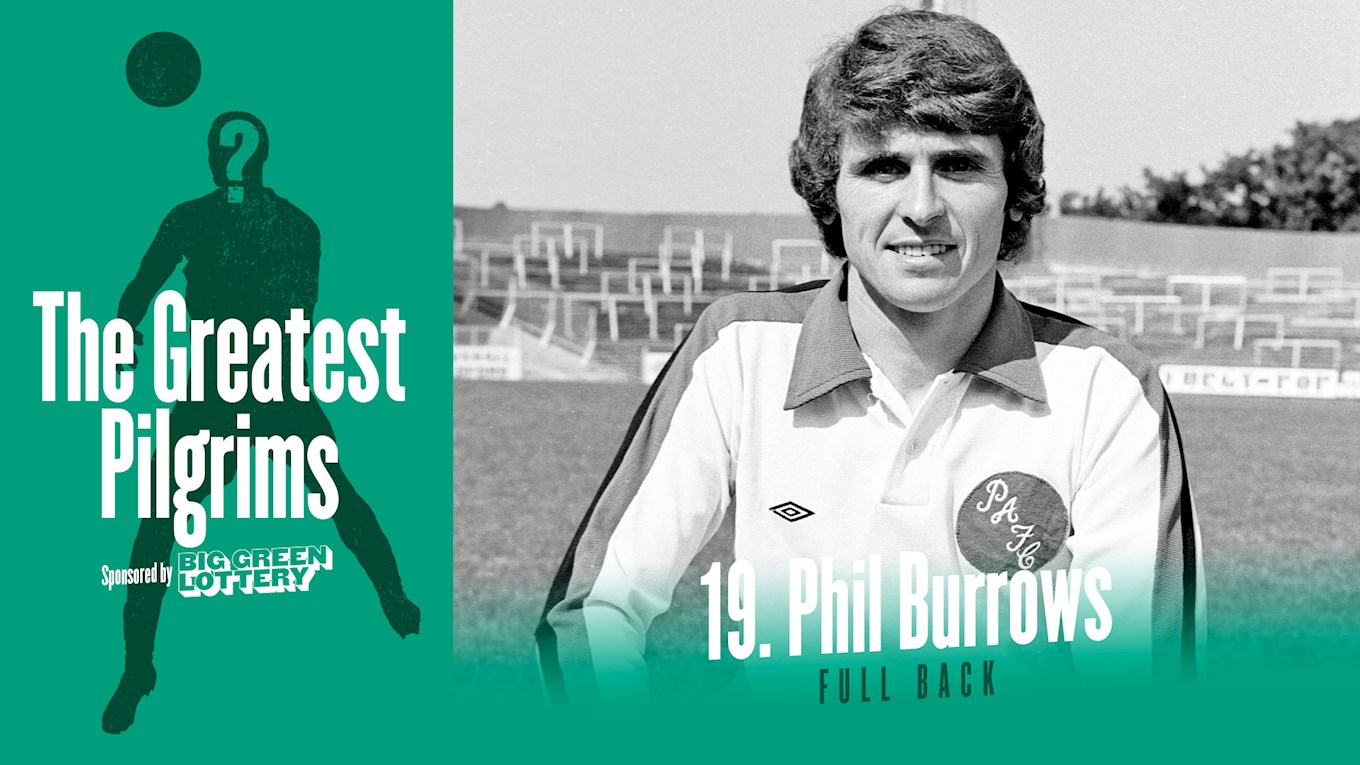 A product of the youth system at Manchester City, Phil Burrows found it hard to make his mark with the Citizens and eventually left to join York City in 1966.

Over the next eight years at Bootham Crescent, he made more than 300 appearances for the club and was an established Football League left-back when he signed for Argyle in 1974.

The Green Army were immediately endeared to their ultra-reliable new full-back, as Burrows became a major figure in the great side assembled by manager Tony Waiters that went on to win promotion in 1975.

In 92 appearances as a Pilgrim, Phil Burrows wrote his name in Home Park folklore. He later played for Hereford United before drifting into non-league football. 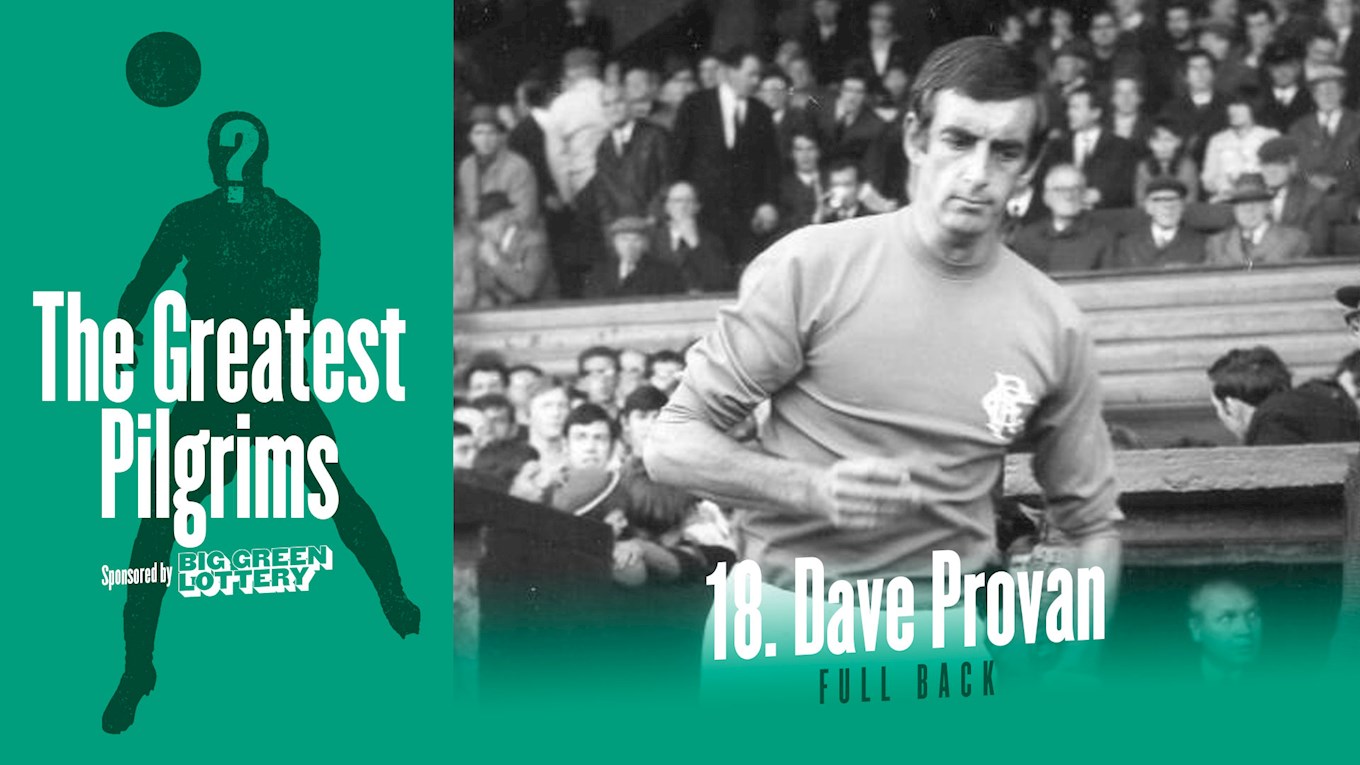 A youngster of pure class, David Provan’s talent was recognised by Glasgow Rangers and he developed into an outstanding full-back through the 1960s with the titans of Scottish football.

Provan was loved by the Ibrox faithful and helped Rangers win the domestic treble in 1964, as well as securing a place in the 1967 European Cup Winners’ Cup Final. His stature with the club is recognised by a place in the Rangers Hall of Fame.

Provan moved to Crystal Palace for a new adventure in 1970 but swiftly turned to Argyle the following year, staying at Home Park for the next four seasons, where his quality and experience was clear for all to see.

Undoubtedly one of the highest-quality footballers to have graced our club, Provan made the game look easy at times and rightly regarded as a great Pilgrim. David Provan sadly died in 2016 at the age of 75. 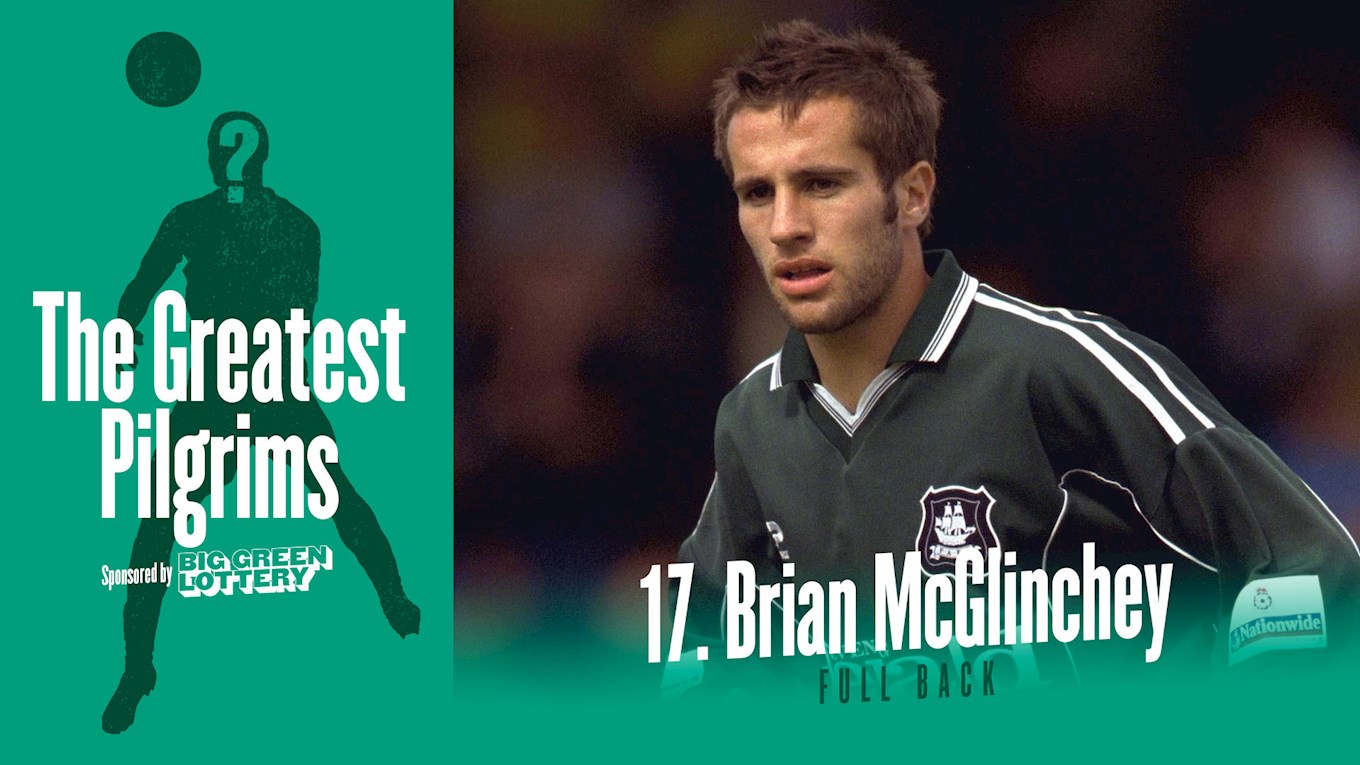 One of the first signings made by new manager Paul Sturrock in his development of a great side at Home Park in the early 2000s, Brian McGlinchey was an extremely tenacious and gifted left-back.

A Northern Ireland Under-21 international, Glinch came through the ranks at Manchester City and also enjoyed spells at Port Vale and Gillingham before his move to Home Park.

Injury curtailed his early progress as a Pilgrim but Glinch soon emerged as a quality full-back and fearless competitor. He was rightly loved by the Green Army and a great shame when he dropped out of the side, eventually opting for a move to Torquay United.

McGlinchey is equally revered at Plainmoor, where he helped the Gulls win promotion to League One in 2004. Sadly, ever-growing injury problems forced his early retirement at the age of 28 but still regarded as a great Pilgrim. 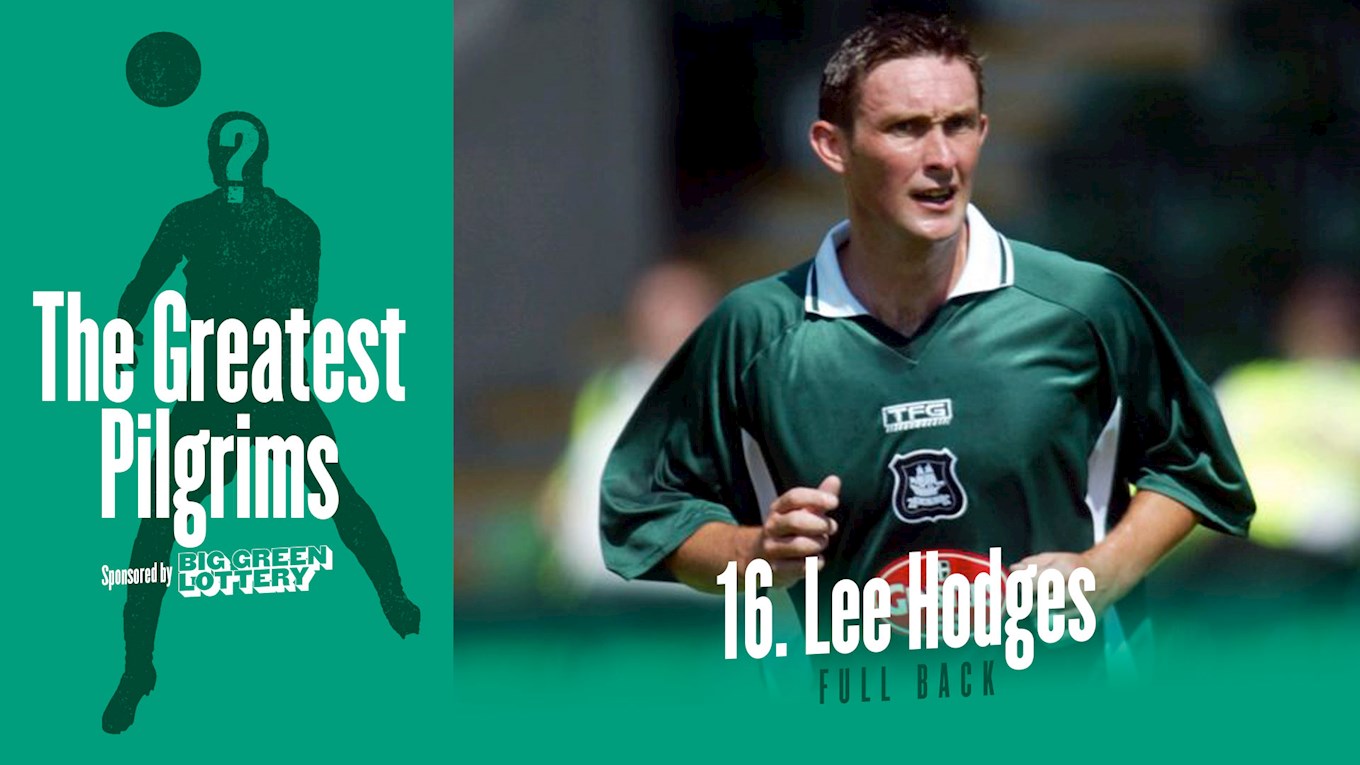 For pure versatility and honesty in every performance, few Pilgrims could match the enduring quality of the great Lee Hodges.

He started life as a young striker at Tottenham Hotspur and actually had a brief loan spell at Home Park in 1993. Hodges then played for Barnet and Reading before returning to Argyle in a permanent deal in 2001.

Manager Paul Sturrock had acquired someone literally capable of playing anywhere, deployed at left-back, left-midfield and centre-midfield on numerous occasions, as well as an emergency centre-back and even a 20-minute spell as goalkeeper at Scunthorpe after Luke McCormick had been sent off.

Hodges was a story of consistent excellence. He very rarely made a mistake, knew the game inside out and a quality performer. He left for Torquay United in 2008 and helped the Gulls win promotion back to the Football League.

It was no surprise when Hodges moved into management at Truro City and then assistant manager at Torquay. This great Pilgrim now works as a coach in the football education programme with Argyle Community Trust.